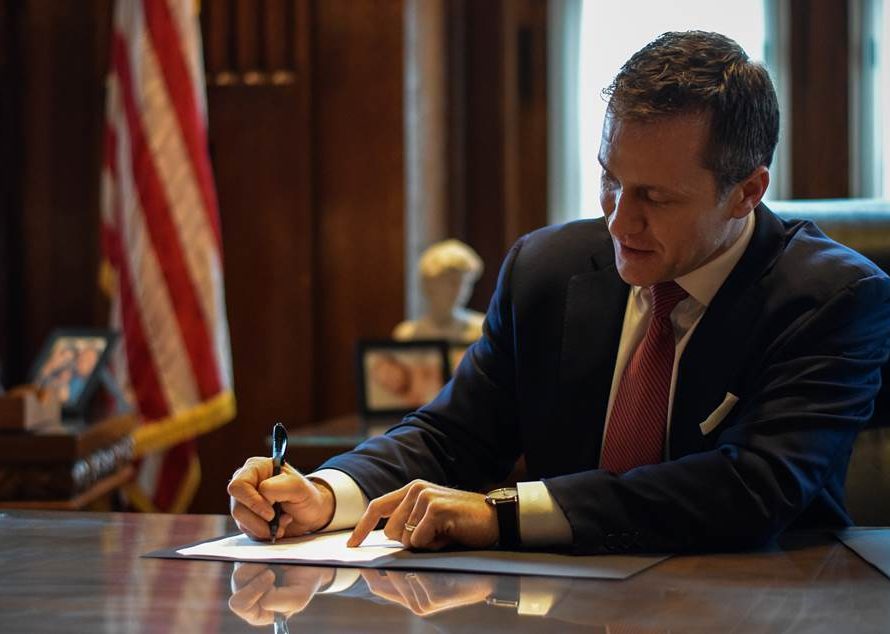 Missouri Gov. Eric Greitens has pledged to lead a fight to repeal a bill passed by the St. Louis Board of Aldermen essentially making St. Louis a “sanctuary city” for abortion, with critics contending it threatens the religious freedom of citizens and institutions opposing it. Known as Board Bill 203, it places pregnancy and reproductive health—including the decision to abort a child—alongside already protected classes such as race, gender, religion and disability in St. Louis’ anti-discrimination ordinance.

According to LifeNews.com, Missouri Right to Life has warned the bill could force landlords to rent property to abortion providers or abortion advocacy groups and to punish employers, including religious organizations, who refuse to hire someone who publicly supports abortion. “We must protect people of faith and we must protect the unborn,” Greitens told the Missouri Baptist newspaper, The Pathway. “We must win this and I am proud to lead the fight on this issue.”