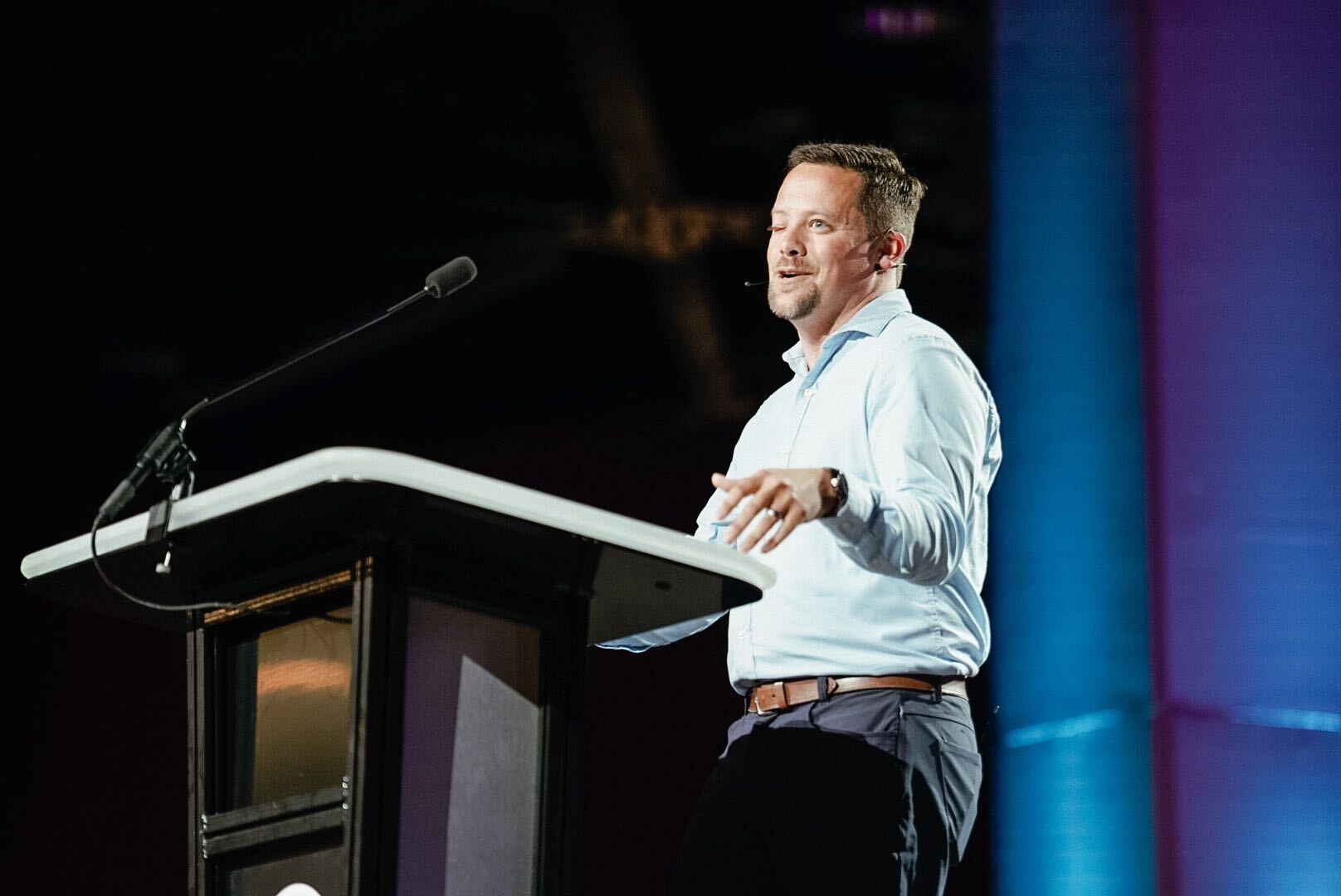 In a world that is desperate for truth and full of pain and trials, Mathew Mueller has seen Christ transform and help His followers remain grounded through it all.

And for the Phoenix, Arizona, church planter that has included broken dreams and disappointment while also providing unexpected opportunities. He shared his story during the second day of the Southern Baptist Convention Pastors Conference in Anaheim, California, June 12.

Mueller, pastor at Valley Life Church in North Peoria, said he’s never seen a time where there is such a demand for truth.

“The world desperately needs truth,” he declared as he preached from Colossians 1:21–23. In his message, Mueller noted the importance of pastors remaining grounded and steadfast in the gospel.

“We all want our people, churches to not shift from the hope of the gospel,” he said. It’s only in the truth and a firm foundation in the gospel, he assessed, that we can place our hope.

Mueller shared two truths from Scripture: First, people who are far from God can be made close. Second, through Christ, those guilty are redeemed.

No one is exempt

And pastors aren’t immune from continuing to fall short after they’ve been redeemed by the gospel. Too often pastors are tempted to make their ministries more about duty than devotion.

When we do that, he said, it “alienates us from God.” Suddenly life becomes more about building our own kingdom, and self-centeredness and pride creeps in.

The good news for all of us, Mueller stated, is Christ continues to redeem and transform.

Mueller shared how Christ has given us a new name as His followers, just like his eldest daughter was given a new name when she was adopted — a name she will be known by from now on. In the same way, we have a new identity in Christ.

“Jesus presents us… holy, blameless and faultless before Him,” he said. “How wonderful that our identity has changed.”

Mueller knows firsthand the harms of putting your identity into anything other than Christ. He had huge aspirations about going into the medical field and serving his entire career as a combat medic for the United States Army.

“I started to put my identity in the uniform I wore,” he said.

A few years ago as he was preparing for deployment, his truck hit black ice, and he nearly lost his life in an automobile accident. He ended up breaking his neck and all the bones in the right side of his face, and he permanently lost vision in his right eye.

His dreams of being a combat medic crumbled. But God had other plans.

While Mueller lost his right eye, he is able today to walk. And he remains thankful for how God has continued to move through trials, like when he launched his church plant in Arizona amid COVID-19.

In times of trial, Mueller said, moments of steadfastness can be produced. Through it all, “God will continue to work.”