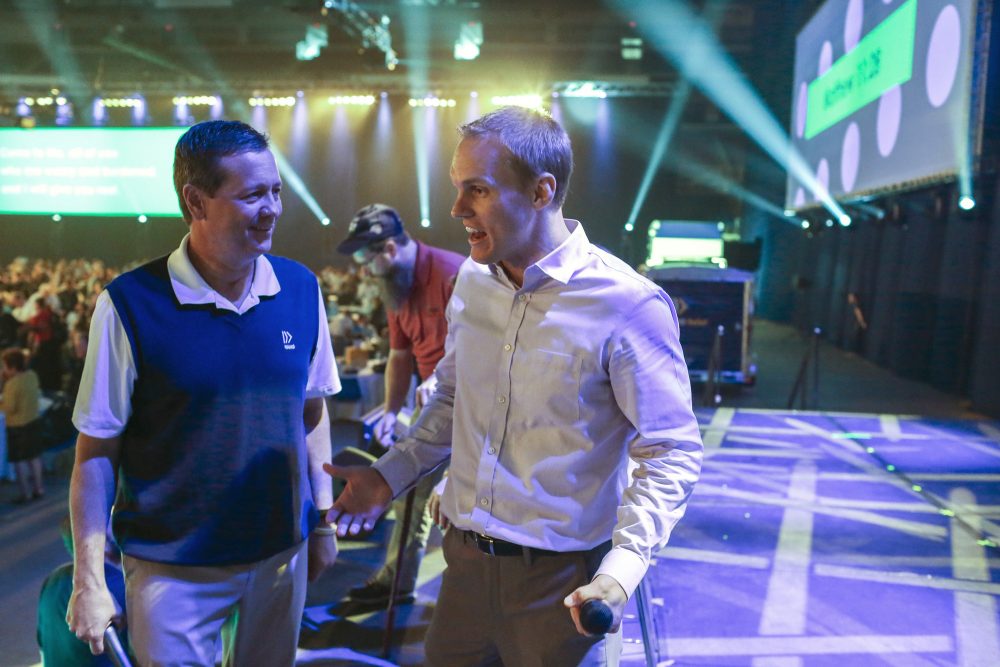 St. Louis | The North American Mission Board launched a new ministry initiative in St. Louis to help churches meet physical needs in their communities, and deliver help and hope in the process.

Send Relief, introduced at the mission agency’s annual luncheon during the Southern Baptist Convention, will focus on a few key areas of need and work with local churches to send resources into communities across the U.S.

“Absolutely every church can engage in compassion, mercy ministry,” NAMB President Kevin Ezell said at the Send luncheon, held in the Edward Jones Dome adjacent to the convention center. The packed luncheon had more attenders than the last St. Louis Rams home game, Ezell joked in his trademark style.

Flanking the stage were two mobile health units and a resource trailer that NAMB has outfitted to make compassion ministry a possibility in communities of all sizes. The mobile medical and dental clinics were mobilized to First Baptist Church, Ferguson, Mo., during Crossover, and NAMB hopes to outfit more to loan to churches, associations and state conventions.

“We saw dozens of professions of faith in Christ,” said David Melber, NAMB’s vice president for Send Relief. “One of the most encouraging things to me was to hear our volunteers talk about how they will engage their communities with Send Relief through their churches when they return home.”

Also during the luncheon, Ezell noted this year marks the 50th anniversary of Southern Baptist Disaster Relief, the partnership with state conventions and local associations that sends volunteers into areas affected by natural disasters.

“As Southern Baptists, we’re never better than when we work together,” Ezell said, adding that that’s probably never better demonstrated than in Disaster Relief.

NAMB’s new logo, which resembles the “play” button on a DVD player, is based on the idea of getting people in motion—out of their church pews and into their community, Ezell said. Noting declining baptisms, he said, “We’re all concerned about baptisms, but it starts with every church being on mission….We have to engage in our community.”

– With reporting by Baptist Press