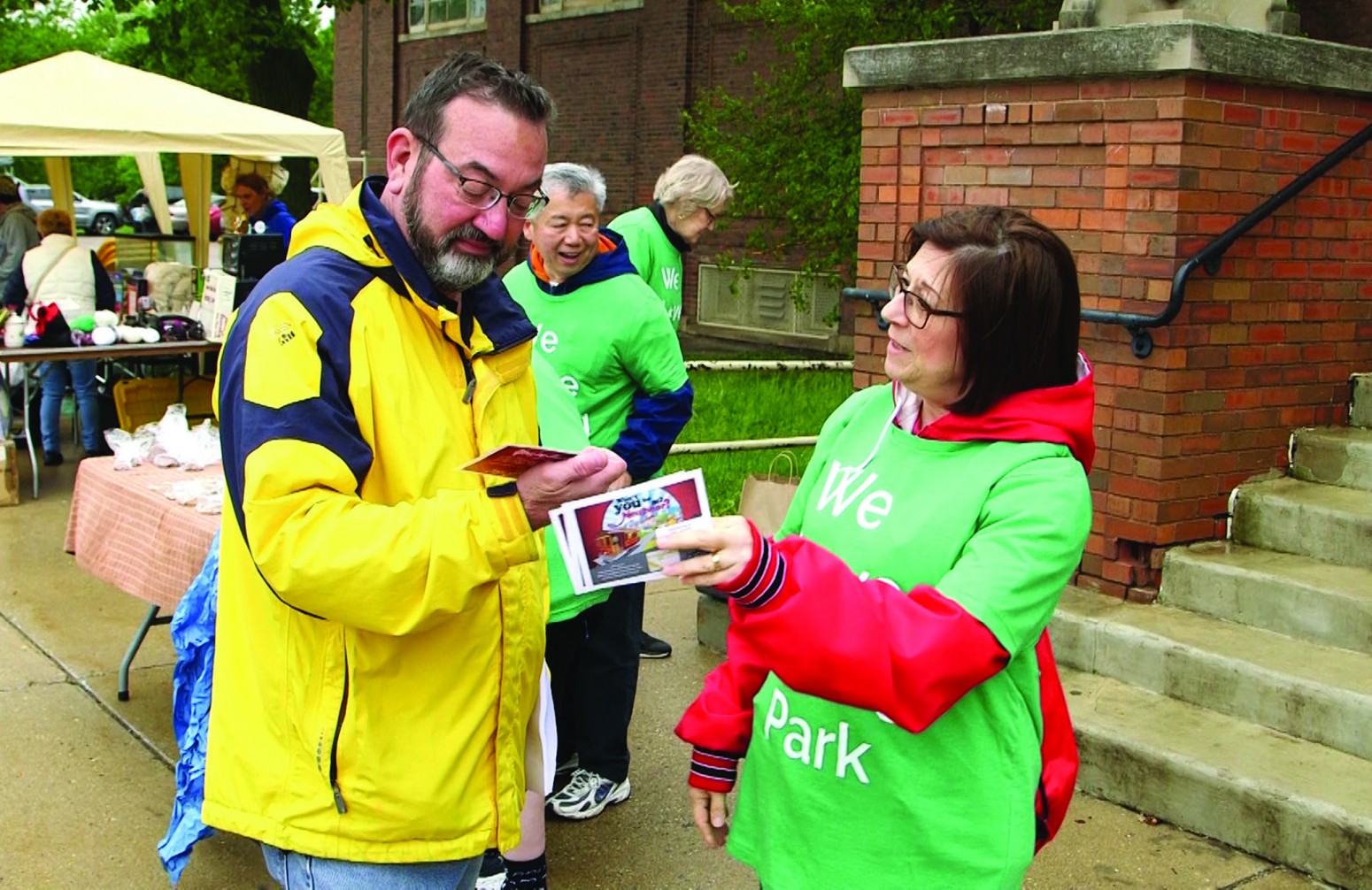 The strategy is simple. Lost people know lost people. They hang out with lost people. If you lead one lost person to faith in Christ, suddenly you have broken into a whole new circle of people who need Jesus. And the most effective witness to the gospel is someone whose life has been changed by salvation in Jesus Christ—especially if it’s happened recently.

That’s why the Illinois Baptist State Association continues to invest in church planting as an important and effective strategy for evangelism. There are lots of places in a state of 13 million people where there is little or no evangelical witness.

IBSA is identifying 200 places and peoples that need Jesus. With at least 8 million lost people living just next door, it won’t be hard to put those pins on the map.

For Bryan and Marci Coble, that pin landed in the Irving Park area of Chicago, far away and far different from her small hometown in Chatham. For Derrick and Ailee Taylor, that pin was right next door, in their own rural community of Staunton. Here are their stories.

Marci Coble was raised near Springfield under a strong Baptist influence. Her grandfather, Maurice Swinford, was on IBSA’s staff 15 years and served as executive director from 1988 to 1993. “He was always making sure I knew who Jesus is,” Marci says with a tear in her eye. She was a GA and Acteen, and worked one summer at Lake Sallateeska Baptist Camp.

“I was allotted a lot of opportunities and a lot of blessings that I probably wouldn’t have had without his influence and without being his granddaughter—even my call to missions.”

She is almost as emotional describing Chatham Baptist Church. “I grew up there, I was baptized there,” Marci says. “Bryan and I were married there. They shaped me and molded me and I’m blessed to call that my home.”

So when Marci’s husband, Bryan, suggested when he finished his seminary studies that they move to Portland, Ore., to plant a new church, Marci’s brows furrowed. She was willing to go wherever God led them—in fact, they visited the Pacific Northwest on a vision tour—but might God lead them to Chicago?

“Bryan had set up an appointment in Portland. And we received a note from my grandmother with an article from IBSA letting us know they need church planters in Illinois too.” Marci laughed. “And we were like, ‘Oh, that’s so sweet. I love Grandma.’” But the message stuck.

“I didn’t want to come to Chicago,” Bryan readily confesses. “I was raised 60 miles south of St. Louis and grew up a St. Louis Cardinals fan. When we started to pray about Chicago, God actually told me—this may sound crazy,” he says as an aside, “to get a Chicago Cubs hat and wear it for 30 days.”

Bryan shifts the Cubs hat on his head, as if he’s adjusting to the fit.

A similar feeling started growing back in Chatham, Marci’s home church in suburban Springfield. The town of 11,000 is one-seventh the size of the Cobles’ new neighborhood. And for the church members there, Chicago has seemed like someone else’s responsibility.

“To be honest with you, Chicago has always seemed very distant to us,” says Pastor Milton Bost. But having a hometown girl serving as a missionary in the big city has changed things.

“I think Bryan and Marci are kind of pioneers for us,” Bost says.

Chatham has become heavily involved in the Cobles’ planting work 200 miles away. “Folks from Chatham came up to help us do this,” Bryan says on a rainy Saturday morning in April. A children’s playground in the center of their neighborhood is also the epicenter of their planting work. “(We) hand out flyers, hand out cookies, talk to people, build relationships.” The park is covered in people wearing green T-shirts declaring their love for the area.

“We want the community to know that we love them, we’re here to invest in them first and foremost,” Marci says.

The couple moved their two boys there last year—in time for the Cubs’ World Series win. They began surveying the city and seeking God’s direction. In the spring the Cobles bought a small condo in a pre-war three-floor building, and started meeting the neighbors—Hispanics, Anglos, and some Asian people. Their goal is to launch a Bible study, then a church, in the recreation building at the park.

“Chicago is a world city. It has high influence not just within the state of Illinois, but in the world,” Bryan says. “We need to be able to reach these people with the gospel. We do it in love, so that they will hopefully come to know Christ and be changed by the gospel. And the world with them.”

Derrick and Ailee Taylor didn’t have to move across the state to their mission field. Their surrender was a different kind, a surrender of the heart and a willingness to trust. “I lost sleep over it,” Derrick says. “I wrestled with it.”

The police officer in Staunton, Ill., (population 5,000) calls himself “a regular joe.” Definitely not a pastor.

No pastor came. Instead, God sent Derrick a message. The messenger was IBSA’s Eddie Pullen.

“He just looked me straight in the eyes,” Derrick recalls. “He said, ‘Derrick, you’re it. No one else is coming. It’s you.’” Pullen is one of eight church planting catalysts who are presently equipping more than 80 church planters in the state. Their work is supported in part by the Mission Illinois Offering.

Receiving Pullen’s message, Derrick got to work planting a church. Net Community Church launched in 2016, and in just under a year, 29 people have been baptized.

“Our heart is for rural communities that
cannot often sustain a new church plant,” says
Derrick’s wife and ministry partner, Ailee. “We’re bivocational—that’s the key. Church planting is something that we’re very, very passionate about because these people need Jesus just as much as people (in large cities).”

That passion has been proven in Staunton as the Taylors and Net Community Church members have invested time in the local food bank. “The Helping Hands Center is a place where people can come and see Christ lived out,” Derrick says. Working with other churches and local firefighters, the Taylors led the relocation and renovation of the center, which is now open two days a week, feeding hungry people in a town many miles from the usual compassion ministries.

“We felt it would be an excellent way to reach the unchurched that are clearly living at times without hope,” Derrick says. “(God) has confirmed my call over and over again, when I see the addict set free, a marriage healed, people giving their life to Christ (and) being baptized.”

“We’ve been able to be a light to new people,” Ailee adds. “We just had to have faith. That’s all we needed.”