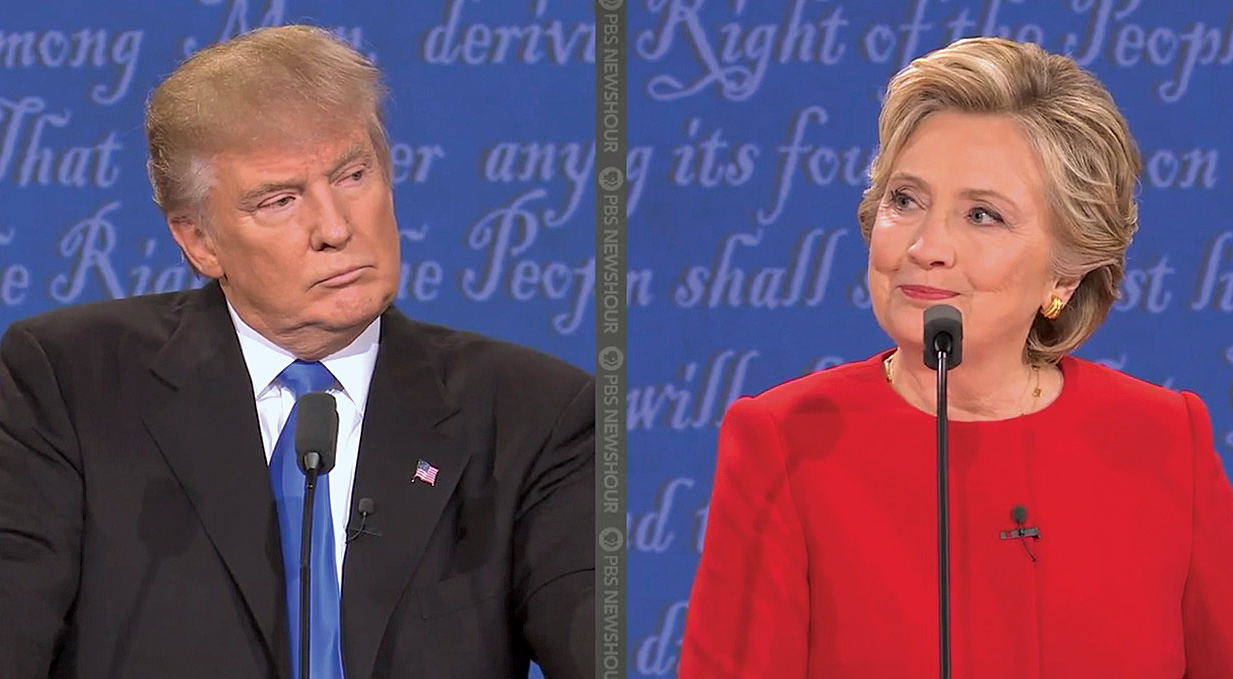 Race relations, personal ethics and terrorism were among the topics discussed by Donald Trump and Hillary Clinton Sept. 26 in their first head-to-head presidential debate. PBS screen capture from YouTube.

My freshman civics teacher in Harrisburg was Melton Ewert. Mr. Ewert impressed upon me that voting is a privilege that millions of people in other parts of the world are not allowed to exercise. In communist countries you can vote, but only for one party, only one slate of candidates. God has blessed America with the gift of self-government—a “government of the people, by the people, and for the people.” But this blessing also comes with tremendous responsibility.

In a time of conflict over candidates and ideals, we as Christians have a duty and a moral obligation to be involved in the democratic process. We are called by our Savior to be salt and light. As salt we are to flavor the conversation of life with our Christian faith and values. As light we are to shine our light and point others to Jesus Christ

Imagine the impact we could have on our government, its leadership, and our nation if we all simply registered to vote and voted for biblical values. But of the 84 million professed Christians in America, less than half are registered to vote.

The patriot and educator Noah Webster said, “When you become entitled to exercise the right of voting…let it be impressed upon your mind that God commands you to choose for rulers just men who will rule in the fear of God. The preservation of a republican government depends on faithful discharge of this duty.

“If the citizens neglect their duty and place unprincipled men in office, the government will soon be corrupted; laws will be made not for the public good so much as for selfish or local purposes; corrupt or incompetent men will be appointed to execute the laws; the public revenues will be squandered on unworthy men; and the rights of the citizen will be violated or disregarded.”

We can be grateful that God has given us specific guidance with which to qualify prospective civil leaders. When he instructed Moses to choose leaders for the Hebrews, God said, “Select from all the people able men, such as fear God, men of truth, hating covetousness; and place such over them to be rulers of thousands, rulers of hundreds, rulers of fifties, and rulers of tens” (Exodus 18:21, KJV). That guidance became the foundation for the choosing of leaders in ancient Israel.

If only Israel had followed God’s instructions they would have avoided the eventual selection of Saul as king, tall and popular, and a complete spiritual failure.

The application today is this: We must not be swayed by popularity, forcefulness, brilliance, good looks, or charisma. Rather, we must search our own hearts and motives, then seek God for discernment. Each of us bears a sacred duty to analyze, test, and make biblically-based decisions about the character of the candidates. We must choose men and women who meet God’s requirements and reject those who don’t.

And we must vote.

Stephen Nyberg is pastor of Pankeyville Baptist Church in Harrisburg and a member of the IBSA Resolutions and Christian Life Committee.