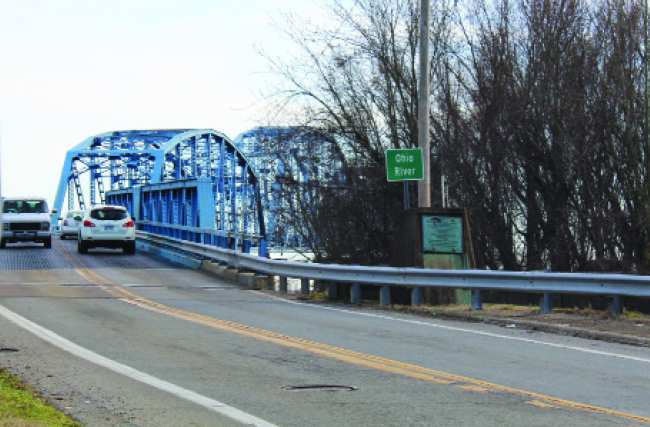 “We lost our grocery store. We lost our bank. The only consistent business in town is the bar,” the pastor says.

Sitting on the banks of the Ohio River, near the southern tip of Illinois, Brookport has seen brighter days. Drive through town and you’ll see evidence of the struggles. Like many small towns in Illinois, closed mom-and-pop shops and long-vacant storefronts are the remnants of a once thriving local economy.

Of Illinois’ 102 counties, 87 shrank in the last decade. Rural counties and small towns saw heavy losses, while the few growth areas were urban and suburban, like Chicagoland, Metro East, and the college hubs of Bloomington and Champaign. Illinois’ five southernmost counties, where Brookport lies, lost a staggering 18.7% of their residents. It’s obvious on the streets.

Across from the abandoned hardware store sits a boarded-up church building. Just a few blocks north lie the charred bricks of another church that recently burned. At first glance hope is in short supply.

But David Siere says God is at work in Brookport.

Known to most in the community as “Buck,” Siere has served as pastor of Brookport’s First Baptist Church for 18 years. On this Monday afternoon, he sits at his desk and flips through papers and points out numbers from the past two decades. “God has been good to us,” he says. Some years have seen more blessings than others. One year they baptized 19, but he is quick to also point to years with zeroes.

“I could look at the number of baptisms over the years, and say ‘that’s not bad,’ but I know in my heart of hearts that there are so many more out there,” he says through emotion. The economic struggles and transient nature of many people in the town, population 1,000, can make ministry difficult. But it can also present opportunity. “I can go to the same address two or three times a year and find someone new there. If I get to them while they’re there, something might happen.”

Scott Harris lives for opportunities like this. Harris is IBSA’s director of evangelism and leads the Mission Team. “Lost people are everywhere around us,” he said. “There is no place too small or too large for there to be a need for the gospel.”

Harris is working with FBC Brookport to help the church take their next step. Their journey started with a conversation about the one thing Siere most wanted to see in the church.

The pastor points to charts drawn in marker on large sheets of paper stuck to his office wall. “Scott came in and talked and helped me see where we have been and where we might be going.”

An evangelistic culture quickly surfaced as the greatest need for the future. Harris helped him get to the root of why the church wasn’t more evangelistic. Did they just need better training? Did they need more organized structure to make this happen? 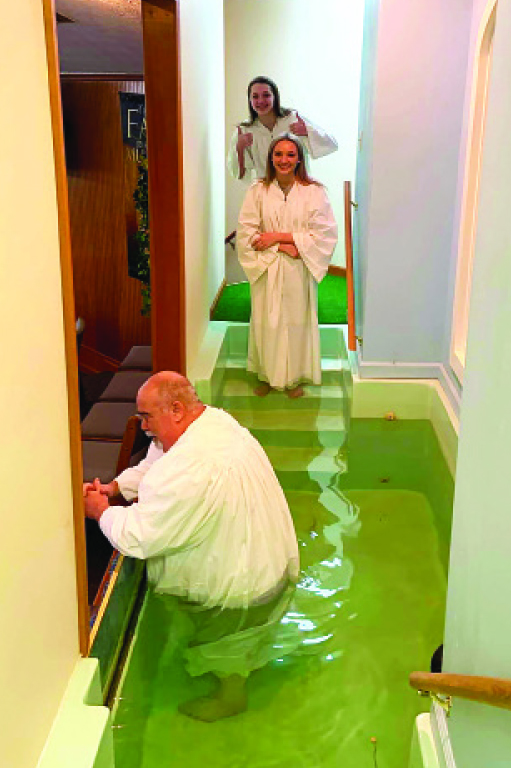 Olivia and Allyson waiting to be baptized.

The pastor’s desire is to be a more vibrant witness in his everyday life, so it might come as a surprise that God didn’t start there. Instead, Siere says God reminded him of the need to share the gospel clearly in his preaching and to call for a response. So, he scrapped his sermon for the next Sunday and began working on a simple gospel message.

Enter Olivia and Allyson, ages 14 and 16. “They are sweet girls,” Siere said. “We’ve had a relationship with their family for years.” They had been recipients of gospel seed sown for years by bus ministry drivers, VBS leaders, Sunday school teachers, and children’s church workers.

Siere preached a focused gospel message from John 14:1-6 that day. He knew the Lord was at work in both girls, but they did not respond. The call from a family member came later that day. The girls needed to talk to the pastor about Jesus. Monday morning, David visited with the family at their home, and both girls accepted Christ as Lord.

“The pastor called me and said, ‘I just led two sisters to the Lord.’ And he was on cloud nine,” Harris said. “That’s going to change the culture of that church.”

“God is at work,” Harris observed. “The gospel still changes lives. It’s changing lives in Brookport and it can do the same in every town across our state.”

“My desire is that when the next pastor comes in, whenever that may be, I want to leave him something good to build on,” Siere said. “There’s hope for Brookport, and for the lives of more people, young and old, like Olivia and Allyson. Jesus does the work. We’re just called to be obedient.”