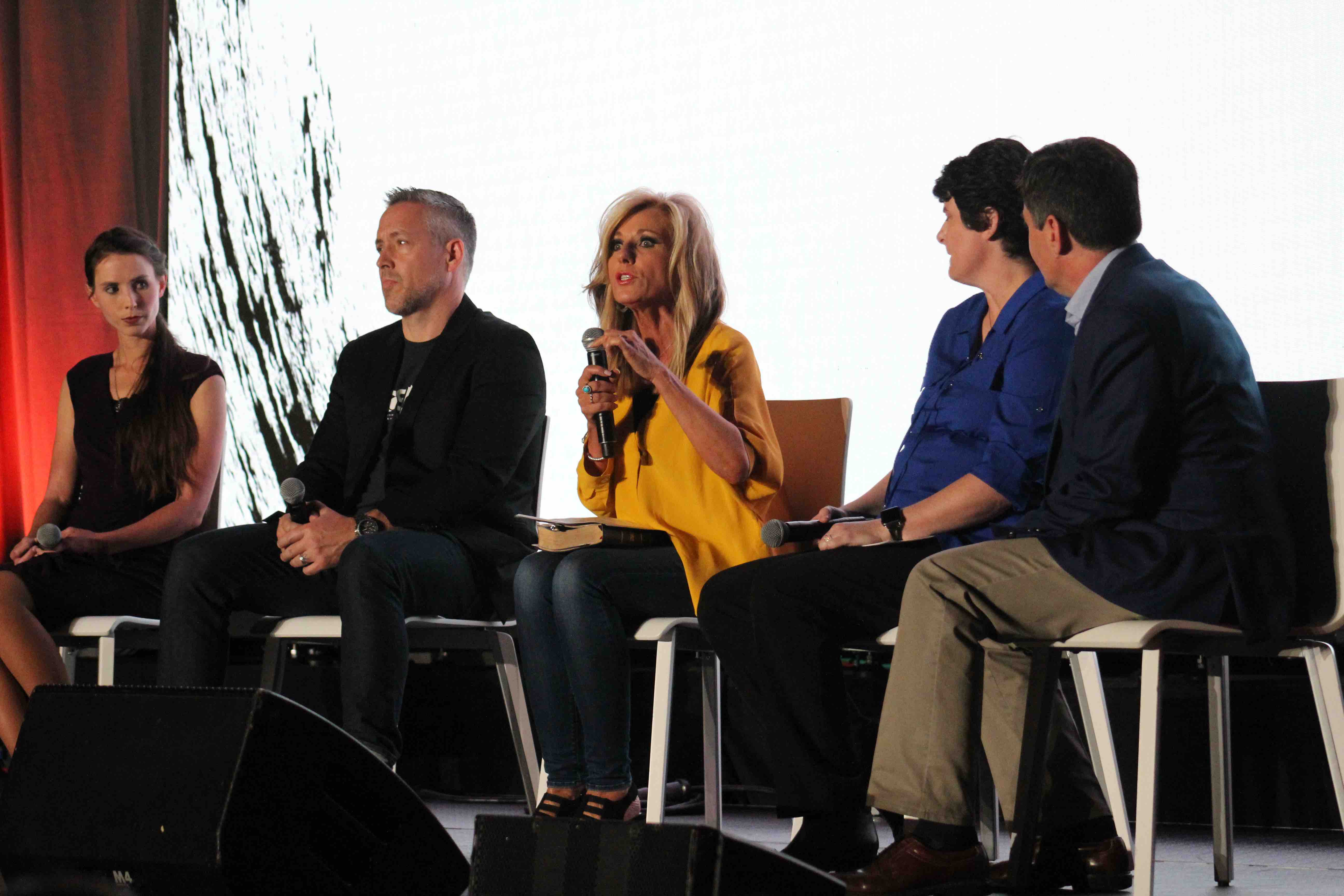 Following the release of a 52-page report on sexual abuse and the Southern Baptist Convention, survivors and advocates in Birmingham discussed the path to prevention and caring well for survivors.

“One of the things God is doing is shaking a sense of invulnerability,” said Ethics and Religious Liberty Commission (ERLC) President Russell Moore, referring to thinking that says “it can’t happen in my church.” Last spring, a Houston Chronicle series uncovered hundreds of cases of abuse perpetrated by Southern Baptist ministers and volunteers.

“God is uncovering some awful things,” Moore said. “But at the same time, he’s raising up amazing, encouraging things too.” Like listening to the voices of survivors, he added.

One abuse survivor, Susan Codone, shared her story during the panel discussion hosted by the ERLC June 10 as part of the Southern Baptist Convention in Birmingham. Condone was a teenager when she was abused first by her youth minister, and then by the pastor of her church.

Though her abuse was 35 years ago, Codone said, she doesn’t see much change in how things are often handled now. After his abuse of her, the youth minister spent “33 years of unimpeded ministry” in her home city of Birmingham, she said. Codone refers to it as a “catch and release policy.” Abusers are caught but then released, many to abuse again.

Codone’s story is part of a report released prior to the Birmingham meeting by the Southern Baptist Sexual Abuse Advisory Study. The study group, appointed by SBC President J.D. Greear in response to a motion made at the 2018 annual meeting, spent a year interviewing survivors, advocates, experts, and church leaders on how Southern Baptist congregations can best handle cases of abuse and exhibit care for survivors.

When the SBC’s annual business session begins June 11, voters (called “messengers”) will consider a constitutional amendment that specifies sexual abuse as grounds for discontinuing cooperation with a church. Messengers also will vote on whether to establish a standing committee that would investigate claims of misconduct against churches related to abuse and other issues.

Prior to Monday evening’s panel discussion, an article in The New York Times detailed an allegation of abuse involving a former children’s minister at The Village Church in Flower Mound, Texas. Christine Bragg, mother of the girl Matthew Tonne was arrested for molesting, says the church is more interested in protecting itself than her daughter. Village Church pastor Matt Chandler will join the Baptist21 gathering of young leaders on Tuesday to address the story.

During the panel discussion Monday night, Rachael Denhollander spoke often from the perspective of the sexual abuse survivor community. Denhollander, a member of Greear’s study group, was the first woman to publicly accuse gymnastics doctor Larry Nassar of sexual assault. She cautioned ministry leaders against the notion that survivors want to throw stones at churches.

Denhollander encouraged church leaders to utilize two strategies to facilitate a “heart shift” on dealing with abuse: First, imagine what you would say if it was another type of crime. For example, she said, if someone was robbed at your church, would you ask the victim if they had been wearing an expensive suit, if maybe they had invited the crime.

Second, she said, how would you treat this if it were a physical injury? All too often, the panelists said, we ignore the devastating effects of trauma from sexual abuse.

Author and Bible teacher Beth Moore, also a survivor of abuse, spoke of how Jesus heals, how in him there is no darkness, and how he can be fully trusted. The ministry she has had after abuse hasn’t made it worth it, she said, but Christ has made it matter.

“I pray that the enemy is sorry that he messed with me,” Moore said. “That it backfired on him so badly because ministry came from it.” As she spoke, a young woman sitting near the front front of the room wiped tears from her face. She nodded again and again, whispering “yes.”

Jesus had spent all day teaching the crowds through parables. In what probably was a more tiring task in a more private setting, he explained those parables to his disciples. At the end of the day, he was tired and needed a break from the crowds. So at his insistence, they got into a boat […]