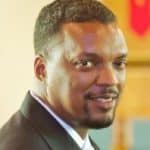 In April, a young man claiming to be a missing Aurora boy was found wandering the streets in a Kentucky town. Timothy Pitzen had disappeared eight years earlier at age six. His mother had left a note saying the boy was safe before she killed herself. A test using DNA from Pitzen’s father showed the young man wasn’t Pitzen, but 23-year-old Brian Michael Rini. He had just been released from prison in Ohio and decided to masquerade as the lost boy.

In a confrontation with Jesus recorded in John 8, some Jewish leaders made claims about their spiritual paternity, but Jesus administered a test to clarify who is truly a child of God. Here’s the test:

Word: The word of God abides in the child of God (v. 31). Abide means “to remain,” and the true Christian stays in the word. He is not “in” for the weekend and “out” for the rest of the week. God’s offspring need constant contact with their Father in order to live and to grow.

Work: The actions of the disciple must reflect the one they follow (v. 39). Jesus told the Jews if they were Abraham’s children, they would engage the works of Abraham, not their own wicked agenda. Since belief determines behavior, what we practice on a daily basis demonstrates what we truly believe.

Will: Jesus made a promise, but the choice is up to the disciple. Will we keep his word (v. 51)? The true child of God will embrace God’s word and hold tightly to what he says through the highs and lows of life.

That’s the test of spiritual paternity.

Prayer Prompt: God, help me examine my heart in light of your word; for your word is truth. May I turn from sin and seek your face, for you alone are able to transform my heart and make me your true child.