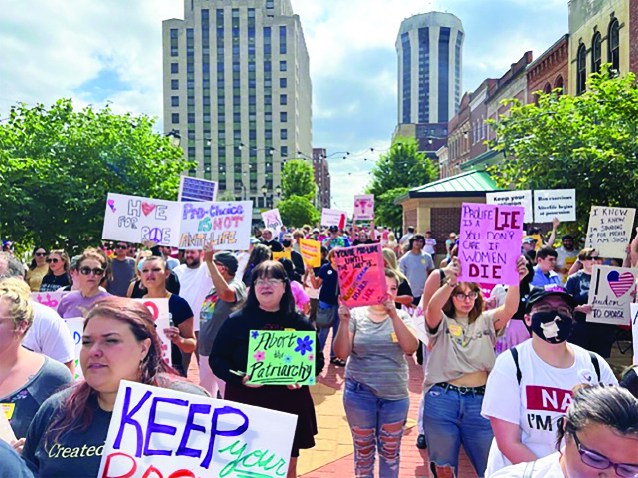 Marches in large cities have resumed, including one in Springfield July 9, but the protests are mostly by people angered by the overturning of legalized abortion on the federal level. Pro-life demonstrations are more likely outside abortion clinics. The rallies raise the question: How pro-choice is Illinois?

Gov. J. B. Pritzker said, “The majority of people in the state of Illinois are pro-choice,” as he announced plans for a special session of the General Assembly to strengthen already liberal abortion laws in Illinois. But a new poll of Illinois voters shows they may not be as “progressive” on the issues as purported. 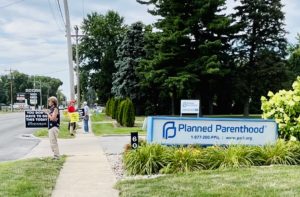 The U.S. Supreme Court’s ruling overturning Roe v. Wade returned the legality of abortion to the states for the people to decide. That’s why Tim Moore, president of Springfield Right to Life, said it’s important for voters to think strategically at the voting booth. This includes not only finding out the candidates’ views on abortion at the state senate and house levels, Moore said, “but as they’re coming up through the park board and the school board. Those [offices] are the steppingstones.”

The remainder of the survey’s findings seem to bear out Moore’s thinking. When asked about allowing time limits on abortion, in addition to the 22% who favored no limits at all, 26% said they favored abortion up to 20 weeks’ gestation, 18% said up to 12 weeks, 16% said up to 6 weeks, and 17% said never, even if a mother’s life were in danger.

These views on a timetable for acceptable abortions stand in contrast with the Illinois Reproductive Health Act passed in 2019, which sets as its standard for abortion as up until viability. However, it does allow, at the medical provider’s discretion, for abortions to be performed up until birth if the mother’s health is in distress.

The Act defines health as including not only the patient’s physical condition, but emotional and psychological conditions as well. But there are no other legal standards or regulations in place to serve as a guide for that determination making abortion in Illinois legal up until birth.

Illinoisans, by a wide margin, do not support taxpayer funding of abortions: 56% said no, 28% yes, and 17% unsure. And the survey found 78% of voters favored notification of a minor’s parent or guardian, but the Parental Notification Law was repealed June 1.