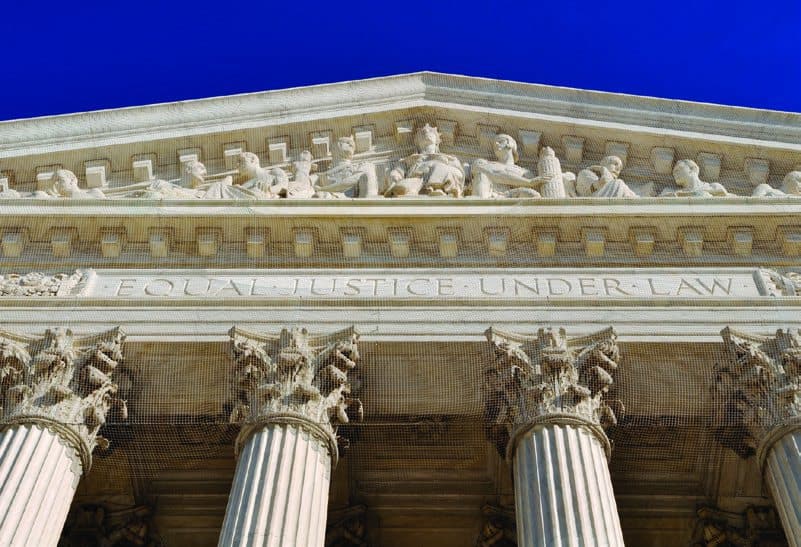 Washington D.C. | More than 20 pregnancy centers in Illinois have filed a friend-of-the-court brief in support of California pregnancy centers that are facing a challenge to their mission to provide abortion alternatives.

Chicago-based law firm Mauck & Baker filed the brief with the U.S. Supreme Court Jan. 11 in the case of National Institute of Family and Life Advocates (NIFLA) v. Becerra. The case is based on California’s 2015 Reproductive FACT Act, which forces pregnancy centers to inform clients about public programs that provide family planning services, including abortion.

Illinois pregnancy centers have faced similar legislation. Last year, Mauck & Baker along with the Alliance Defending Freedom won an injunction in Illinois Federal District Court stopping lawmakers’ efforts to enforce a 2016 amendment to the Healthcare Right of Conscience Act, which forced medical professionals to inform women where they could obtain abortions. Hawaii has a similar law in place.

“Illinois centers contend that they, like the California centers, are also being targeted by state efforts to force them to provide pro-abortion information to those who come to them for support,” Mauck & Baker said in a release.

If the justices uphold the California law, pro-life centers would be forced to notify their clients of the availability of abortion services elsewhere, or face a fine of as much as $1,000 a day. The Supreme Court said Jan. 24 it would hear oral arguments in the case on March 20. The justices are expected to issue a ruling before they adjourn in late June or early July.

The Southern Baptist Ethics and Religious Liberty Commission (ERLC) filed its own amicus brief in the case on Jan. 16.

“The outrageous demands being made in this case strike at the very heart of the freedom this nation has always sought to uphold and protect,” said ERLC President Russell Moore. “Time and again, we see the abortion industry maneuvering to silence any and all dissent that would threaten their industry of death.

“I’m hopeful the Supreme Court will rule against these efforts that aim to steamroll groups serving vulnerable women.”

The ERLC joined the National Association of Evangelicals, Concerned Women for America, National Legal Foundation, and Samaritan’s Purse in its brief.

The California legislature in its findings regarding the Reproductive FACT Act “showed disapproval of the anti-abortion message of the pregnancy centers and the desire to rein in that speech by compelling the centers to declare a pro-abortion message,” the brief says.

The ERLC and the other organizations point out that various federal courts of appeals disagree on what standard of review to use in “compelled speech cases involving abortion notices.” They argue the high court should apply strict scrutiny as the uniform standard, which is the highest standard in the U.S. legal system, requiring the government to show it has a “compelling interest” and is using the least restrictive means to limit a constitutional right.

According to the ERLC’s brief, California’s law “compelling pro-abortion speech at pregnancy centers committed to a pro-life viewpoint does not satisfy strict scrutiny and is, therefore, unconstitutional.”