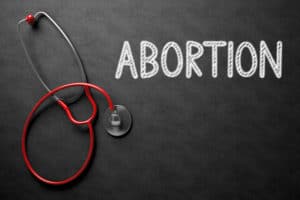 Waukegan | As non-essential businesses remained closed due to the COVID-19 pandemic, Planned Parenthood opened a new clinic in northern Illinois. The clinic is the organization’s 19th in Illinois and, like its predecessor in Fairview Heights, was built in secret. The Waukegan Health Center is located within a 1.5-mile radius of both a middle and a high school.

The Pro-Life Action League organized a protest May 22, posting on Facebook that 400 people turned out to speak out against the clinic.

Waukegan is in Lake County, the third largest county in Illinois. According to a May 12 media release from Planned Parenthood announcing the opening, the clinic was originally scheduled to open in March, but was delayed due to the Coronavirus.

Quirke has visited the location and noted the new landscaping includes multiple fir trees around the entrance, and that the public sidewalks have been removed from around the building. The building formerly housed a bank and has 100 parking spaces.

Quirke urged churches and church members to act. “We have given up our religious rights, we have allowed abortion rights, and have remained silent,” she said. “We have to mobilize.”