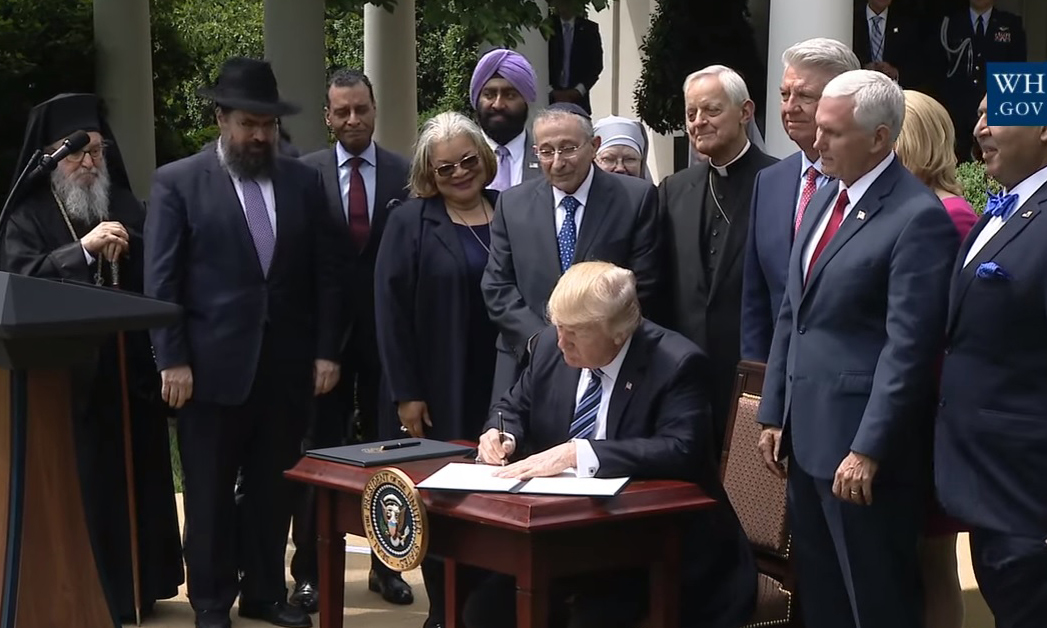 On May 4 – The National Day of Prayer – President Donald Trump, signed an executive order promising to provide churches, non-profit organizations, and Christian-owned business greater religious liberty. Reaction among Christians, especially evangelicals has been mixed. Here’s a round-up of some of those reactions:

Baptists cautious on Trump executive order
Russell Moore, president of the Southern Baptist Ethics & Religious Liberty Commission, said, “After years of open hostility toward religious institutions and conscience from the previous administration, this executive order is a welcome change in direction toward people of faith from the White House. Not only that, but many federal agencies are working already to ensure that the executive and administrative violations of religious freedom from the Obama administration are being rolled back.” Read more from Moore and other Southern Baptists.

Reaction mixed on order targeting birth control, churches, politics
Trump’s executive order targeted the Johnson Amendment, a provision of tax law which prohibits churches from getting directly involved in political campaigns. But it stopped short of his vow to “totally destroy” the amendment, instead instructing the Internal Revenue Service to enforce the law consistent with how it’s done so in the past — allowing speech on political and moral issues as long as it doesn’t advocate the election or defeat of a particular candidate.

Analysis: Trump order unlikely to alter sermonizing
Many Americans want religious leaders to be clear about their values and how those values impact every aspect of life, including politics. And they want churches to be free to practice their faith, which includes discussing politics without any government intervention. But few want their preacher’s advice on which candidate to vote for.