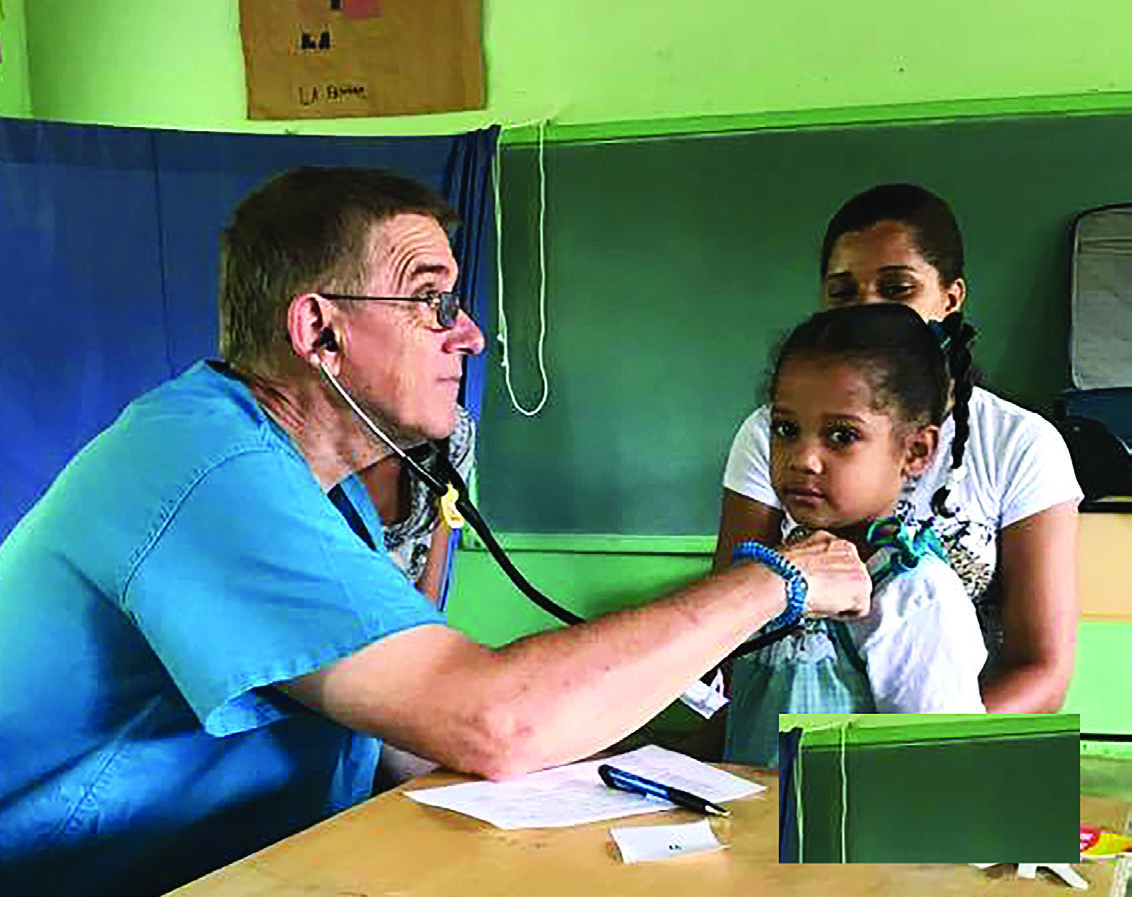 Cairo | The town at the extreme southern tip of Illinois isn’t known for many positive events these days. Once-thriving Cairo, on the river banks where the Ohio meets the Mississippi, is marked largely by crumbling buildings. Down to just a couple thousand residents, the community has suffered racial divides and extreme poverty.

But this summer, more than 300 Illinois Southern Baptists set out to bring the hope of Christ to the beleaguered town. Teams went out into the community doing mission projects July 24-28, culminating with a festival in the park on Saturday, July 29.

And the summer mission work wasn’t only in downstate Illinois.

In Chicago, students from seven IBSA churches teamed up with church planters in the city to survey neighborhoods and learn about the planting process. Judson University is a partner in the project, housing the students on their Elgin campus for worship and training sessions.

“We saw a significant increase in direct evangelistic engagement and the development of a core group for a new congregation,” said Dennis Conner, director of church planting in the northeast region.

This is the fourth year of the ChicaGO Week project, designed in part to develop a pipeline of young people who are interested in starting evangelistic congregations in the state’s largest metro. “Particularly from those groups that have been here consistently, I think there is openness in these students to investing the rest of their lives in Chicago as a mission field,” Conner said. “We tried to sharpen the focus: love Chicago, love church planters, and love church planting.”

One group of students from Clarksville Baptist Church and First Baptist of Church of Metroplis joined with Church Planting Catalysts Ken Wilson and Tim Bailey and IBSA staff members to serve on an Extreme Team. Their job was not to assist a church plant, but to start one.

Their target: Pingree Grove. This tiny community west of Elgin is witnessing a building boom, with 3,000 new houses expected by the end of 2018—and no church. Well, it once had two churches. Now the teeny town has a steepled community center and a Hindu temple.

“Many would say that going door-to-door no longer works,” Bailey said. “Well, we found a different response. This team of energetic teenagers and adults over the course of four days knocked on over 700 doors!”

The team invited people to a worship service on Thursday evening at a nearby charter school, with the intention of starting a new congregation. “We planned to just collect information and be done with it, but the Lord kept opening doors,” Bailey said.

IBSA teams also worked in Toronto, Jamaica, and the Dominican Republic, staging Vacation Bible School for local children. And in June, a team of eight women and one man from Illinois went to southeast Asia at the request of the International Mission Board to host leadership retreats with national partners.

The Christians living in the country sometimes suffer persecution by the Muslim majority. “If our (Asian) sisters are sharing Christ without fear, we shouldn’t let our fear, which is often psychological, hold us back,” said IBSA’s Carmen Halsey. She said the need for more churches to minister there is great.

The team helped at day centers where girls and young women can go to bathe each morning, get clean clothing, and learn to sew. The items they sew are sold through Woman’s Missionary Union’s World Crafts Marketplace. By learning a trade, the young women are bringing money into the family and are less likely to be forced into arranged marriages to older men who are likely to already have multiple wives. They also learn about Jesus and are discipled in the faith.

A gospel flood in Cairo

Back in Illinois in July, Halsey, IBSA’s director of women’s ministry and missions, was one of the event coordinators in Cairo. She spent most of the week there and loved what she saw. “Our churches worked together, sharing resources, sharing contacts, all willing to help one another,” Halsey said. “Churches and associations were all bringing their best. It was wonderful.”

Through churches working together, 23 people came to Christ in Cairo. “Those 23 salvations—that to me is the evidence of discipleship,” she said. “We were there learning to be discipes as a hands-on experience. We were being Jesus’ hands.” And leading others to follow Christ too.

One team painted a playground and put seats in swings in the park early in the week so that it was ready for the festival on Saturday. Others cleaned the baseball diamond and worked on the river wall. More than 40 volunteers went door-to-door sharing Christ and prayer walking.

Local residents took advantage of medical and dental clinics hosted by Baptist doctors and nurses that included back-to-school health screenings. A team visited a local women’s shelter, where they cooked a meal and painted. On Friday evening, volunteers held an evangelistic worship service in the park.

Cairo Mayor Tyrone Coleman even helped promote the effort on local media, getting the word out about the festival on Saturday.

And the community turned out for the festival. Kids played games like Plinko and Twister, had their faces painted, were given balloon animals, and some even had their hair cut. Everyone who came to the festival received free food—a Christian motorcycle group from Marion and Illinois Baptist Disaster Relief volunteers joined forces to grill hot dogs.

Reflecting on the experience Halsey said, “Just to watch those faces come alive…To see them say, ‘Thank you so much for coming.’ It was great.”

While the Cairo mission trip saw some encouraging results, it also showed participants the real challenges community ministry can present. Jacqueline Scott, a member of Dorrisville Baptist Church in Harrisburg, went door-to-door witnessing and saw the spiritual warfare that is taking place in the community.

“I could almost feel the oppression when I went under the overpass at the turn off from I-57,” said the retired Health and Human Services worker. “The Holy Spirit showed me the spiritual blindness.” Going door-to-door, she encountered Jehovah’s Witnesses and Black Hebrew Israelites who were strong in their faiths.

Scott was raised as a Jehovah’s Witness and knows that religion well, especially what it takes to overcome the falsehoods it teaches.

“My heart was left there,” Scott said about her experience in Cairo. “God showed me the dilution and deception of the enemy. He helped me see beyond the darkness, behind the veil.

“The people we led to Christ were young and had the innocence of a child. The older ones are strong in their faiths and won’t be so easily led.” Scott said more needs to be done; 10 minutes working through a tract won’t lead people who believe strongly in another religion to Christ.

“Jesus said we were once held captive and he set us free,” she declared. “We are called to share Christ and set others free.”

The story is the same in Cairo, Chicago, the Caribbean, and crowded streets in a distant Asian nation: People and places that haven’t heard a Christian testimony in decades (if ever) are open to the gospel, despite spiritual oppression. And witnesses from Illinois return home excited by the work of the Holy Spirit on the mission field, and eager to see it repeated in their own hometowns.