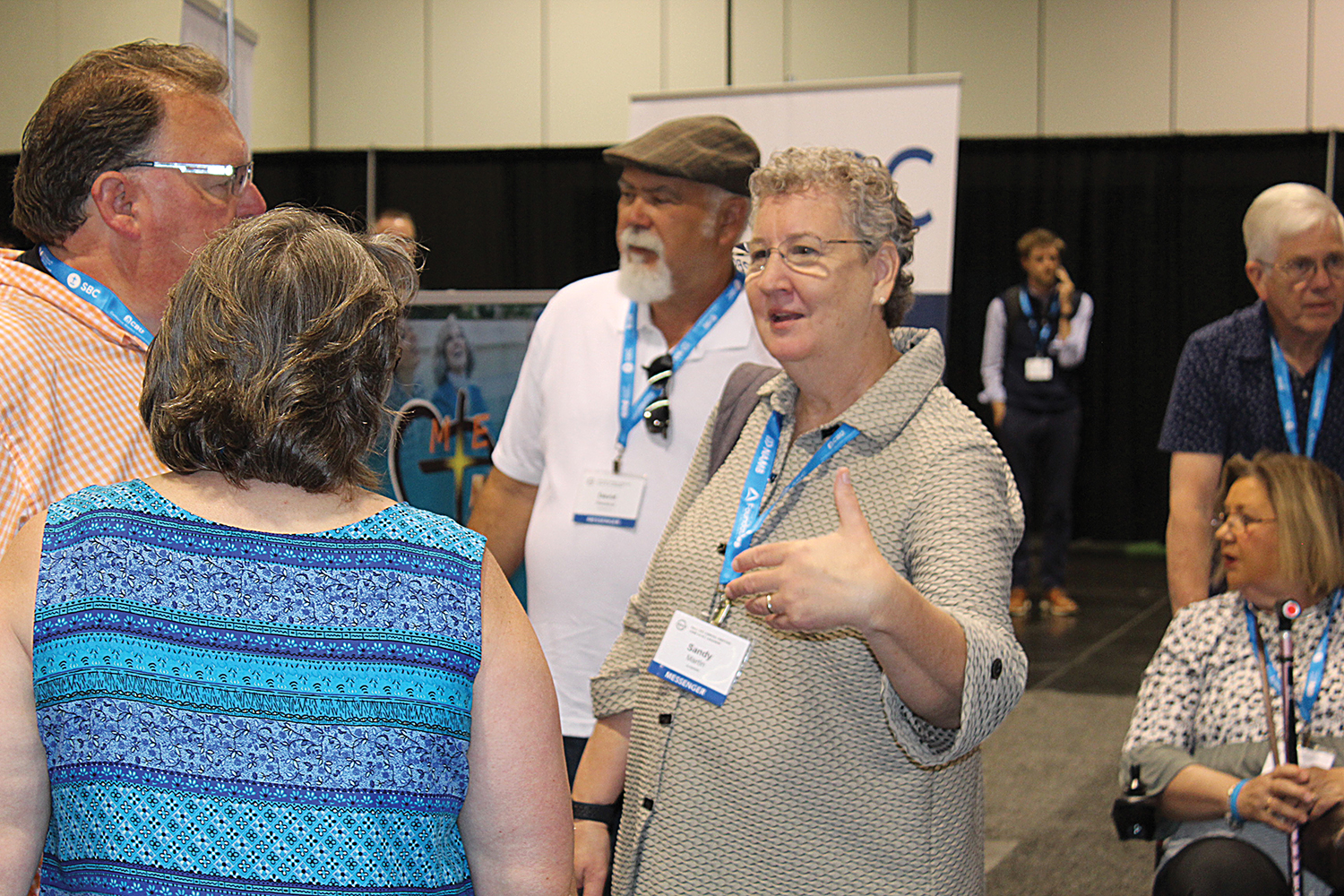 (Editor’s note: Illinois’ very own Sandy Wisdom Martin told a heartwarming story from her home state in her report as WMU Executive Director-Treasurer to the Southern Baptist Convention meeting in Anaheim.)

I want to tell you why I believe so passionately in what we do together as Southern Baptists. Last fall, I was on my way to Arkansas and my mother called me.

She said, “After you finish your assignment on Saturday, can you come to Illinois on Sunday?”

Well, I had to be in Mississippi on Monday and Illinois was the opposite direction, but I did a few calculations and I could get up very early, drive to Illinois, get back to Memphis by midnight and make my assignment the next morning in Mississippi.

Mom wanted me to attend a baptism at Lake Sallateeska. About 20 minutes from our home, two candidates were being baptized: a college student and a 60-year-old man. The testimony of the man is that he had walked the aisle when he was a child. We know that children do come to faith, but he recognized in his own life that it wasn’t a true profession of faith.

A few years ago, a family tragedy caused him to consider his life. His public baptism was his testimony to follow Christ relentlessly. The man attends a rural church plant of a rural church plant that has received some North American Mission Board funding. The pastor of both church plants is a man named Danny. While in seminary, Danny interned at a church where the current president of the North American Mission Board, Kevin Ezell was pastor. Kevin had quite an impact on Danny’s life and poured into him. Now, Danny has partnered with three church plants.

As I was watching those two candidates get baptized at Lake Sallateeska last fall, I thought to myself, How did we get here?

I have always been a strong advocate of what we do together, but today it’s more personal to me than ever, because the 60-year-old man that was baptized at Lake Sallateeska last fall is my brother Doug.

How many conversations and touch points did it take among Southern Baptists for my brother to come to faith in Christ? What we do together as Southern Baptists matters. I want to sincerely thank you for the work that you do on behalf of the kingdom. And I want you to know at WMU, it is our honor; it is our privilege to co-labor with you.