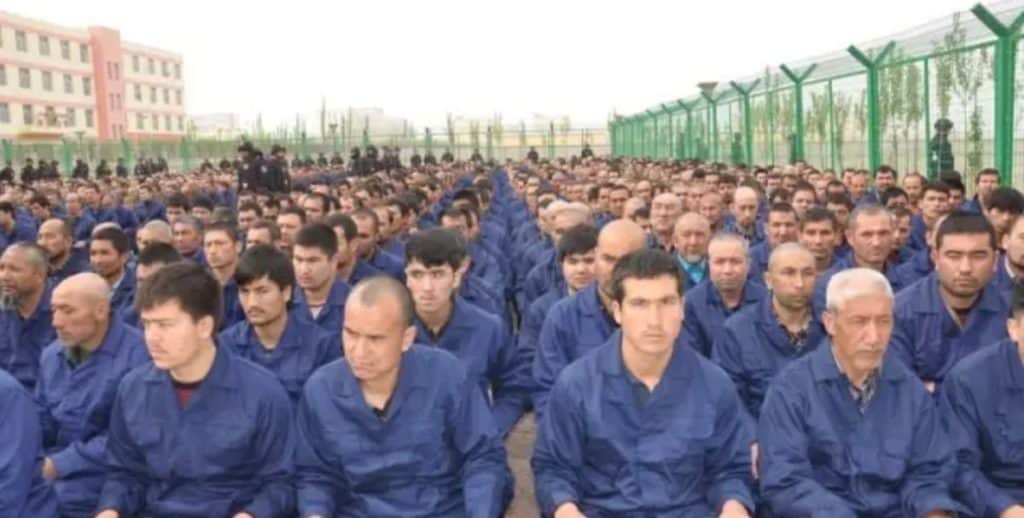 Detainees listening to speeches in a camp in Lop County, Xinjiang, April 2017. Photo via WikiCommons.

Resolution 8, approved by messengers at the 2021 Southern Baptist Convention, identified China’s treatment of the mostly Muslim Uyghur people as genocide. That marks the first time an American denomination used the term to label persecution of the people group, according to Christianity Today.

The resolution, written by a doctoral student at Southern Baptist Theological Seminary, urged “the Chinese Communist Party and the People’s Republic of China to cease its program of genocide against the Uyghur people immediately, restore to them their full God-given rights, and put an end to their captivity and systematic persecution and abuse.” Previously Pope Francis had brought their suffering to light, and both the Trump and Biden administrations called their treatment genocide. The SBC’s Ethics and Religious Liberty Commission had earlier applied the term genocide to the Chinese actions.

“We stand together with (the Uyghur) people against the atrocities committed against them,” the resolution said. It also called on the U.S. government “to bring an end to the genocide of the Uyghur People, and work to secure their humane treatment, immediate release from reeducation camps, and religious freedom.” Further, the resolution encouraged admission of Uyghur people to the U.S. as refugees.

“Christians should be at the forefront of human rights efforts, which is why the SBC resolution is so important,” Knox Thames wrote at CT Online. Thames served as the U.S. State Department’s special advisor for religious minorities during both the Obama and Trump administrations. “As someone who grew up in a Southern Baptist church, it was good to see Southern Baptists…  confront horrific persecution abroad.

“If they and other faiths consistently speak up for the oppressed, regardless of race or creed, we may see a day where no one lives in fear of violence because of their beliefs,” he wrote.

–with reporting from Christianity Today and Baptist Press