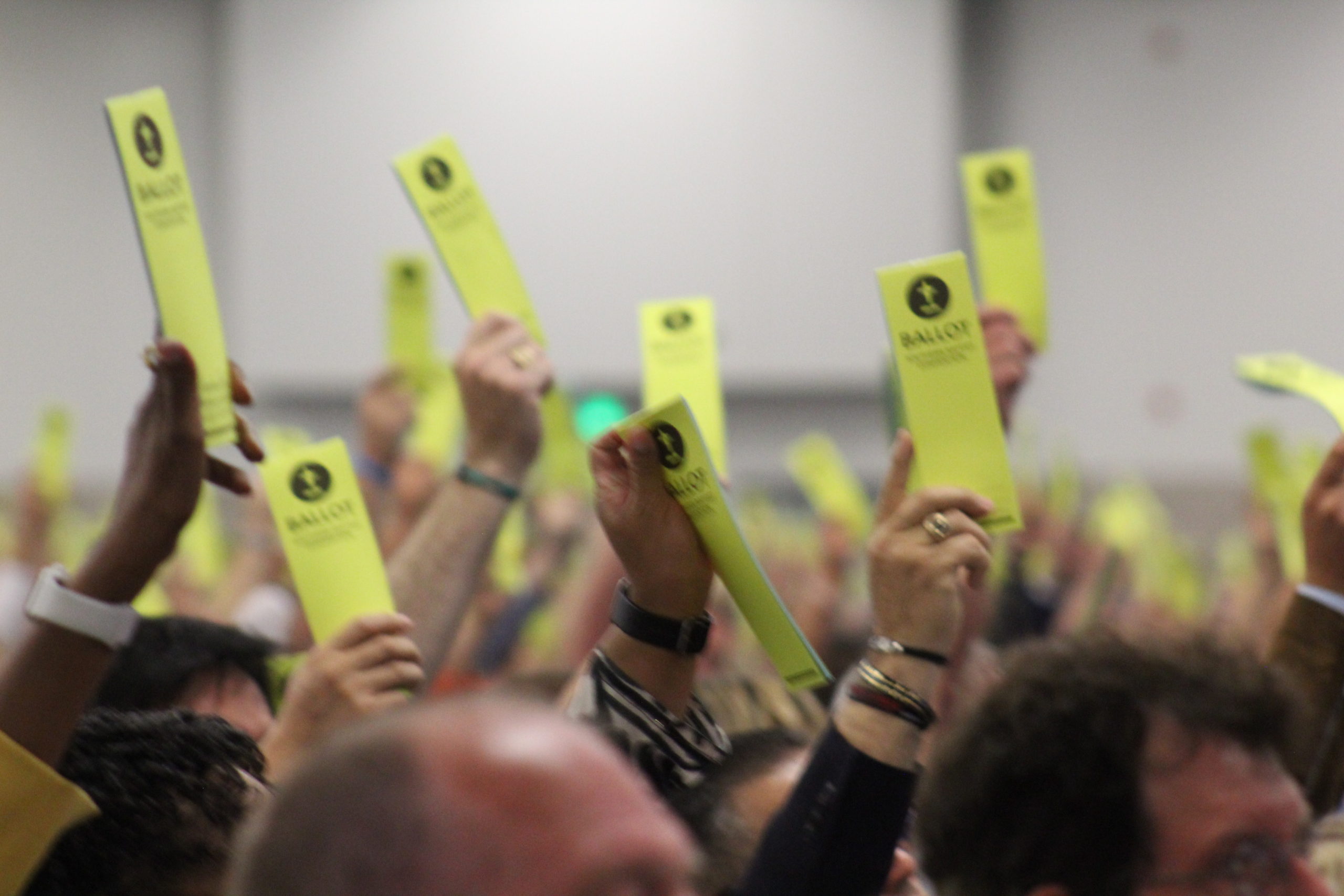 Tuesday afternoon, with over 8,000 SBC messengers checked into the Anaheim Convention Center, there were two questions on nearly every messenger’s mind. These two questions were the focus of the packed rooms in the early morning Baptist Twenty-one and Conservative Baptist Network meetings, across the street from the convention center.

First, how would the messengers vote on the Sexual Abuse Task Force recommendations? That question that had consumed the attention of Southern Baptists for the past year.

At the 2021 Nashville meeting, messengers had required the Executive Committee to waive attorney-client privilege to insure a transparent investigation. They had waited many months to receive the results of the Guidepost report on sexual abuse within the SBC. They had carefully received the recommendations and gave input on how best to begin implementing solutions to help churches stop potential predators and how better to handle allegations of abuse within their own churches.

Now it was time to vote.

There was some debate, and even a minor modification to wording to which the SATF readily agreed. And the long-awaited answer couldn’t have been more clear. The vote to approve the two-part recommendation passed by a landslide. At least 90% of the messengers in the room stretched arms to the ceiling, yellow ballots in hand. And to those in the room, it suggested the outcome of the second much anticipated vote of the day.

Who would become the next president of the Southern Baptist Convention? Although there were four candidates, reality said this was a two-person race. Candidate Tom Ascol had been more critical of the decision to waive attorney client privilege and had vocally opposed some of the SATF recommendations.

After no candidate received 50% of the votes, Barber and Ascol went to a second-ballot run-off. Barber won the final count in convincing fashion, receiving almost two-thirds of the votes.

Over the course of the day, one mantra could be heard time and again, in the hallways, from those nominating candidates, and from candidates themselves. “Change the direction.” None of those candidates won the approval of the gathered messengers. By all appearances, the messengers at this convention believe in the direction that was changed last year in Nashville, and thus far have confidently reaffirmed that direction.