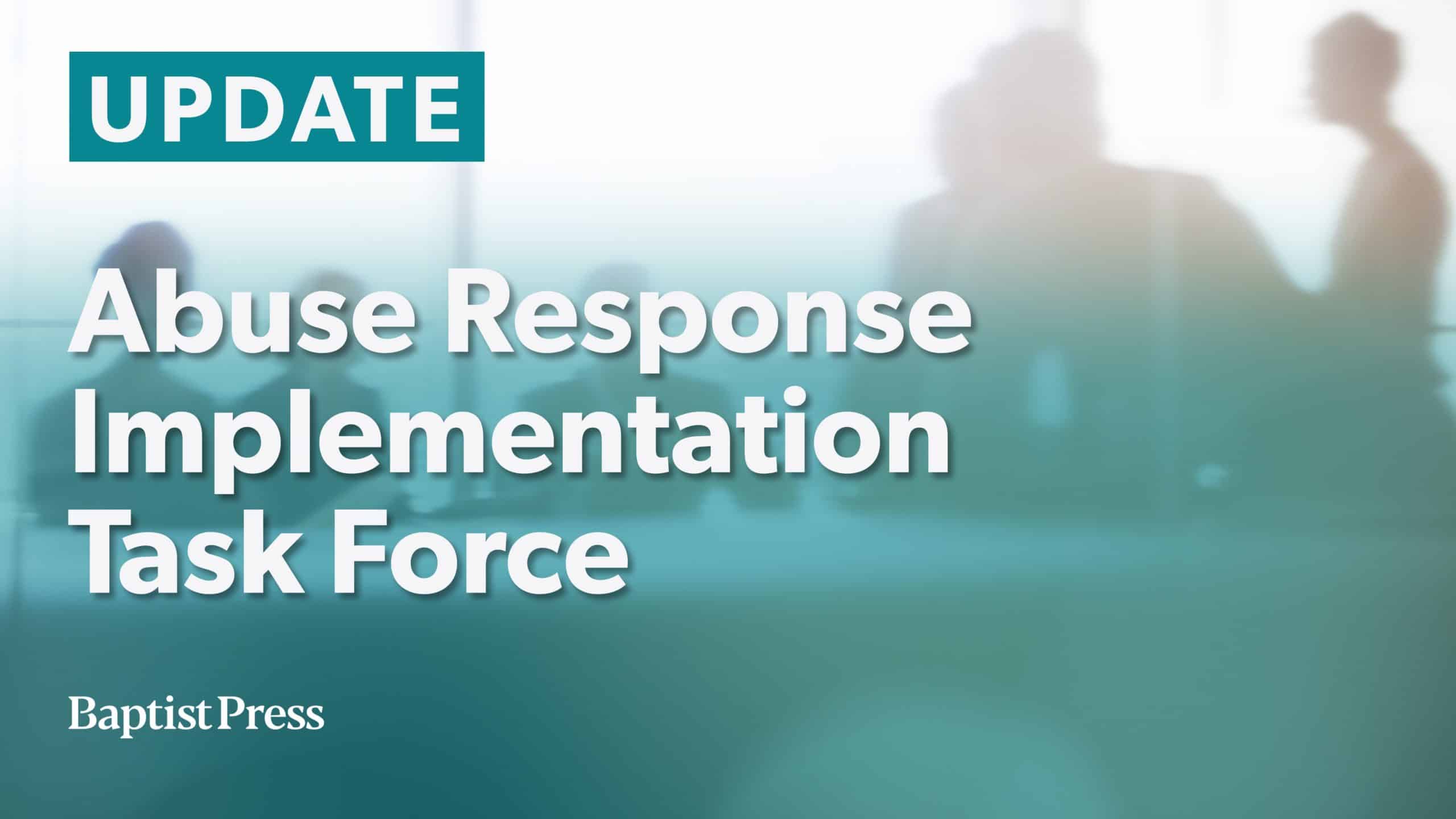 “The hotline was established to ensure survivors, and/or their reporting friends and relatives, had a trauma-informed team and resource to report abuse,” reads a statement from the ARITF released Monday (Jan. 9).

The statement adds that the hotline was a “stop-gap measure” created in the wake of the May 2022 release of Guidepost’s report on its investigation into the SBC EC’s handling of abuse claims. The hotline was intended to provide a “fully confidential and protected place to report abuse while more permanent measures were instituted by the Executive Committee,” the statement says.

The Sexual Abuse Task Force (SATF), appointed by then-SBC President Ed Litton in July 2021, released its own report and recommendations to messengers at the 2022 SBC Annual Meeting, based on the Guidepost report. It also worked with the EC to create the hotline, selecting Guidepost as the third-party operator.

One of the recommendations approved by messengers was the creation of the ARITF, whose members were appointed by current SBC President Bart Barber in August. The ARITF is tasked with implementing the reforms approved by messengers and is working toward long-term reforms for preventing, reporting and handling sexual abuse as well as caring for survivors.

In its statement, the ARITF said victims’ advocate Rachael Denhollander has helped specific survivors on only two occasions, each at the survivor’s request.

“Calls that come into the hotline are received exclusively by Guidepost and seen only by their staff,” the ARITF statement says. “This is guaranteed in the contract which the Executive Committee executed with Guidepost.”

The group says survivors are also given the option to have their information shared with the SBC Credentials Committee. If this occurs, “Survivors are fully informed at every step of the process and no action is taken without their knowledge or consent,” the statement says.

In an FAQ posted by Guidepost on Jan. 9, the group writes: “A small number of trauma-informed Guidepost team members receive hotline emails/calls and engage with reporters. Once Guidepost receives a report through the hotline, one of our trauma-informed team members contacts and speaks to the reporter to gather additional information relative to the allegation.”

The group adds: “All calls/emails are handled exclusively by Guidepost team members.”

Guidepost says it refers all “relevant” reports to the SBC Credentials Committee (CC) “for their consideration and whatever action they deem appropriate,” but adds it “does not provide identifying information about the individual who reports the information to the CC, unless specifically approved and directed to do so by the reporter.”

The Credentials Committee is a standing SBC committee tasked with determining whether or not a church is in friendly cooperation with the SBC. Mishandling abuse claims is one reason among others that a church may be recommended by the CC to be disfellowshipped.

In a joint statement to Baptist Press, SBC EC Interim President/CEO Willie McLaurin and EC Chairman Jared Wellman said, “The SBC Executive Committee does not receive confidential survivor information from Guidepost nor does it seek access to such sensitive information.”

Over the weekend, abuse survivor and survivors’ advocate Christa Brown called into question fellow survivor Rachael Denhollander’s role as adviser to the ARITF. Brown posted screen shots on social media that appear to show text messages from Denhollander, who is also an attorney, talking about helping survivors who call the hotline.

The ARITF did confirm that in an effort to provide support for survivors, on occasion, information may be passed on to another party, always at the survivor’s request.

The group’s statement explains: “Concerns were expressed to the previous Task Force that newly reporting survivors not be left unsupported, and that they have access to communication measures and support if needed. This request was made by survivors to the previous Task Force, and Task Force leadership was aware that many survivors may not wish to engage directly with an SBC pastor. They determined it was wise to provide an additional route for communication, updates, and support if so desired. However, the avenues for communication were made available with the full knowledge and consent of all parties involved, including and especially, survivors who requested additional support. Out of all the calls that came in, only two resulted in Guidepost contacting Rachael Denhollander for potential connection to resources. …

“All information that is provided to the hotline goes directly to, and stays with, the team at Guidepost. Every contact to the hotline is confidential and protected.”

The ARITF says it has worked to ensure no conflicts of interest among task force members or consultants.

“Importantly, every individual involved with the previous Task Force and current ARITF was thoroughly vetted to ensure that no conflicts of interest were present, and significant protections were put in place for the structure of the investigation and hotline, to ensure full survivor confidentiality as well as transparency for all who chose to provide information,” the group’s statement says.

In email correspondence, Marshall Blalock, chairman of the ARITF, said no consultants have been paid for their work with the SATF or ARITF to this point.

The statement includes specific clarification of Denhollander’s role with the group:

“Regarding her relationship with the ARITF, Rachael Denhollander serves as an advisor due to her expertise in crisis response, trauma, abuse dynamics, and sexual abuse reforms. She does not serve as counsel for the ARITF or the SBC. Neither the ARITF nor its advisors, including Rachael, have access to confidential survivor information or the information provided to Guidepost through the hotline, nor do any of these parties have any right, contractually or otherwise, to access such information.”

The full statement from the ARITF is posted here.

The Guidepost FAQ can be found here.

Here is the full text of the statement sent to BP from McLaurin and Wellman:

“The SBC Executive Committee remains resolute in its commitment to sex abuse reform across the Convention. Southern Baptists must persevere in our steadfast commitment to provide both resources and training for our churches as well as a safe environment for survivors to privately disclose any and all harm. Their voice and insight are of the utmost importance in this ongoing process of creating and implementing long overdue reforms.

“Recently, online conversations have cast doubt on the confidentiality of the abuse reporting hotline. The SBC Executive Committee does not receive confidential survivor information from Guidepost, nor does it seek access to such sensitive information. As we continue to assist the Convention in eradicating the evils of sex abuse, we are encouraged by the diligent work of the ARITF as they implement and suggest further reforms across the Convention.”

If you are/have been a victim of sexual abuse or suspect sexual abuse by a pastor, staff member or member of a Southern Baptist church or entity, please reach out for help at 202-864-5578 or SBChotline@guidepostsolutions.com. All calls are confidential.