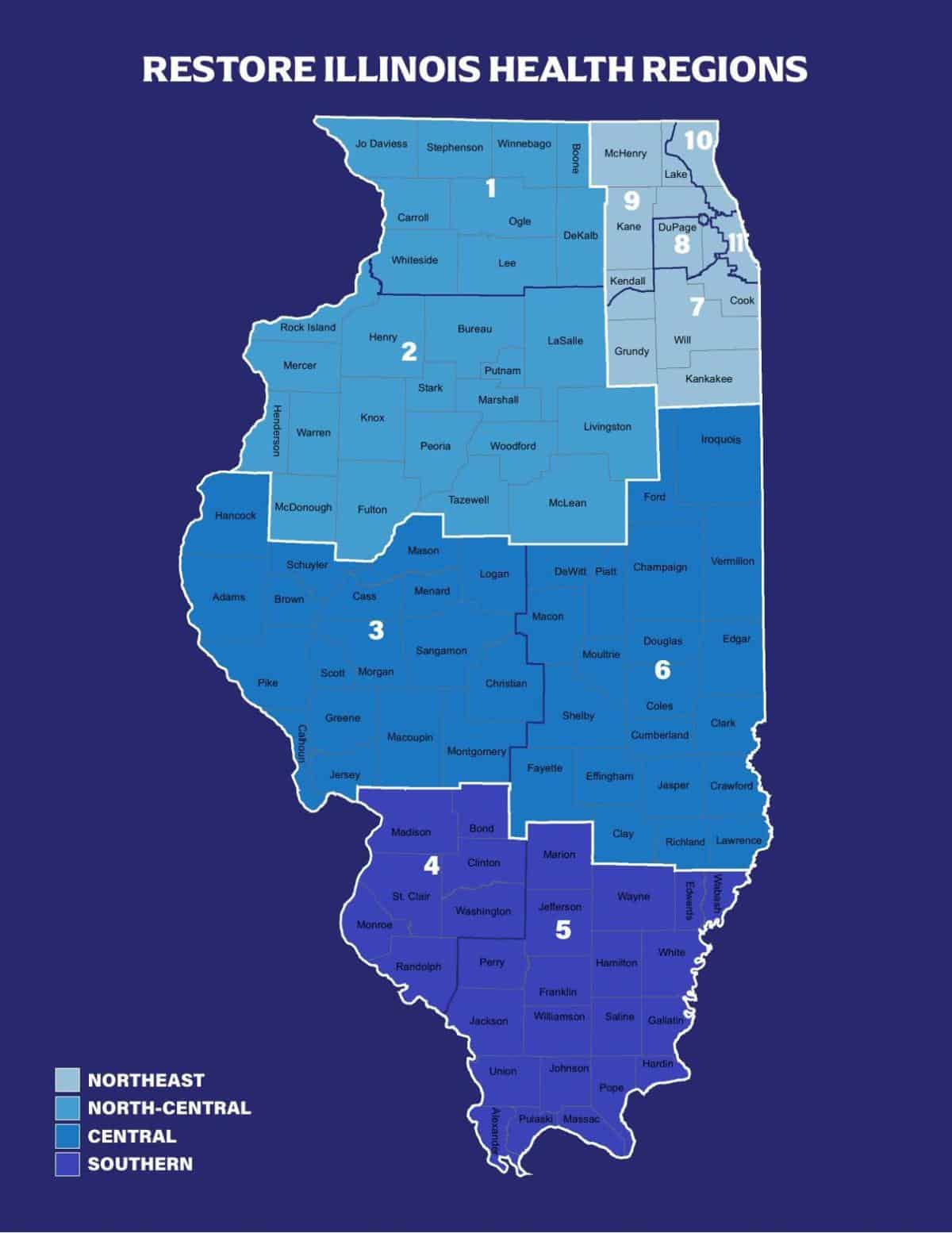 Springfield | As Gov. J.B. Pritzker tightened COVID-related restrictions in suburban Chicago and the southeastern corner of the state, pastors debated their meeting plans and two churches continued their fight to stop the limitations.

Pritzker’s announcement Oct. 20 affects Zone 5, which includes Mt. Vernon, Marion, and the surrounding area. He also renewed limits on restaurants and public meetings in DuPage, Kane, Kankakee, and Will counties west of Chicago. The restrictions include limiting gatherings to 25 people or fewer, down from the previous cap of 50. Zone 1 in northwestern Illinois returned to earlier restrictions Oct. 3.

Across the country, church leaders have noted churches provide an essential service in their communities, therefore falling into the category of establishments that can continue to operate amid restrictions. Many Illinois churches that have relaunched in-person worship are meeting with more worshipers than the 50-person limit on non-religious gatherings, but with social distancing and other safety precautions in place.

In May, Pritzker relaxed restrictions on church gatherings and the Illinois Department of Health introduced guidance for houses of worship. The guidance encouraged churches to follow current gathering limits, but also recommended capacity limits when they cannot be followed.

Two Illinois churches have asked the U.S. Supreme Court to review an appellate court decision to uphold Pritzker’s restrictions on worship gatherings during the onset of the COVID-19 pandemic. WORLD magazine reported a petition by Elim Romanian Pentecostal Church and Logos Baptist Ministries asks the high court to resolve differences in how federal appeals courts have ruled on state restrictions during the pandemic.

In June, the Seventh Circuit Appellate Court ruled against the Illinois churches, deciding that the governor’s order capping the attendance number at 10 or less was constitutional. California Gov. Gavin Newsom’s restrictions also won in the Ninth Circuit, WORLD noted, but challenges from churches have found favor in courts in Kentucky and Mississippi.