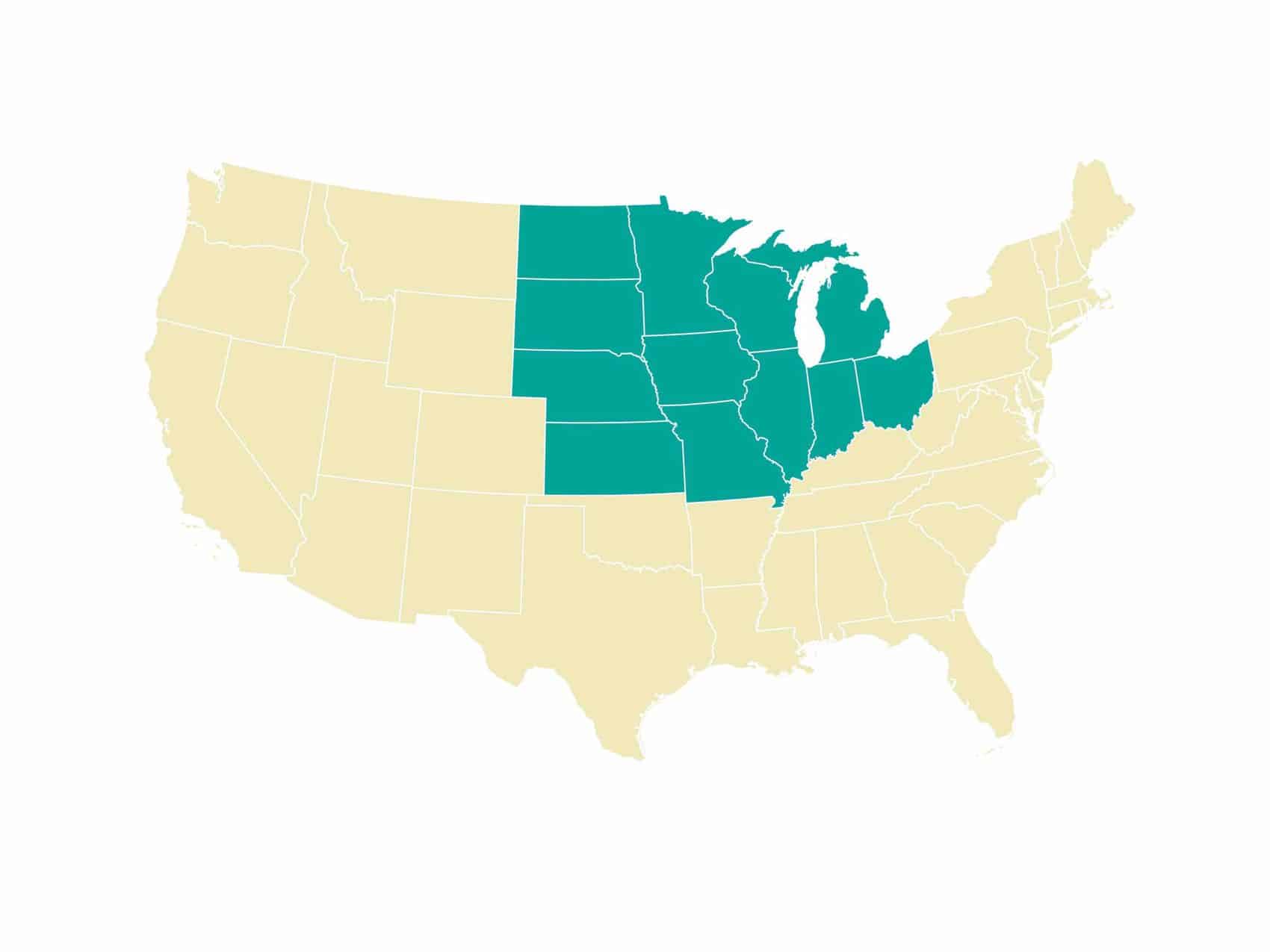 Leaders from multiple Baptist state conventions will gather in Springfield Jan. 21-23 for a three-day training experience focused on reaching more people with the gospel in the midwestern U.S. The Midwest Leadership Summit, held every other year, brings together Baptists who know well the spiritual need in the region.

In Illinois, almost 1,000 Southern Baptist churches are working to reach more than 8 million people who don’t know Christ. Across the Midwest, fellow Baptist state conventions are doing the same in their states, often with fewer congregations and more territory to cover.

Last fall, state conventions gathered for their individual annual meetings, where leaders shared new strategies for evangelism and church planting. As Midwest leaders ready for the January Summit, reports from those meetings show they bear some similar burdens. Churches across the Midwest minister in vastly different mission fields, but share the unique challenge of being Southern Baptist in the northern United States.

They also are often faced with doing more with fewer resources. Still, Midwest conventions have prioritized giving through the Cooperative Program, the Southern Baptist Convention’s main channel for funding local, national, and international missions and ministry.

State conventions forward a percentage of money given through the Cooperative Program to the SBC Executive Committee, to support theological education and North American and international missions. Remaining gifts stay in the states for ministry and missions there. IBSA sends 43.5% to the Executive Committee, the 13th highest among state conventions.

Some states have adopted a 50/50 split, including Iowa and Ohio in the Midwest. Others in the region have incrementally increased the percentage they forward to the Executive Committee. At their annual meeting, the Minnesota-Wisconsin Baptist Convention voted to increase the percentage of Cooperative Program gifts forwarded to the SBC to 36%. For several years, MWBC has been increasing the percentage forwarded to SBC. In 2015, the percentage was 17%.

The State Convention of Baptists in Indiana raised its Cooperative Program percentage to support SBC causes to 36% from 35%. The Kansas-Nebraska Convention of Southern Baptists and Dakota Baptists also voted to increase giving to national and international SBC causes.

Along with supporting missions in North America and across the world, CP also helps church leaders advance the gospel in underreached parts of the Midwest. Church planter Stephen Carson started Connection Church Belle Fourche in South Dakota in 2013. From the beginning, the church has given 10% of its tithes and offerings through the Cooperative Program.

“Southern Baptist efforts were so good to get us started,” Carson told Baptist Press last year, “that we felt we needed to be part of doing that for other church plants and international missions.”

Casting vision for 2020 and beyond
Last year, IBSA announced a new focus on church revitalization. Across the Midwest, Baptist state conventions are strategizing for greater effectiveness, and allocating resources to ministries that will reach more people with the gospel.

The State Convention of Baptists in Ohio is at the beginning of a three-year strategy and structure visioning process for reaching their state, initiated by the convention’s Mission Council in July. At the convention’s annual meeting last year, messengers met the 12-member team of state leaders who will guide the process in conjunction with the Houston-based Denominee consulting ministry.

Messengers also approved a call to prayer for evangelism and church planting in underchurched areas of the state. An estimated 64% of Ohio’s 11.8 million people are not active in any church.

In Iowa, annual meeting keynote speaker Ronnie Floyd, president of the Southern Baptist Convention Executive Committee, exhorted churches to renew their urgency for evangelism. He pointed out the sharp drop in professions of faith among 12-17 year-olds and challenged Southern Baptist church leaders to embrace the call to reach these next-generation leaders for Christ.

• Indiana messengers voted to implore churches to be proactive in preventing abuse, and to raise up advocates to walk alongside victims and guide churches through the process of dealing with abuse. Messengers also pledged in the resolution to bring to light “deeds of darkness as Scripture demands” and to “support one another in sharing our knowledge and resources.”

A second resolution, “On Responding to Sexual Abuse,” recapped actions by the SBC such as the Caring Well Challenge, and urged “all of our churches to make addressing the sexual abuse crisis a priority in the coming year.” It urged pastors, churches, and church leaders to equip themselves to deal with the sexual abuse crisis, including considering the adoption of the Caring Well Challenge.

• In a resolution “On Awareness and Education for Appropriate Behavior,” Ohio messengers encouraged church leaders “to find resources, current education, and definitions regarding appropriate actions, practices, terms, and verbal titles in the areas of abuse, harassment, and comments with the opposite sex,” and to implement training utilizing those resources.

• Baptists in Iowa also are partnering with the Caring Well initiative to provide training and resources to help protect vulnerable people.
“The Caring Well Initiative is a two-pronged approach to dealing with this age-old problem in our culture,” said Chris Eller, BCI associate executive director. “Yes, we must do all we can do as churches to be safe for children, but we also must recognize that the church should be a refuge of safety for the many abuse survivors who attend our churches.”

More Midwest hightlights
• Dakota Baptists honored Executive Director Garvon Golden, who retired Dec. 31 after serving 20 years in the Dakotas. The two-state convention also provided a night’s lodging for messengers trapped by a snowstorm that hit during the meeting’s final day. Missions Director Buck Hill joked, “I think we’d have snow if we met in July.”

• Missouri Baptists celebrated restoration and renewed cooperation while welcoming to the annual meeting all Missouri Baptist entities, including three that broke away from the Missouri Baptist Convention (MBC) in 2000-2001. After months of seeking private reconciliation and Christian arbitration, Missouri Baptists directed the MBC to seek a legal remedy as a last resort. This led to protracted litigation ending in February 2019.

“We truly are better together, believing with all our hearts that the cooperative message is a biblical message for today,” MBC Executive Director John Yeats told messengers. “When we say we believe the message of cooperation, it is not mere intellectual assent. It means we practice it, we teach it, and we glorify our Lord through it.”

• Baptists in Minnesota-Wisconsin celebrated 65 partnerships between churches in those two states and congregations in Missouri. The five-year missions partnership effort is currently in its third year. “Our churches want to be on mission,” Missouri catalyst Rick Hedger said at the Minnesota-Wisconsin annual meeting. “They want to come here and serve alongside you.”