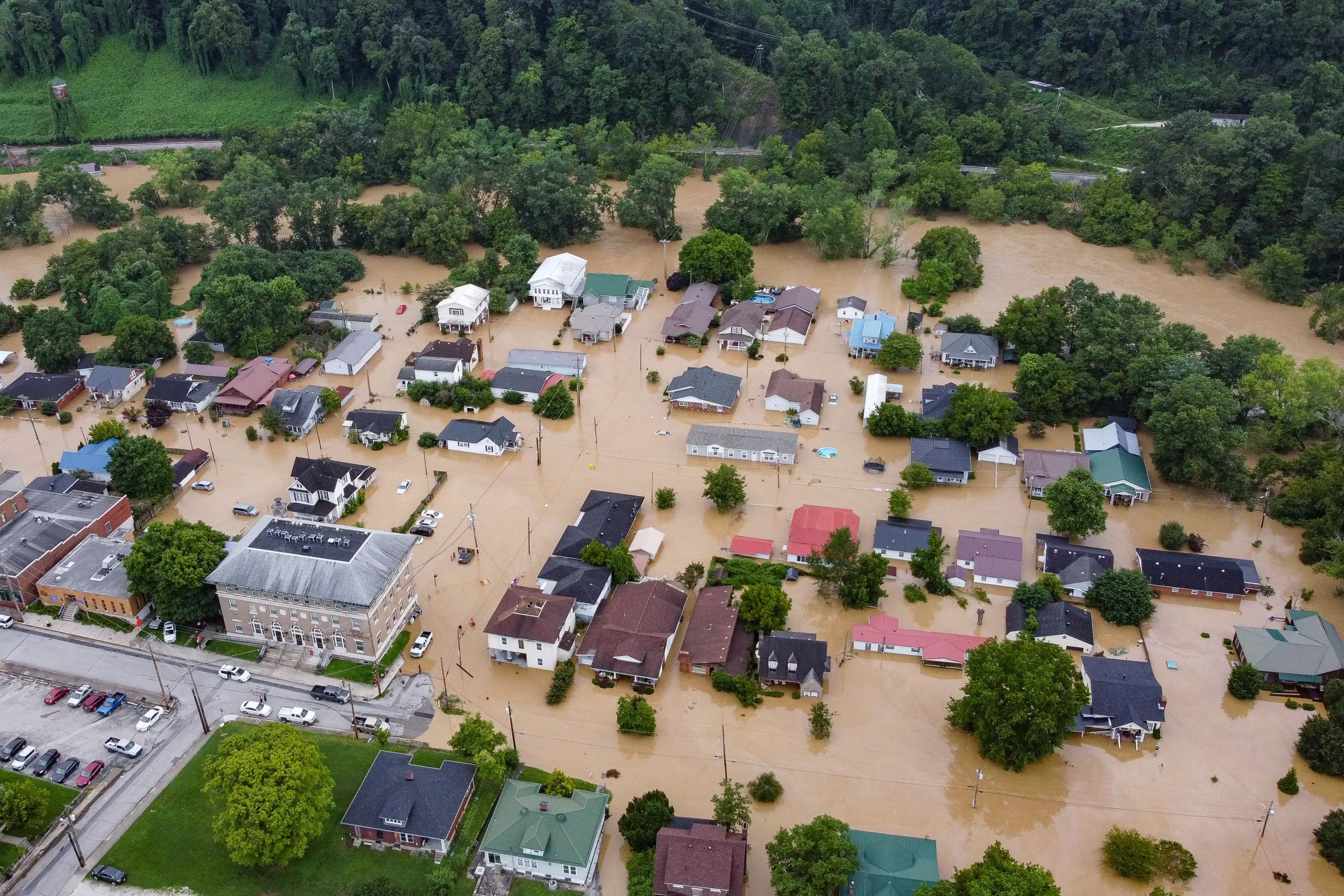 Dozens of Southern Baptist Disaster Relief (SBDR) volunteers from across the Southeast have started arriving, and Send Relief, the compassion ministry of Southern Baptists, has provided resources for meals and flood relief supplies to help with the recovery.

“The destruction is absolutely catastrophic everywhere you look and it’s very widespread,” said Ron Crow, SBDR director for Kentucky Baptists. “It’s going to take months to recover from, if not years. The significance of how bad this is, is just indescribable.

“We have people on the ground, and we have chaplains coming who will be able to bring help, hope and healing to those affected.”

At least 37 people are known to have been killed by the floods, according to Kentucky Gov. Andy Beshear.

Multiple Southern Baptist state conventions are sending SBDR teams so far, including Kentucky, Tennessee, North Carolina, South Carolina, Georgia and Alabama with seven sites either set up or planned. Some IBDR teams have been called to assist with flood recovery efforts in the East St. Louis area, while others are prepared to serve in Kentucky if called.

“IBDR Is staying engaged with the other state directors to ensure we are prepared to deploy and that our teams enhance what is currently taking place on the ground in Kentucky,” said Shannon Ford, IBSA Missions Director.

Regarding the recent flooding in the St. Louis metro area Ford noted, “State Assistant Director Dennis Felix has been contacted by Missouri VOAD and is keeping us informed. Flood recovery is certainly going to be needed.”

Proclaiming the gospel
“One of the most unique things about this disaster is the region that’s been hit,” said Coy Webb, crisis response director for Send Relief who served in SBDR in Kentucky before transitioning to Send Relief. “A bunch of small towns are being impacted, and many have seen their entire home get washed away. This is an opportunity for Southern Baptists to serve and proclaim the hope of the gospel in these communities and see lives changed.”

First Baptist Church in Whitesburg, Ky., is hosting a team of Kentucky SBDR volunteers at their church as a recovery and feeding site. Send Relief is providing the funding necessary for the response team to serve up to 5,000 meals a week to those in the community.

“We’re completely pleased,” said pastor Tony Brown of hosting the team. “They’ve taken over our church. They are in the community. The chaplains are out. They are a blessing, a total blessing. We just feel good they’re in our building.”

Brown shared that his church facility suffered severe damage as the flooding reached up to three feet and destroyed the first floor, including the children’s wing, nursery and kitchen as water and mud filled the rooms.

“The one word I would use to describe it is overwhelming,” Brown said. “The needs are continual. Half if not more of our church family lost entire homes or had entire floors of their home ruined.”

Even so, Brown remained upbeat and described the community as resilient.

“People who lost everything are going next door and helping their neighbors,” said Brown. “It’s incredible the people who are here in the mountains. They are not deterred by this. They are determined to make it through.”

Flood waters have made travel into the affected area difficult. In the meantime, Send Relief will resource SBDR with several shipments of recovery items. The first van-full delivered supplies to Whitesburg on August 1, including 40 gallons of shockwave and 350 crisis backpacks filled with food, hygiene items, a first-aid kit and more to help a survivor in the aftermath of a disaster.

The storm has caused millions of dollars’ worth of damage and claimed 35 lives so far with that total expected to increase as the flooding recedes and first responders continue their search and rescue. The National Guard has saved hundreds of people through their high-water rescues.

“We are grateful to our SBDR network because we are receiving help from multiple states,” Crow said. “We are grateful for the cooperative network we have among our Baptist family.” To support the work of Southern Baptists in eastern Kentucky, visit SendRelief.org.

– Brandon Elrod with additional reporting by the Illinois Baptist staff