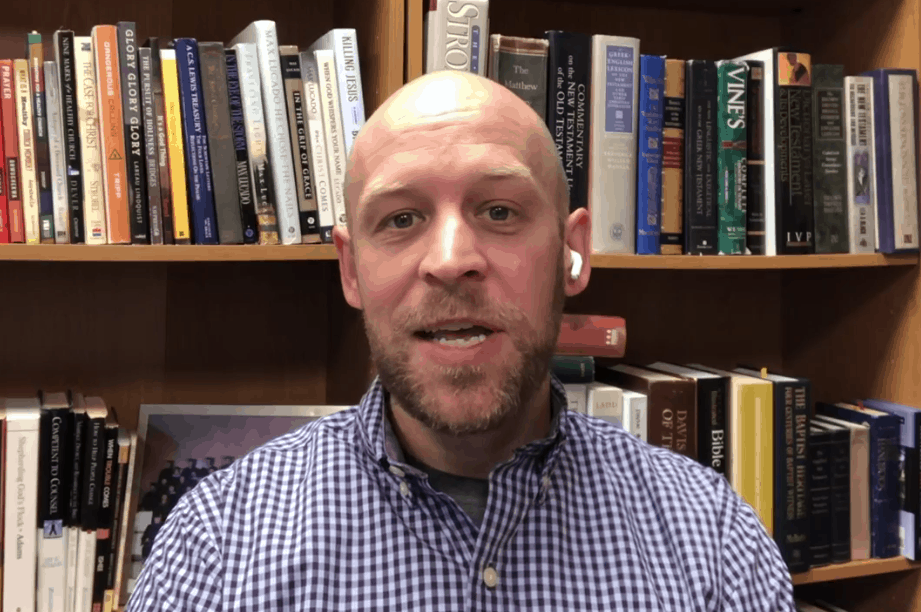 Andy Stanley recently spoke at the Global Leadership Summit on the theme of his new book, Not In It To Win It. I had the opportunity to hear his session and appreciated this takeaway on the current climate of angry Christianity: “You get to choose to follow Jesus. You do not get to choose what following Jesus looks like, acts like, or sounds like. It’s been prescribed for us.”

As a younger Christian I found most conversations on anger revolved around the principle of Ephesians 4:26, “Be angry and yet do not sin; do not let the sun go down on your anger.” Lately I see a shift as more Christians point to Jesus flipping tables as their example of how to handle political, interpersonal, and church frustrations.

A few things to note in Jesus’ anger here. First, it was focused on preserving the temple for prayer and not any political or theological focus. Second, he did it twice over a 3½ year ministry. It’s also good to note that we’re not Jesus. We should never presume that we and the sinless Savior are operating with the same motivations.

Anger has a place, but Jesus demonstrates it as an infrequent response and not the default.

What’s worth fighting for

Many American Christians make a similar mistake. We are not called to fight for the soul of America, but for the soul of Americans. That fight is not won with anger and arguments. My evangelism professor in seminary often said, “You’ll never argue anyone into the kingdom of heaven.” It was a reminder to us that we aren’t fighting the unbeliever in front of us, but the spiritual enemy working behind the scenes (Eph. 6:12).

The angry Christian is arguing with people who may be enemies today, but through Christ can be family tomorrow! Remember, you were once an enemy as well in your lostness and separation from God. Was it the angry voice of a parent, pastor, or friend that won you to Jesus, or a voice that expressed love and forgiveness they had received themselves?

Angry Christianity is defined by monologue instead of dialogue. It focuses more on winning the argument than winning the soul. It fails to treat people as individuals who have different questions and fears when it comes to faith and eternity. Jesus took time to preach, but more often he took time to listen and ask questions.

Christian, we do not have a right to anger. Instead, we heed the words of Oswald Chambers, “The only right a Christian has is the right to give up his rights.” In Christ we give up the right to our instant reaction, but instead take up the call to renewing our mind against the old attitudes that conceal our Savior.

If anyone had the right to be angry, it was Jesus. The sinless, holy Son of God walked among the sins of the world, but didn’t leave ashes in his wake. He had conversations with people. He listened. He challenged. He loved.

The example of Jesus is the medicine that Andy Stanley says has been “prescribed” for us. We have been called to study the thoughts, words, and actions of Jesus and to allow his life to have full reign in ours. It is possible to hold strong convictions while also engaging in civil conversations. The world has no shortage of angry voices, so let our attitudes stand in contrast to the world, claiming the truth of James 1:20: “The anger of man does not produce the righteousness of God.”

Heath Tibbetts is pastor of First Baptist Church of Machesney Park and elected president of IBSA.