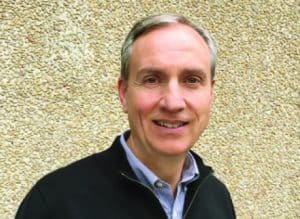 We don’t even know exactly how old our previous washing machine was. It came with the home we purchased in 1993, part of the estate of the previous owner. And though it wasn’t new, we kept it, in part because we could tell it was a high quality, dependable machine. After all, it was a Maytag.

Many of us remember years, even decades, of advertisements featuring “the Maytag repairman,” who notoriously had nothing to do, and was “the loneliest man in town,” because the machines he serviced were so dependable.

A lovable actor named Jesse White played the role of the Maytag repairman convincingly for more than two decades, starting in 1967 and filming 68 endearing commercials. In fact, over the past half century, only three other actors have shared the role, each for several years, and each reflecting the same dependability of the product and brand they represented. 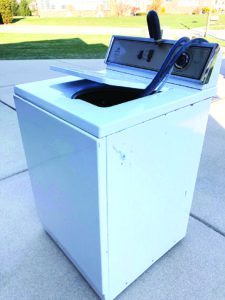 Our own dependable machine served our family well as we raised three boys through baby outfits and grass-stained play clothes, and on to the sweat-stained sports uniforms of teenagers and the first work clothes of young men. Only a handful of times over those 30 years did we ever need to call a repairman for our faithful machine. And every time, the repairman (not from Maytag) would tell us, “It’s worth whatever it takes to keep this machine as long as you can. They just don’t make them like this anymore.”

Perhaps there aren’t as many hard-working, dependable machines in our lives as there used to be, but if there is one that far eclipses even the most faithful appliance, it’s the Cooperative Program machine that funds the missions and ministries of the Southern Baptist Convention, including our Baptist work here in Illinois.

For 95 years now, the Cooperative Program has trained and sent thousands of missionaries, helped plant thousands of new churches, educated and equipped countless ministers, provided a voice in the culture for ethics and religious liberty, and strengthened and multiplied the work of local churches in more than 40 Baptist state conventions.

The foundation of Cooperative Program missions has helped establish Southern Baptists as America’s largest Protestant group of churches, and one of history’s largest missionary-sending enterprises. And it dependably does that work month after month, year after year, decade after decade.

In case you hadn’t noticed, the role of the Maytag repairman as a true repairman really ended in 2014, when the company hired a handsome, younger, slimmer actor and outfitted him in a new, tailored uniform. They technologically duplicated him so that he could actually portray a washer and dryer simultaneously. I guess you could say they replaced the dependable machine itself with a newer, younger image.

Occasionally today we hear new ideas suggested about how to fund the missions and ministries of Southern Baptists. Sometimes those ideas sound cooler or more affordable than the tried and true, dependable system of Cooperative Program missions funding that has stood the tests of almost a century. After all, a system where church members tithe to churches and churches tithe to missions is pretty simple, if not easy.

But I read recently that the average life expectancy of a washing machine today is 8-11 years. They are cooler, greener, and higher tech. But apparently they aren’t as durable, dependable, or even as effective. And so the repairman’s words of caution should ring in our ears: “It’s worth whatever it takes to keep this machine as long as you can. They just don’t make them like this anymore.”