The Alton River Dragons bested the Normal Cornbelters 13-2 in the July 17 game which was sponsored by Requiem Church. The new church plant reached out to coaches, players, and local families who host them during the two-month summer season. Photo by Colin Feeney.

In addition to baseball, hot dogs, and apple pie, you might add to the list of America’s favorites this one: evangelistic outreach. Requiem Church has forged a relationship with the Alton River Dragons, a local team that is part of the Prospect League. That’s a summer collegiate level league with 16 teams in Illinois and the Midwest region. The Dragons are in their second season. 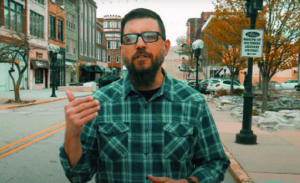 “I reached out to the General Manager this summer and asked if they wanted a chaplain,” pastor Vince Bissey said. “He said yes, and we’ve been figuring out together what that looks like, since they’ve never had one before and I’ve never been one before.”

The players come to Alton for the summer and live with host families. Requiem Church held a community outreach event in July for the team, coaches, and host families. “Our church loved the opportunity to build relationships, serve this team, and establish presence in a positive way within the community,” Bissey said.

Bissey served as pastor for discipleship and development at August Gate Church in St. Louis from 2017 to 2021. At that time, he was sent to Alton to plant Requiem Church. The church launched in April 2022, and they have six core families.

The planter described a season of his life when he thought he had his life “together,” but Bissey learned he was trying to earn God’s favor through a well-ordered existence. In the basement of his seminary apartment, he called out to God—literally and loudly. “Why can’t you just love me?!” 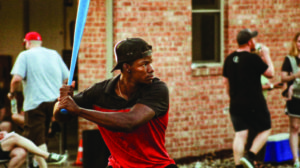 In addition to Bobblehead night at the ballpark, Requiem held a cookout and wiffleball game for the team.

Bissey soon found God did love him. And this “you can’t earn it” message has become central to his ministry.

“For the first time in a long time, the fear and guilt I had been living in started to give way to freedom and joy,” he said in a video introducing Requiem Church. “Instead of working for Jesus, because of the gospel I was able to come and rest in Jesus and what he had done for me.

“From that point on…the burden that God has given me has been to invite anyone who will listen to come and join me in pursuing that rest…that only Jesus can give us,” Bissey said. Requiem, he pointed out, means rest.

Bissey attempted to plant a church in Alton in 2012, but it didn’t take off. What did grow was his love for a community that he describes as both blue collar and creative, where people value “raw honesty.” Bissey especially wants to reach young men with the gospel. 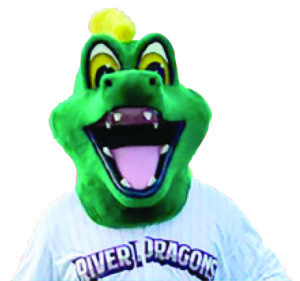 Free bobbleheads on the church-sponsored game night. It was a humdinger!

So he has taken that message to an area of 50,000 people that has a small percentage of believers, to the church’s Wednesday night services, and to new relationships through the Dragons.

One outreach event led to another, Bissey said. The General Manager asked if Requiem would like to sponsor a game.” The sponsorship meant exposure on screen at the ballfield to let people know the church is a local partner. “This is some really great exposure, especially because the night they gave us was bobblehead night!”

More people than usual were expected for the giveaway which featured the team’s mascot, a dragon named Dinger. And for Bissey and the church, that was homerun.