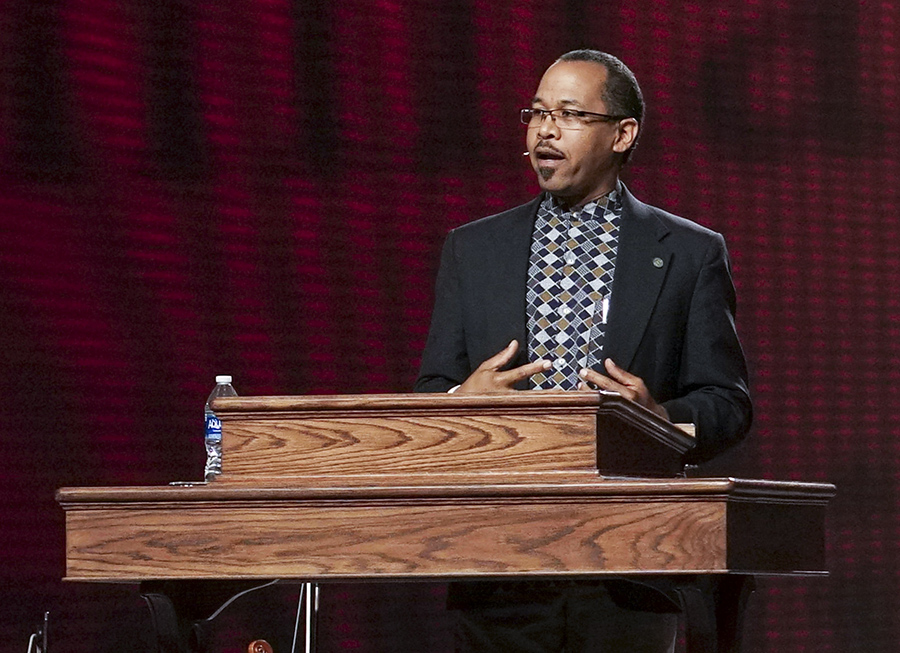 (Editor’s note: An informal survey of five people in a hotel shuttle van in Phoenix—all who coincidentally had lived in Chicago until a couple of years ago—reported Michael Allen’s sermon was well received by attenders at the conference. And they said they felt well-represented. Here is the Baptist Press summary of the sermon.)

“There is an obsession these days with leadership and not followership,” said Michael Allen, pastor of Uptown Baptist Church in Chicago, Ill.

“Yet, there are at least twice as many scriptural references to followership than there are to leadership.”

Preaching from Philippians 3:17–4:1, Allen said those verses show that there are two imperatives to followership: 1) In verse 17, Paul exhorts the people to join in — to become like him as he follows Christ. 2) In the same verse, Paul says to pay attention, or to scope out other saints who are already living according to the example of other saints.

“Paul is not talking about a program for your church,” he said. “He’s talking about following godly people. It’s not about borrowing a sermon or a song you got at a conference but by being influenced by those who are worthy of being imitated.”

Hawkins looked him in the eye and said “Michael, if you can do anything else in the world and be happy, then do it. But if you can’t be happy unless you’re preaching, then it may very well be that God has called you to preach.”

Allen, who at the time worked as a field service computer technician, said he had listened to Hawkins for years exposit whole chapters of the Bible. He watched O.S. and Susie relate to each other, and he watched as they raised their daughters to be fine wives and mothers.

“He’s always left me with some kind of personal encouragement,” he said.

“So now, I always try to give a word or a touch of encouragement to others. … Be a Paul to someone else. No one becomes a great leader without first being a great follower.”

The other Illinois pastor who preached in Phoenix is David Choi. Read about his message here.