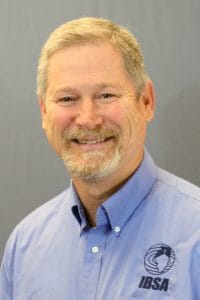 Many times in ministry, I have been called on to do something not because I wanted to, but because I knew I should or it was in my job description. Often these “acts of obedience” make me uncomfortable, but I’ve noticed when I am obedient in these hard things, I receive a blessing and satisfaction that is many times greater than the fear. Many times, I see God at work on the frontlines. I had such an experience recently in Hillsboro, Ill.

Rob Cleeton is pastor of Mt. Pleasant Baptist Church in Medora and a volunteer chaplain at Graham Prison in Hillsboro. One day, he told me about the prison praise team, which is made up of more than 20 prisoners who serve various ways. They set up gear and chairs, sing and play, lead worship, and run sound and video.

Rob told me that I might be able to help them. The invitation to join Rob at the prison intrigued me, but I was fearful too. With Rob’s permission, I asked several of my minister of music friends if they would be interested. Five of them, including one who is a guard at the prison, agreed to join me.

After getting security clearance, my team planned a clinic for the prison praise team. On the day of the training, we met at the prison. We were searched, left our cell phones behind, went through three or four barriers and guard stations, and found ourselves in the center of the prison. Even though I knew they were going to let us out when we were done, I had an eerie feeling about being locked in.

When we first met the prisoners they looked exactly like I had expected. Some had gang- or crime-related tattoos; others looked like they could lift 300 pounds. I knew that many of them were there for serious offences. But when they started playing and singing, I could tell that they were better musicians than I am. Many of them made a living playing in bands and clubs before their prison days. I was pretty unsure what we might be able to do to “help” them.

Pastor Rob told me that most of the guys in the prison ministry had a better relationship with Christ than most Christians on the outside. He also encouraged us not to worry, that the men would be grateful for our time with them. He was correct.

As I got to know the men and their stories, something started to change in the way I looked at them. No longer did they look like prisoners. They started to look like friends. One man looked like my father. Another one looked like me. God told me clearly that the only difference between them and me was that they broke our civil laws. But we both have broken God’s law. In God’s eyes, we are exactly the same kind of sinners, deserving of death and hell.

But we also share exactly the same good news. Jesus died to save us both from our sins, the prisoner and the pastor.

That evening, our ministers of music joined the praise band and to lead 121 prisoners in worship. In a room with only 80 chairs. The chaplain decided that because we didn’t have enough chairs, he would remove all of them. As the prisoners entered, led by the band, they started singing and praising the Lord. Through both familiar and unfamiliar songs, they sang with all their heart. When it came time for the message, they stayed engaged. They interacted with me while I spoke, affirming with “Amen,” “Blow it up, preach!” and “Come on!”

When the service was over, I found one of my new friends in the audience and asked him why no one had complained about standing up for an hour-and-a half. His answer has fundamentally changed the way I look at worship.

“When we come together to worship,” he said, “we are not concerned by prison bars, uniforms, rules, guards, bad food, or barbed wire; we are worshiping free before the King of Kings.”

Time was suspended while they were transported before the throne in worship. It was personal worship, yet it was fueled by the corporate singing and praise of believers. The presence of the Lord did not have to be called down, because he was already there. We stepped into his presence. Worship in our Illinois Baptist churches could be like that if we confessed our sins, left our un-prayed over opinions at the door, and set our hearts and minds on Jesus.

There in the prison, we were all blessed standing in the presence of God. The prison band was blessed as they prompted the prisoners in worship. Our ministers of music were blessed by the worship and the new relationships they made. I was blessed most of all as God showed me a new picture of what worship should really be like every time we come into his presence. Thanks, Pastor Rob, for inviting us to participate in such a blessed event.

Steve Hamrick is IBSA’s director of worship and church technology.

Charles Lyons resigned as pastor of Armitage Baptist Church in Chicago following what church leaders called a “corrective leave of absence” that began in October 2018.  END_OF_DOCUMENT_TOKEN_TO_BE_REPLACED