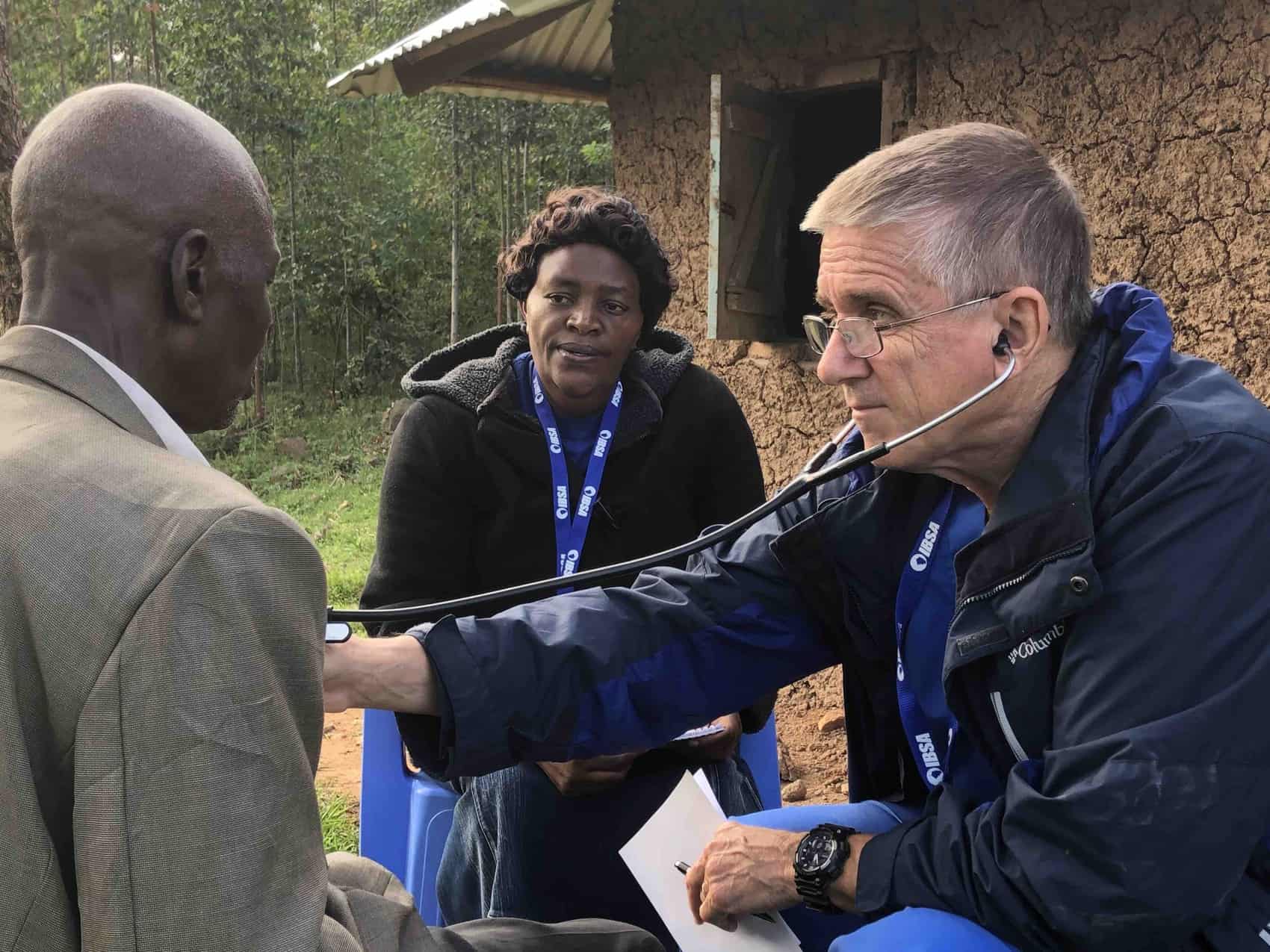 In the hills of western Kenya, 10 volunteers from central and southern Illinois saw hundreds of patients at a medical clinic and witnessed dozens of decisions for Christ. The team, led by IBSA’s Jeff Deasy and his wife, Kathy, camped just steps from the clinic, which they set up in partnership with a local Baptist church.

The Deasys, members of Chatham Baptist Church, served 20 years with the Southern Baptist International Mission Board, including 10 in Africa. They formed a ministry partnership with Pastor Robert Bichanga Moinde, who has since helped plant many churches working in a network to reach people in western Kenya.

“He was a pastor with a heart to reach his people!” Kathy Deasy said. “When we first met him, there were only two Baptist churches in the hills around his area.” The churches had started an orphanage and school to serve children in the region. Now, Deasy said, there are 18 churches, the school is registered with the Kenyan government, and the churches have built two dormitories for the children’s center.

One of the churches Moinde helped start is Mlimani Baptist, which hosted the Illinois medical clinic. At the clinic, patients met with Dr. Randy Oliver (right in photo above) from First Baptist Church in Metropolis and Steven Jumaa, a clinician from Nairobi. The team, comprised of volunteers from the Chatham and Metropolis churches and First Baptist in Carmi, helped patients and dispensed medications. Christians from local churches shared the gospel with each patient.

Near the end of the team’s time in Kenya, Jeff Deasy, IBSA’s associate executive director for the Church Cooperation Team, said it was obvious how God had worked to bring the trip together.

“Once again, we had the privilege of showing up and watching God work.”