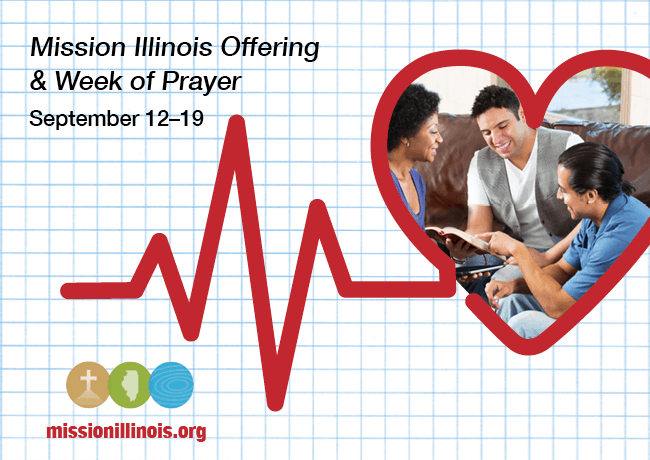 If charity begins at home, so does missions.

Jesus’ instructions in Acts 1:8, simply put, mean start where you are and move outward from there. The ever-widening circles he described are Jerusalem, Judea, Samaria, and the ends of the earth. Many missions-minded people interpret these four spheres geographically, starting where the particular believer reading the text lives.

If the believer’s home is at the center as Jerusalem was for the disciples, and the whole earth is the ultimate assignment for us as it was for them, how then do we interpret Judea and Samaria?

Southern Baptists have strong commitment to international missions, so that area of largest responsibility is clearly covered in our churches’ support of 3,610 International Missions Board (IMB) missionaries. And Samaria may be interpreted as missions on our continent through the North American Mission Board (NAMB), especially 3,057 church planters across the U.S. and Canada (missionary units, including church planting couples who count as one unit).

And local missions commitment goes without saying. Each church has a responsibility to its own community through local partnerships and to its nearby network of sister churches in the local association.

The piece that we focus on this time of year is Judea. Our great Illinois mission field.

If we are not careful, we may assume that someone else is caring for Illinois. After all, there are almost 1,000 Illinois Baptist churches, church plants, and mission congregations, and each one has been divinely assigned in its own community. But when we consider the size of Illinois, both in geography and population, this vast mission field is far more than any of our churches can cover on their own.

God has entrusted Illinois Baptists with the fifth largest state in the nation, with almost 13 million residents, including 3.2 million who are new to the country. And most important, more than 8 million people in Illinois don’t know Jesus as Savior.

In 2021, the Mission Illinois Offering and Week of Prayer focuses on church planting in our two largest metro areas, Chicagoland and Metro East St. Louis. We explore leadership development that serves and strengthens our local churches. And we highlight one of many compassion ministries; this one in particular opened up to our Illinois Baptist Disaster Relief volunteers during the pandemic.

We could have told so many more stories, because Illinois Baptists reach out with the gospel love of Jesus in so many ways. And the reason, like the offering itself, is to share Christ in Illinois.

Please remember the Mission Illinois Offering and Week of Prayer, September 12-19. Read the MIO special section from the August 1 issue of the Illinois Baptist. Pray over the devotions. And encourage your church in giving to state missions. Our participation is vital to fulfilling the Great Commission here in Illinois.