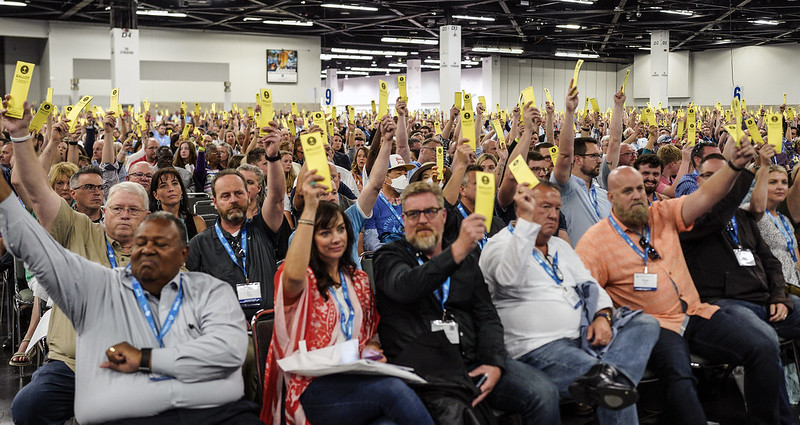 More than 8,100 messengers to the 2022 Southern Baptist Convention Annual Meeting June 14 raise ballots to vote on various resolutions during the two-day meeting at the Anaheim Convention Center. Messengers receive the paper ballots when they register at the meeting. Photo by Adam Covington

Clear: Despite loud voices on social media and at the floor microphones voicing opposition to the Sexual Abuse Task Force recommendations and to the Ethics and Religious Liberty Commission, urging messengers to “change the direction,” there is a quiet majority in the SBC. If the messengers at Anaheim are a representation of the people in the pews, then there is broad support for the direction the SBC is headed in new leadership, how it handles sexual abuse within the church, and how it attempts to engage a culture with increasingly unbiblical views on sexual ethic and the unborn.

Tuesday’s vote that overwhelmingly affirmed the SATF recommendations gave evidence of that quiet majority. Prominent sexual abuse survivors stood outside the convention center on Tuesday morning offering small green ribbons of support for survivors to passersby. Many politely declined, but the vote inside showed 90% or better support.

Even a vote to eliminate the ERLC, which has a much more complicated standing in the minds of messengers, failed easily. Despite concerns and disagreements, the SBC is nowhere near ready for such drastic measures.

Unclear: Other votes were less one-sided, indicating questions of unity moving forward. 38% of the messengers voted for Tom Ascol, the candidate backed by the Conservative Baptist Network, a group that has vocally disagreed with the direction of the SBC for the past two years.

While a 61/38 split in an election would normally be considered a landslide win, this vote was not just about personality, which has often been the case in recent SBC presidential elections. These two candidates held very different views for how best to address some of the larger issues the SBC is presently facing.

In a convention that is deeply committed to the commands of Christ, Jesus’ words on unity can’t be ignored:“By this everyone will know you are my disciples, by your love for one another.” “That all of them may be one, Father, just as you are in me and I am in you.”

There are real questions and real concerns to work out. If there is to be enough goodwill and unity to continue, the IMB may play a key role. 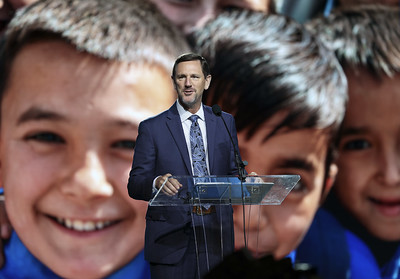 The SBC loves the IMB. Year after year, messengers and guests at the convention are reminded of the primary reason some 50,000 churches fellowship and give together—to send missionaries to the ends of the earth. Seeing 52 new missionaries crossing the platform at the IMB commissioning service on the first morning of the convention, telling why they are going to serve, is the core of what keeps the SBC together.

IMB President Paul Chitwood passionately said as much from the platform on Tuesday. And Chitwood may himself, play a key role in preserving and furthing our unity. The affable former pastor and Kentucky Baptist state executive is generally soft spoken, with a southern drawl. He is well liked, well spoken, and well poised to be a uniter in the Southern Baptist Convention. As an articulator of unity around missions, Chitwood could play a key role helping Southern Baptists to come together in the great cause of global missions even as they work out their differences.

Chitwood’s call for togetherness for the purpose of missions was very clear.