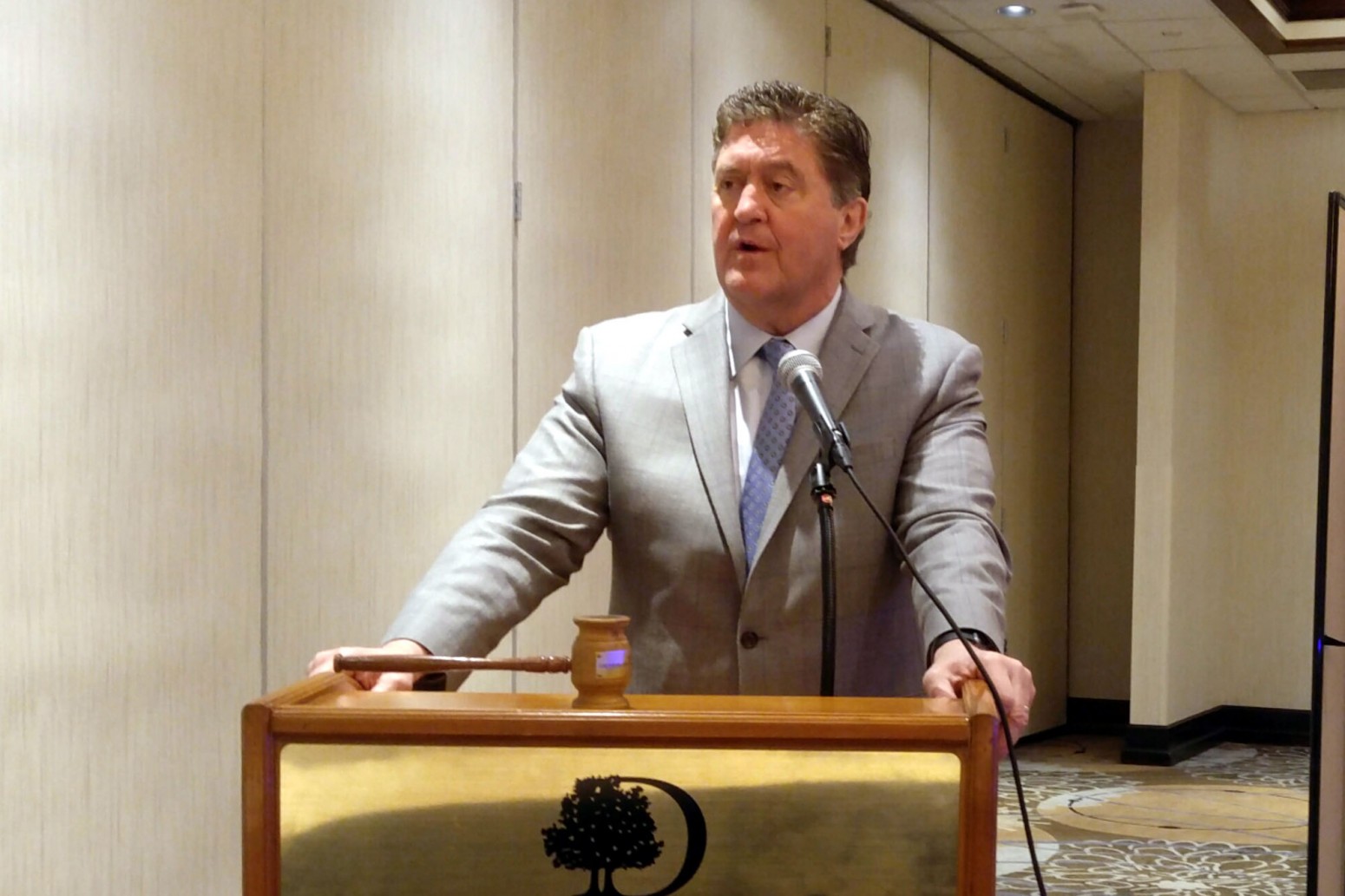 Steve Gaines, president of the Southern Baptist Convention, fields questions about topics of interest to Southern Baptists, from President Trump to the need for revival, during the annual meeting of state Baptist paper editors. Photo by Lonnie Wilkey

It seems a fair question, especially following the loquacious and public presidency of Ronnie Floyd. Steve Gaines, by comparison, is almost invisible. This is not a criticism of Gaines, that he would have a different style as Southern Baptist Convention president. That is to be expected. Each president makes his own way and leads from his own strengths. But Gaines’s less public style leaves us wondering: What is Steve Gaines doing?

Perhaps focusing on issues that we just haven’t heard about yet.

Floyd wrote. A lot. Almost every week Floyd published thoughts on righting the denomination and meeting the culture conflict head-on. He quickly assumed a statesman position for his two years in office, urging support for missions and the Cooperative Program. We came to rely on his thoughtful, well-reasoned analysis of current events.

Gaines, on the other hand, has spoken for publication rarely. He offered a few comments encouraging Southern Baptists to pray for the election and then the incoming Trump Administration. And in February Gaines urged prayer for revival in America. But it’s his comment on the complaints about the Ethics and Religious Liberty Commission and its president Russell Moore that, we hope, gives a glimpse at Gaines’s work behind the curtain.

“I hope the kind of talk we have been hearing is not the direction in which we are going. I hope Russell will remain in his position and that we have reconciliation with a lot of people,” Gaines said to denominational leaders and editors in Los Angeles. His comment came almost simultaneously with the announcement by Dallas-area pastor Jack Graham that his megachurch, Prestonwood Baptist, would be holding in escrow its sizable offering through the Cooperative Program. Graham expressed concerns about the direction of the SBC and the ERLC, in particular, after an election cycle marked by Moore’s anti-Trump tweets, his ongoing interest in refugees, and the “friend of the court” support of a freedom of religion case, in which both the ERLC and the International Mission Board opposed onerous government regulations placed on a New Jersey mosque.

Southern Baptists do not need another era of suspicion, doubt, and sometime demagoguery. Our mission cause is too important to withhold funding over ancillary anxieties. The reconciliation that Gaines spoke about requires behind-the-scenes diplomacy and skillful mediation. That’s what we hope Gaines is doing, even if we never hear about it publicly.