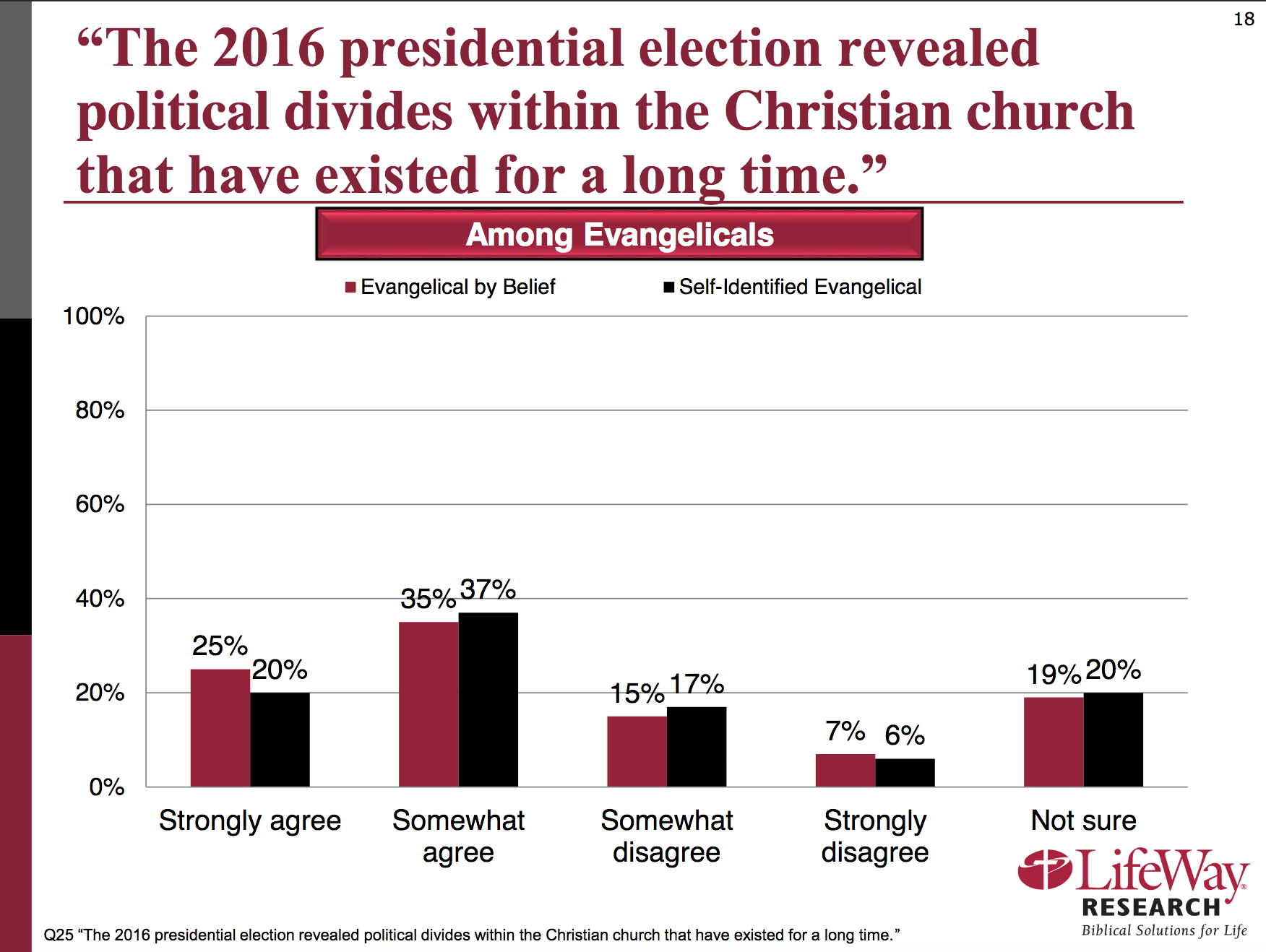 With one week to go before the U.S. mid-term election, new research may shed light on how evangelicals will vote. The Billy Graham Center Institute at Wheaton College and LifeWay Research in Nashville, Tenn., released an extensive study in October on how evangelicals voted in 2016, and how they feel about their decisions today.

Among the findings: 53% of evangelicals by belief characterized their vote in the 2016 presidential election as being for a candidate, while smaller percentages said they cast their vote against Hillary Clinton (18%) or Donald Trump (15%). That only half of evangelical voters said they voted for their candidate in 2016 led researchers to conclude that evangelicals are “more issue-oriented than candidate-focused,” Christianity Today reported.

“I see no reason that focus on issues won’t be repeated next month,” said Ed Stetzer, referencing the Nov. 6 election. The executive director of the Billy Graham Center Institute overviewed the research in a press release. “In 2016, many evangelicals chose to look past a candidate as an individual to vote for a specific issue, platform, or party a candidate represented, seeing the candidates more like objects of representation than as individuals whose values and ideals fit theirs,” Stetzer said.

According to the research, two-thirds of evangelicals by belief agree committed Christians can benefit from a political leader even if that leader’s personal life does not line up with Christian teaching.

The survey also measured the issues at play in the 2016 presidential election. Both evangelicals by belief and self-identified evangelicals said an ability to improve the economy was the most important reason for voting the way they did, followed by positions on health care and immigration.

Working across divides
Most evangelicals by belief and self-identified evangelicals say the 2016 election brought to the surface some underlying divisions among Christians. Yet, most evangelicals also believe someone in the opposing party can be a devout Christian.

When evangelicals encounter someone using biblical beliefs to justify political views that are opposite of their own, few question their political opponent’s faith. Evangelicals by belief are most likely to say they are hopeful they can find common ground biblically.

“Jesus is not coming back on a donkey or an elephant,” said Stetzer. “We have to acknowledge that people vote for different and complex reasons and that Christians can differ on politics and agree on the gospel.”

– From LifeWay Research, with reporting by Christianity Today