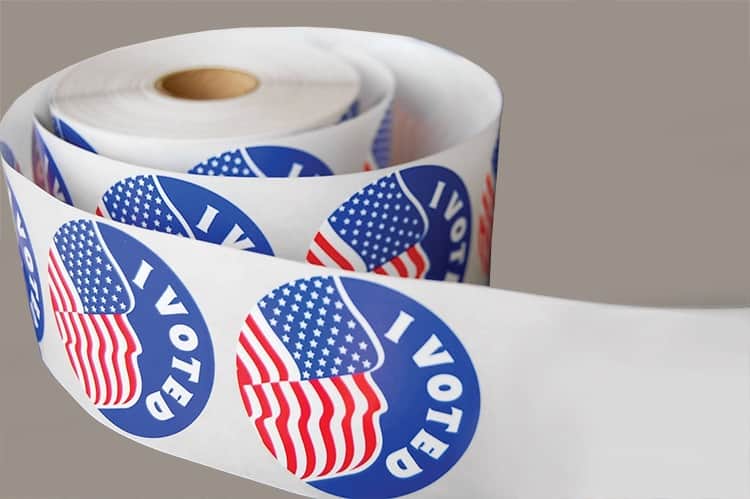 Heading into the 2020 election, the role of religious belief among the electorate is making previously predictable voter blocs less predictable, especially as issues concerning the COVID-19 pandemic, race, civil unrest, and the Supreme Court have erupted. Still, both parties and their presidential candidates are counting on the faith-based voters they have traditionally garnered, with little apparent effort to reach across lines to recruit evangelicals or black Protestants, as these significant voting groups are often identified by pollsters.

In September, author Sally Quinn interviewed prominent faith figures for The Washington Post, including Ralph Reed, founder of the Faith and Freedom Coalition, about evangelical Christians and their vote. Reed told Quinn many evangelicals voted for President Donald Trump in 2016 and plan to again in 2020 because he has championed “issues that beat in the hearts and give meaning to the souls of tens of millions of voters of faith,” including the sanctity of life, religious freedom, and the First Amendment, among others.

A poll taken by Pew Research in June confirmed Reed’s words, showing 82% of white Protestant evangelical voters would vote for or lean towards voting for Trump. That group is the most supportive of the President out of all the Christian groups surveyed. However, those numbers may be slipping. In August a Fox News poll showed a 28% increase in support for former Vice President Joe Biden among white Protestant evangelical voters, which is an increase of 12% over their support for Hillary Clinton in 2016.

Among black Protestant voters, Pew reported in June, 54% believe Biden would make a good president and 88% say they would vote for him if the election were held today.

With Christians less likely to vote as a unified bloc than in some previous elections, the faith of candidates themselves may play a more integral role, especially since the candidates represent a wide variety of views. Former White House Press Secretary Stephanie Grisham recently addressed the President’s faith, which some observers have questioned.

“The President values the close counsel of many in the faith-based community, as well as the daily prayers of the many Americans who pray for him, his family, our country, and our military,” Grisham said in a statement to The Washington Post. “I have personally witnessed the President in worship many times and have also seen him use his faith and prayer to privately comfort and console Americans after a tragedy.” Trump continues to count on the support of prominent evangelicals who surrounded him at his first election, including First Baptist Dallas pastor Robert Jeffress and other Southern Baptists. Most cite his role as a defender of pro-life legislation and religious freedoms as reasons to support Trump, rather than his personal behaviors or faith practices.

As for Biden, Richard Mouw, former president of Fuller Theological Seminary, told Christianity Today he thinks people respond to the former Vice President’s religious commitments. “People believe Biden’s faith is real,” Mouw said. “He has a pastoral tone…. A lot of evangelicals who support Trump do worry about his mean-spiritedness and the polarization and we’ve been missing that pastoral tone.”

An August “Vice and Virtue” online survey of evangelicals and Catholics by the group Vote the Common Good found evangelicals split over which candidate is more virtuous. Only 22% of respondents believe Trump is humble and modest. Some Democrats see this as a point in their favor.

Republicans, though, point to Biden’s decision to no longer support the Hyde Amendment, which prohibits federal funding of abortions, as a hurdle for him to overcome with evangelicals. More than one Catholic leader has criticized Biden for his “choice” position on abortion, which is at odds with his own church’s teaching. Conservative leaders also note Biden’s lack of support for laws that protect religious freedom and rights of conscience. Both are hot button issues for conservative and evangelical voters, and issues that Trump has supported through a number of executive actions during his presidency.

Toward a biblical viewpoint
In 2020, Christian voters may not be as much in lockstep as they once were headed to the ballot box; they also disagree about the part believers should play in the political process. While some would encourage Christians to stay out of politics, others urge an even more active role.

In a webinar last spring, Southeastern Seminary theology professor Bruce Ashford argued that religion and politics can’t be separated. He described politics as “the art and science of persuading one’s fellow citizens for the common good.”

Ashford turned to Matthew 22:20-22, where the Pharisees tried to engage Jesus in a debate that was both political and theological, with possible offense to both Roman and Jewish law. Citing Jesus, Ashford advised Christians, in terms of their politics, to “render unto Caesar what is Caesar’s, render unto God what is God’s.”

This in turn applies to the local church where “we declare to the world that Jesus is the Lord, that Caesar is not.” When Christians leave the church on Sunday and scatter, Ashford said they are to be salt and light as described in Matthew 5:13-16. Because being a faithful representative of Christ means remembering “our ultimate allegiance to the Lord is to God, not to a political leader or talk show host.”

Dallas pastor Tony Evans similarly urged Christians not to leave God out of their politics. In a sermon series titled “Kingdom Voting,” Evans said, “The Bible makes it clear in Romans 13:1, every person is to be in subjection to the governing authority.” But if Christians want the right kind of government, God must be in the equation, Evans said. “The further you remove God’s person and his policies, then you have removed yourself from  God’s place of blessing as a nation.”

Ultimately, Evans said, “it is the opportunity and responsibility of citizens to partner with God to expand his will in society.”

With just weeks left before the election, fellow leaders are urging Christians to get out and vote Nov. 3, and to arrive at the voting booth informed about the candidates and the issues.

“Rushing into the ballot booth at the last minute is not being a responsible voter,” said Rolland Slade, chairman of the SBC Executive Committee. “We need to take time to read and study the issues, statements, and compare them to what the word of God says.”