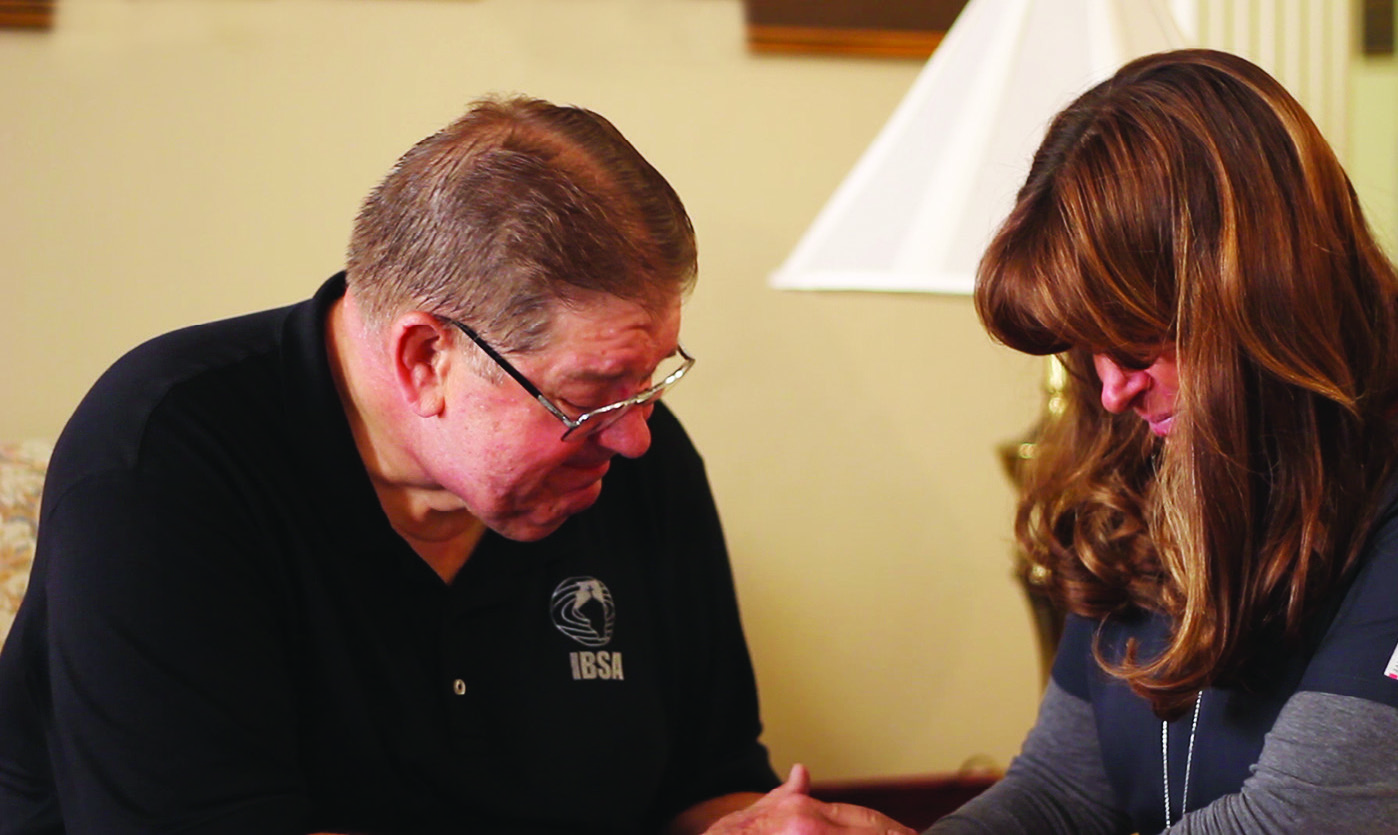 Pat Pajak will make you cry. Why? Because he cries.

Whenever there’s talk about how many people in Illinois don’t know Jesus, you can count on Pat to get choked up. And whenever Pat tells how he had the privilege of sharing the gospel with someone—and that someone accepted Jesus as Savior—tears will flow. His shoulders shake up and down. His voice cracks. And for a moment, the story stops. But he catches a breath, and continues.

And invariably, the person he’s witnessing to agrees that they need Jesus, and prays to receive him as Savior.

The biker. The nurse. The couple at the gas station on the way to North Carolina. “I believe in witnessing opportunities wherever you’re at,” Pajak said.

Pat Pajak has a gift. Some would say his gift is evangelism, but that’s only part of it. Pat makes lostness in Illinois—vast, unfathomable, and seemingly almost too big to tackle—become real, and personal, and up-close.

“Lostness” is people, and Pat knows them personally. Even if he doesn’t, he’ll sidle up to them and ask if they go to church anywhere. And that leads to real conversation about knowing—and believing in—Jesus Christ.

Pat can make believers cry over lostness, and thank God he does. Whether it’s 8 million people in a state of 13 million, or the nurse at the Decatur hospital where he had heart surgery, lost people matter to Pat, because they matter to God.

After three decades as a pastor of growing evangelistic churches, and another leading church strengthening in Illinois, Pat today serves as associate executive director of evangelism for IBSA.

Winning Illinois, one by one

For some people, simply walking across the room to start a conversation feels like taking a risk. Taking the next step—turning a conversation toward the gospel—may feel even riskier. But that’s what we’re all called to do. Share the gospel.

And for many IBSA churches and their members, that’s where Pat Pajak comes in.

Pat will train more than 200 churches in soul-winning this year. And through IBSA’s Pastor’s Evangelism Network, Pat will help mentor more than 100 pastors. Encouraging pastors who encourage their churches in faith-sharing is Pat’s specialty.

“The easiest way, I think, to impact lostness in Illinois, is to build friendships with people where they begin to trust you,” he said.

For Pat and his wife, Joyce, that level of trust was established in a crisis more than 30 years ago, when a house fire claimed their infant son and a pastor soon led them to Jesus. Not every conversion comes after crisis, but Pat finds opportunity to share Christ in tough times, even his own.

“After Memorial Day last year, I had a heart attack…and quadruple bypass surgery,” he said. And since he believes in sharing Christ wherever you happen to be, that included the ICU and later the cardiac rehab unit. Eventually, he led eight nurses to faith in Jesus Christ in a three-month period.

“I said, ‘Will you allow me to pray with you?’” he recalled from an encounter with Gina. “So I shared the Romans Road with her and asked if that made sense to her. She said yes, and she prayed and asked Jesus Christ to come into her heart.”

Pat wells up when he tells the story. “I saw her today and she hugged me and said, ‘I love you.’”

From complete stranger to sister in Christ.

“What a difference it would make if our church (members) decided, ‘I have the responsibility of sharing Christ, not just my pastor,’” he said.

With support from the Mission Illinois Offering and Week of Prayer, IBSA is equipping pastors, church members, and church planters to share the gospel. “Now is the moment,” Pajak said, because people in Illinois need Jesus Christ. “We just need to capture that.”

In other words, now more than ever.