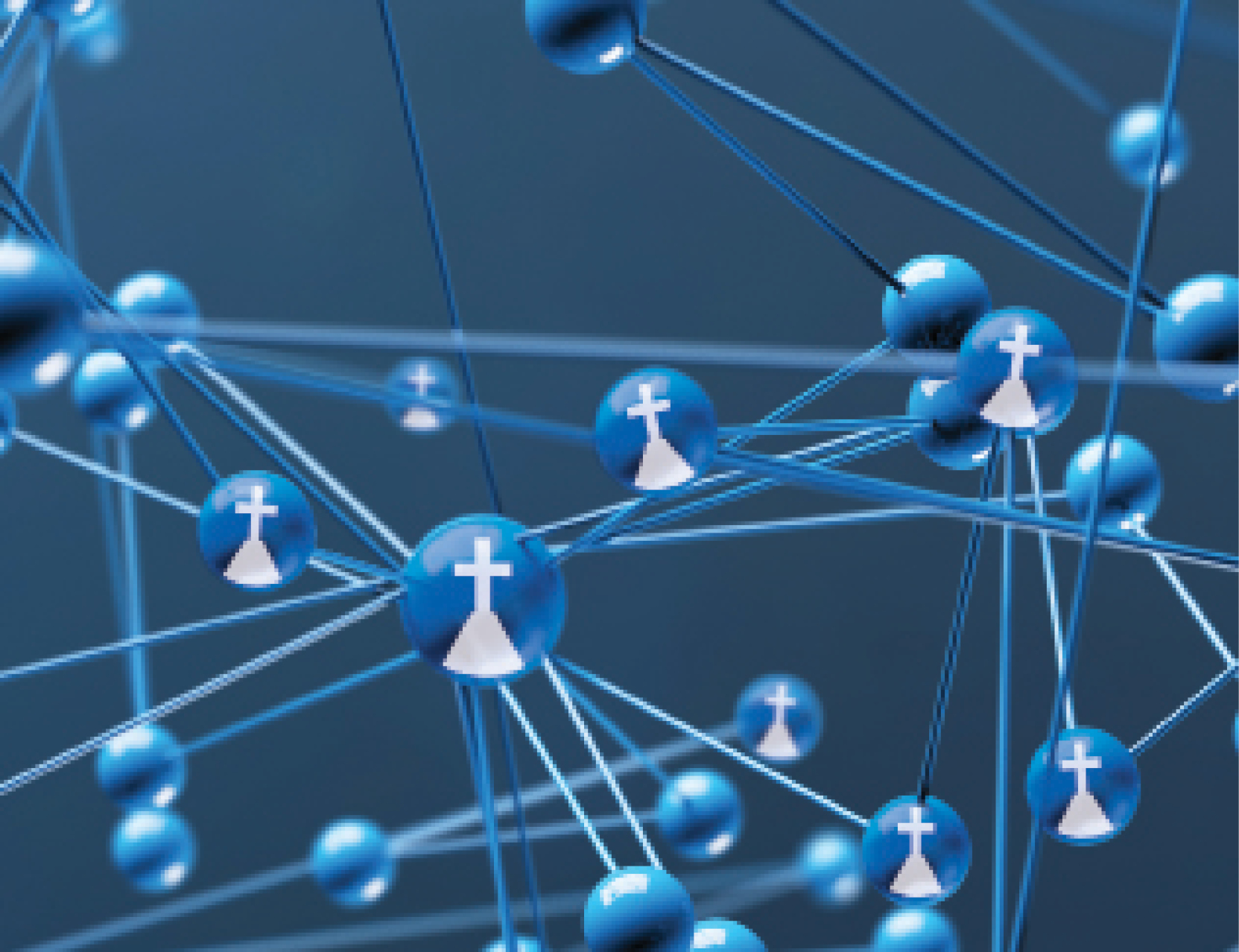 Every organization that exists for a significant amount of time will eventually be confronted with the need to renew its passion, reimagine its impact, and re-engineer its purpose. The local Baptist association, now more than 300 years old, is no exception.

This summer, a national study committee completed the most recent research on associations, presenting a fresh look at how churches interact with their local networks. The landscape has shifted, for both the church and the association.

An overwhelming majority of church leaders—80%—say the local association is a valued partner in their mission to reach people with the gospel. At the same time, the research showed a need to identify the qualities that equip associations and their leaders for effective partnership in changing times. Average Americans are increasingly less connected to the church, and churches often struggle to know how to speak into the spiritual lostness of their communities. Associations also wrestle with that tension, trying to connect with churches that once were linked because of geography, but now can access resources with the click of a mouse.

Churches used to gather for fellowship, doctrinal reinforcement, and training in programs to help them grow stronger and reach others. Now, ministry seems less dependent on programs and more focused on intentional, long-term relationship-building. And if a church is looking for a program, they don’t have to go to the association. Google will suffice.

In Illinois, the challenges associations face have been compounded by funding and structural changes over the past few years that have left many struggling to balance their ministry to churches with the reality of fewer resources. With the needs of churches becoming increasingly diverse, and associational resources being stretched as never before, Illinois associations too are discovering the need to rethink and revision both their purpose and the reasons for partnership.

Challenging ministry
In 1707, five Baptist churches in Pennsylvania joined together to form the first local association. The Philadelphia Baptist Association, now affiliated with American Baptists, predates the Southern Baptist Convention by almost 140 years. But as the SBC has grown since its founding in 1845, associations have been a vital part of its development.

There are more than 1,100 local associations across the country, representing more than 47,000 Southern Baptist churches. Generally, associations are led by a director of missions (DOM), although some are considering a title change to better reflect the new realities of the job (see page 9).

Associations do not receive a percentage of churches’ Cooperative Program missions giving, but are funded primarily by separate giving from congregations. In 2010, Southern Baptists adopted the “Great Commission Resurgence,” a series of recommendations that, among other actions, proposed the redirecting of North American Mission Board funding that had previously supported directors of missions in non-South associations, including several in Illinois.

“With that funding no longer available, many associations are needing to rethink their specific mission, finances, staffing, and even geographical realities,” said IBSA Executive Director Nate Adams. “Some associations are considering merging, to share resources and regain critical mass for doing ministry together. Others are reducing their personnel expenses to preserve shared ministry and missions funding.”

The changes and challenges aren’t unique to Illinois. Across the country, associations are making difficult decisions about which ministries they will provide for churches, and which they can no longer sustain.

The ground is shifting under associational leaders, Rick Wheeler told the Illinois Baptist. The role is changing, and has been for quite some time, said Wheeler, lead missional strategist for the Jacksonville (Fla.) Baptist Association.
Wheeler led a study team commissioned by the Southern Baptist Conference of Associational Leaders (SBCAL) to explore the role of associations in the current ministry climate, and to learn from associations that are known to be making effective adjustments. Their research, released in June 2018, identified some of the ways churches best utilize local associations, and what resources or training they’d like associations to offer. The study also included a list of desired proficiencies for associational leaders.

In addition to the research on desired proficiencies for associational leaders, Wheeler spoke to the IB about three qualities that make associations themselves effective in their mission:

1. Clarity of purpose
2. Ability to communicate the value that
the association adds to churches
3. Discipline in strategy execution

The more we get together
“An association has to know you can’t just be an association for the sake of being an association,” Wheeler said. “You have to have some purposeful connection to a biblical reason for existing.” That reason, he said, always connects to edifying or strengthening the local church.

Some associations are focused on church planting because that’s what their context demands. Others emphasize church health and revitalization. The key, Wheeler said, is for an association to determine how they’re adding value back to its partnering churches, many of which are contributing financially to the association.

In Salem South Baptist Association, Kevin Carrothers often fields questions about the purpose of the association. To help provide an answer, the director of missions is preparing to lead Salem South in a process to examine their purpose, structure, and future partnerships that could benefit Kingdom work. “In seeking purpose,” Carrothers said, “there comes a critical point where we have to say this is what we’re going to do, and this isn’t what we’re going to do.”

After an association has clarified its purpose, Wheeler said, they have to tell that story well. Set measurable metrics, he advised. Be ready to share with churches the things the association does best. And finally, he said, be disciplined in how you execute strategy in those things. “Don’t try to be all things to all people,” Wheeler encouraged associations. “Do a small set of things world class.”

The paradigm of how associations relate to churches has flipped over the last few decades. The association used to be the chief resource provider, ready with a shelf of materials to meet whatever need a church had, said Joe Gardner, director of missions for Metro Peoria Baptist Association.

“Everything was pretty program-driven, so the role of the DOM was providing the latest program, and having information available,” said Gardner, who also serves as an IBSA zone consultant to a region that includes neighboring Quad Cities Baptist Association. “That doesn’t work now.”

Churches, especially those that are plateaued or declining, sometimes don’t know what to do to have a real impact in their communities. What the association is in a position to do is not bring a shelf of resources, but rather meet churches where they are, and generate a sense of camaraderie and unity of purpose around their shared mission field.

“Here’s what the association has that nobody else has: proximity,” Wheeler said. “Because we have proximity, we can get together and have conversations and do missional activities together that we would not be able to do if we were not down the road.”

Future partnership
In Illinois, associational leaders understand the importance of bringing churches to the table to work together, so that more people might hear and respond to the gospel.

Rick Dorsey is pastor of Beacon Hill Missionary Baptist Church in South Chicago Heights and a leader in the Chicago Metro Baptist Association. He said churches could do a better job of working together than they do now, and the association’s role is to facilitate that collaboration.

“As an association we need to do a better job of bringing churches closer together so that we can work together in a more meaningful way to reach all of Chicagoland for Christ,” Dorsey said, “because together, in unity and in one accord, is the only way that we can achieve that goal.”

The challenge is doing so with limited personnel and financial resources. Dorsey is one of many local associational leaders who serve on a volunteer basis. Currently, only about one-third of Illinois’ local associations are staffed by full-time directors of missions. The remaining networks are led by part-time staff or volunteers often serving in an elected moderator role.

In other words, local associations are often at their best when convening people and churches for fellowship, leader development, and local projects. And IBSA is often best equipped to come alongside those efforts with more specialized training, resources, and expertise.

“In this new day, I think it is especially important for local church pastors and leaders to revisit the purpose and mission of their association,” Adams said, “and to look for ways that their state convention and other partners can effectively join them in meeting the growing and changing needs of today’s churches.

“Baptist associations can continue to play a vital role in both strengthening and multiplying churches. They will be most effective when continuously adjusting to stay relevant and valuable to the local churches they serve.”