(Editor’s note: This picture may be worth two thousand words, or more. Pastor Jon Sedgwick recently reported on a special baptism service at New Hope Baptist Church in Coal Valley. The explanation of the photo sent by Sedgwick (third from the left) is a wonderful and emotional testimony.)

It was a great day in the Lord! We have a baptistery inside, but some family members of those getting baptized did not feel comfortable inside a church building, so—outside in a trough.

It was an amazing experience and many tears were flowing. We had not baptized anyone in over a year, but the Lord was moving in lives during that time.

From right to left in the picture: A senior in high school who has been going to New Hope for many years and recently committed her life to the Lord. Next is a single mom who has had great struggles in the past, but now is fully committed to living for and growing in the Lord.

The next two are in their 60s and have had trouble with the law in the past. The man went to court the week after the baptism for an infraction in 2016 and was expecting to serve 60 days in jail. I had told him that though we come to Christ, he doesn’t remove the consequences of sin here on earth. He doesn’t give us a “get out of jail free” card. Well, the judge dropped all charges. God is good and this man praised God. They are both hungry to grow in the Lord.

The man (second from left) had a stroke when he was 21 and cannot speak. He has been attending church for a long time and we believe he was saved a few years ago. He wanted to be baptized to show what Christ had done for him. Obedience.

The last man (far left) is a county law officer. He began attending a small Bible study with another county officer and myself and was scared to come into the church building at first. He began to grow and the other law officer led him to the Lord. He is now witnessing to other officers and those he sees professionally.

God is moving and we praise him for his goodness. We are looking forward to many more being saved and getting baptized. 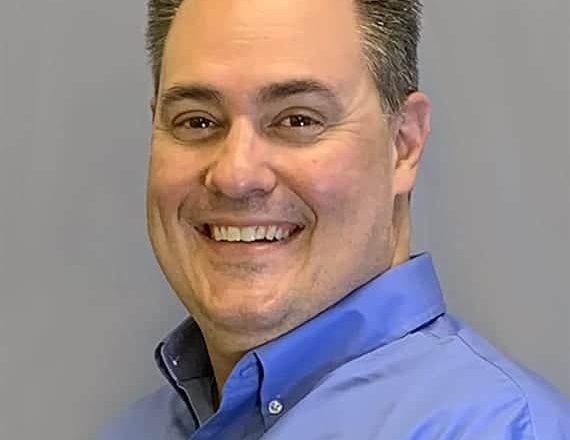 In this heavily commercialized time of year, advertisements constantly call for our attention, from Halloween to Thanksgiving and on through Christmas. There’s always something to sell, it seems, whether candy and costumes, turkey and travel, or presents and poinsettias. One major retailer’s Christmas television commercial has especially caught my eye this season. It doesn’t feature […]