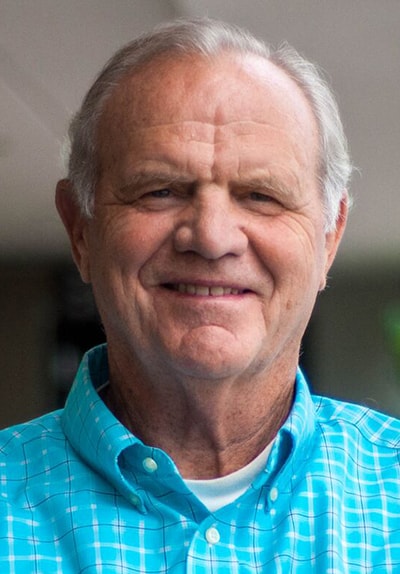 Ken Hemphill, an administrator at North Greenville University and a former Southern Baptist Convention seminary president, will be nominated for SBC president, a coalition of Southern Baptists announced Feb. 1 via a Baptist state paper.

“We desire to elect a man who is a Southern Baptist through and through, values our understanding of the Gospel, and, has an established record of affirming the cooperative work of our local churches through the associations, state conventions and national entities,” Louisiana Baptist Convention executive director David Hankins said according to the state’s Baptist Message newsjournal.

“We sought Ken out because of his record in these areas as well as his impeccable character, remarkable breadth of experience in Southern Baptist life, passion for missions and evangelism, and an active ministry of revitalization to pastors and churches,” Hankins said.

Hankins and Hemphill told Baptist Press a decision is forthcoming on an individual to make the nomination at the SBC’s June 12-13 annual meeting in Dallas.

Hemphill, 69, was president of Southwestern Baptist Theological Seminary from 1994-2003 and national strategist from 2003-11 for the SBC’s Empowering Kingdom Growth (EKG) emphasis, an initiative launched in 2002 calling Southern Baptists to renewed passion for God’s Kingdom.

When EKG transitioned from the SBC to North Greenville in 2011, Hemphill became founding director of the university’s Center for Church Planting and Revitalization, continuing EKG’s emphases under the acronym CPR. After retiring from that position, he returned to North Greenville to serve as special assistant to the president for denominational relations.

Hemphill has also pastored churches in Kentucky and Virginia and led the Home Mission Board’s (now the North American Mission Board) Southern Baptist Center for Church Growth in the early 1990s. He noted he wants the SBC to “reclaim our heritage of cooperative partnerships.”

“I think there has been an erosion of how local churches, associations, state conventions and the national convention really function together in every dimension of the Great Commission,” Hemphill said in an interview.

Hemphill noted he is not “running against” any other candidate.

“It’s always better for Southern Baptists when we have several good candidates” for convention president “because it gives us an opportunity to exercise our congregational polity” and discern the Holy Spirit’s leading “in a corporate context,” Hemphill said.

In a written statement to BP, Hemphill said he would “continue the emphasis on prayer and revival which has been a major emphasis of [SBC President] Steve Gaines.” He also cited the need to “aggressively plant new churches while we give equal effort to revitalizing our many existing churches which need our assistance.” Hemphill suggested a “national task force for revitalization” that would work with state conventions, associations and churches.

Hemphill’s written statement underscored his commitment to the Cooperative Program, the Baptist Faith and Message and the “Statement of the Traditional Southern Baptist Understanding of God’s Plan of Salvation” — a 2012 document that advocated the “traditional Southern Baptist” understanding of the doctrine of salvation and attempted to distinguish it from the beliefs of “New Calvinism.”

First Baptist Church in Hendersonville, N.C., where Hemphill is a member, recorded 20 baptisms in 2017, with an average worship attendance of 1,475, according to data from the SBC’s Annual Church Profile database. Over the past decade, the church saw a high of 78 baptisms 2009.

The congregation told BP it has given 10 percent of undesignated receipts through the Cooperative Program annually since at least the mid-1990s and is among the top CP-giving churches in North Carolina.

First Baptist’s percentage of CP giving as indicated by ACP data is slightly higher than 10 percent for some years and lower for others, but such differences generally can be explained by the use of different fiscal years, the timing of payments to the state convention and other factors.

The church said its Great Commission Giving exceeded 15 percent of undesignated receipts in 2017. Great Commission Giving is a category of giving established by SBC action in 2011 that encompasses giving through CP, Southern Baptists’ unified program of funding state- and SBC-level ministries, as well as direct gifts to SBC entities, associational giving and giving to state convention ministries.

The informal coalition that encouraged Hemphill to allow his nomination consisted of approximately two dozen Southern Baptists and began talking with Hemphill about the matter before Christmas, Hankins told BP.

Hemphill’s presidential nomination is the second to be announced for the SBC annual meeting. North Carolina pastor J.D. Greear’s nomination was announced Jan. 29.

Hemphill and his wife Paula have three children and 10 grandchildren. He holds master of divinity and doctor of ministry degrees from Southern Baptist Theological Seminary and a doctor of philosophy from Cambridge University.