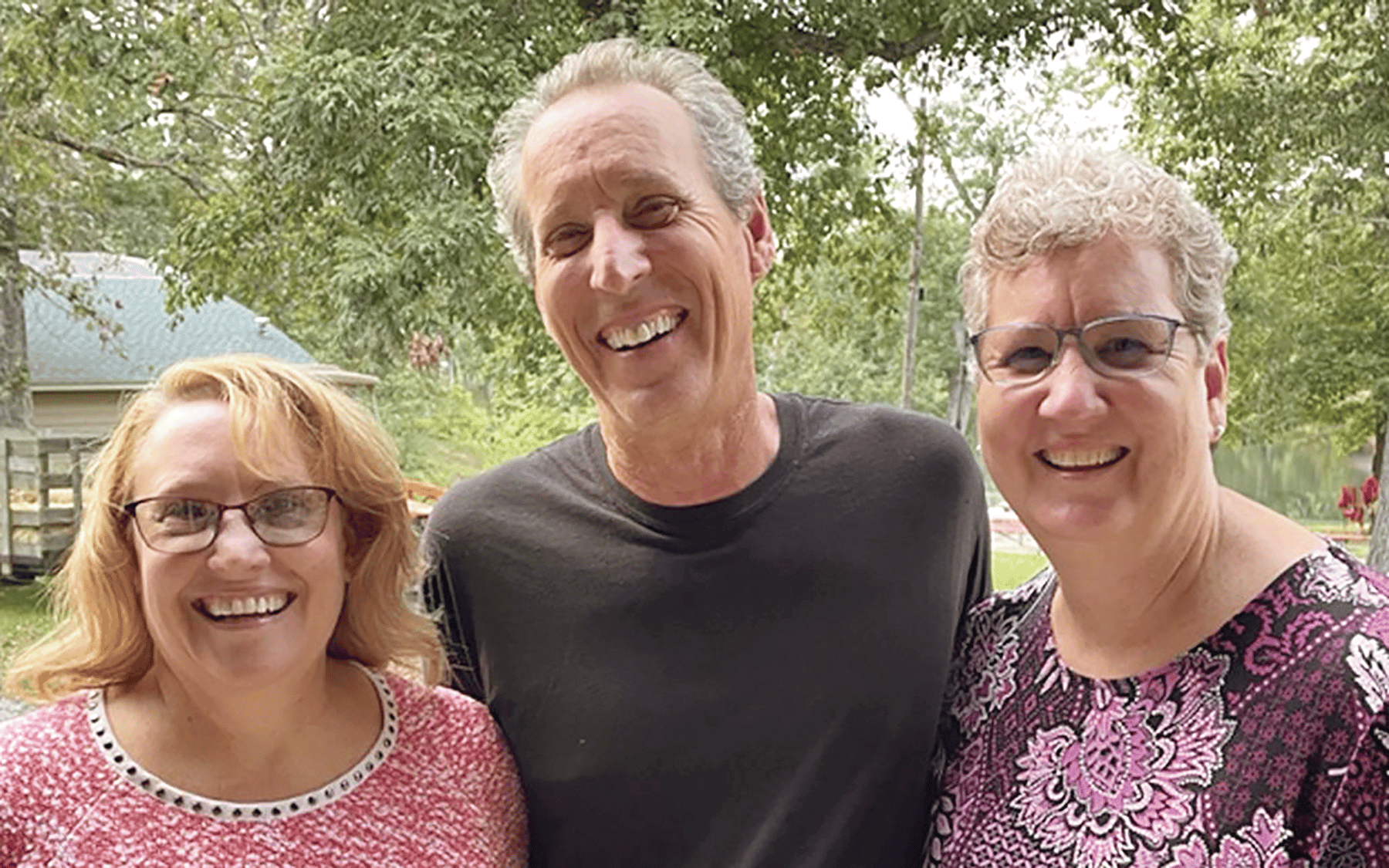 (Ed. Note—In our July issue, we reported that Illinois’s very own Sandy Wisdom-Martin told the story of her brother’s recent baptism during her WMU presentation at the Southern Baptist Convention meeting in Anaheim. We thought we you would appreciate this longer account that shows God’s fingerprints through multiple SBC connections. It’s too good to miss.)

When Sandy Wisdom-Martin watched her brother, Doug, get baptized last year, it represented a story of God’s faithfulness and Southern Baptist cooperation.

After her mother shared the good news, Wisdom-Martin rearranged her travel schedule to be there. The Woman’s Missionary Union (WMU) national executive director-treasurer was traveling through the Midwest enroute to another obligation at the time.

Her family attended a small Southern Baptist church when Sandy was growing up, and it was there her brother Doug had walked the aisle as a child. By his own admission, Doug never made a true profession of faith. 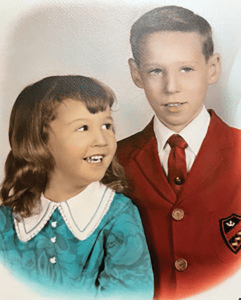 Sandy and Doug Martin as children

This was until Doug and his wife began attending a campus of Lighthouse Community Church in Nashville, Illinois during the Covid pandemic. It was there he would profess faith in Christ and seek baptism.

Wisdom-Martin said it was an “overwhelming” experience seeing her brother’s baptism take place at the very same lake where she attended camp and surrendered to a call to ministry.

“It’s such a special place in my life as it’s where I heard God’s call on my life and I responded,” Wisdom-Martin said.

“Just the place itself is special, but nothing could have prepared me for my mother calling to say my brother was getting baptized. It was so incredible. It was a story six decades in the making.

“The story of my brother doesn’t happen in isolation; it happens because of the community of Southern Baptists. I’ve always been a strong advocate of what we do as Southern Baptists, but that day it was even more personal because it was my brother. I was amazed at the connections, but also the time span of everything that had to happen for decades for that moment in time to happen.”

Donato was attending a small college in Lexington, Ky., in the late 1990s, but it closed and he transferred to Boyce College in Louisville. While there he started attending Highview Baptist Church. At that time, the youth pastor was Jimmy Scroggins and the senior pastor was Kevin Ezell.

Scroggins currently serves as lead pastor of Family Church, a network of neighborhood churches in South Florida. And Ezell, who also pastored First Baptist Church of Marion, is now head of the North American Mission Board (NAMB)

While at Highview Church, Donato interned with Scroggins. This gave Donato the opportunity to grow not only under Scroggins, but under Ezell as well. “He was the first younger pastor that I got to sit under. I got to see Highview launch their second campus, and to see what went into that before church planting was really a ‘cool’ thing to do.”

It was there “I really learned how to be bold and courageous in leadership,” Donato said. “It’s been a unique experience to be that close to guys who have been so impactful for the Kingdom and been such visionary leaders.”

Years later, as the pastor of Lighthouse Community Church, Donato would continue this philosophy of church planting. Lighthouse receives some financial support from NAMB, and a few years ago the congregation started its second campus in Okawville, Ill.

This is where Doug Wisdom and his wife, Becky, met Donato. They were invited to visit the church by folks who were already attending.

When the couple went through the new members’ class, Donato said he talked with them about the gospel and what it meant to be saved. “You could tell God was gripping Doug’s heart, and it was very evident that God was doing something,” Donato said. 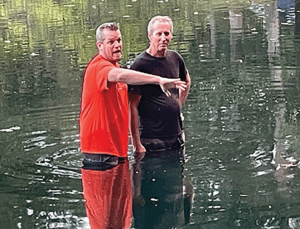 It wasn’t until Doug’s baptism sometime later at Lake Sallateeska that Donato would make the connection about Doug’s relation to Sandy of the WMU.

“It’s the beautiful mosaic of the Kingdom,” Donato said. “God is constantly working and doing things that will bring Him glory.”

Wisdom-Martin said it is amazing that her support of NAMB was actually going to the church where her brother would come to faith and be baptized.

“For as long as I can remember I have supported the Annie Armstrong Easter Offering,” Wisdom-Martin said. “Everything that I’ve given over the last 50 years has been worth it and I would give it all over again, because it helped lead to my brother’s faith. I want that for all of us and our friends and family members. I think that’s the power of what we do together.”