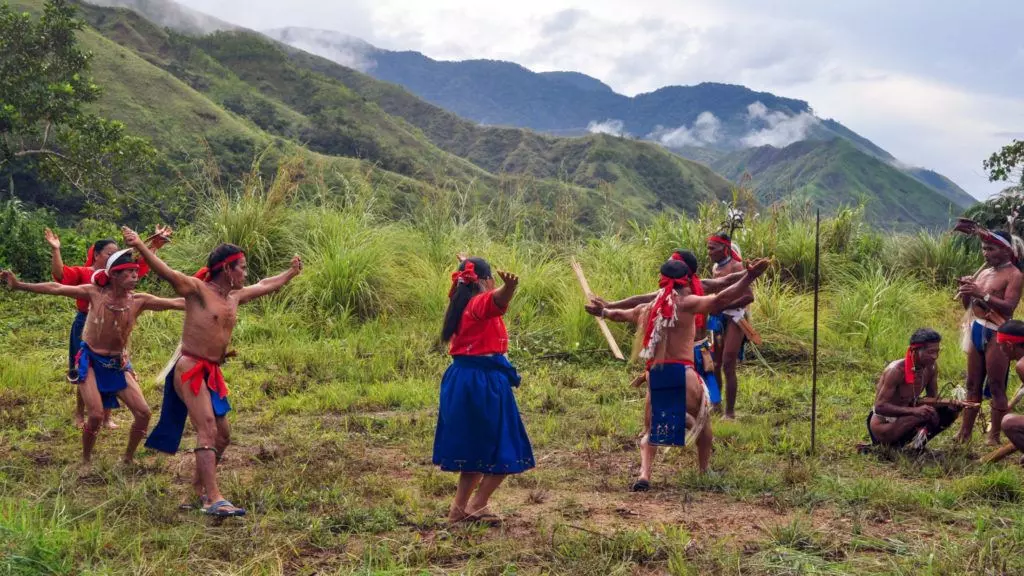 Bugkalot tribal members celebrate with a traditional dance at a recent gathering of churches. The Bugkalot tribe, once feared as violent hunters, are sending their own missionaries to other unreached tribes in the Philippines. IMB Photo 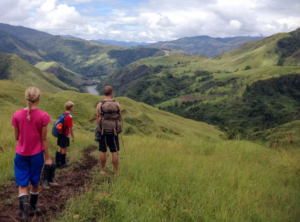 The Hagen family, IMB missionaries, help disciple and train Bugkalot missionaries to reach other isolated tribes in the Philippines. To reach a Bugkalot village Jen grew up in, the family had to hike in. IMB Photo

Only a few decades ago, the Bugkalot people were one of the fiercest tribes in the Philippines, known for beheading their enemies. No outsider who contacted the tribe survived, and the people around them lived terrified of them.

Then, in the 1950s, the Gospel slowly took root in the tribe after some of the leaders met believers and came to faith. The first believers established churches that grew and multiplied as more and more Bugkalot people chose to follow Christ.

My family was among the missionaries who moved to the Philippines to disciple and train Bugkalot believers. I grew up in a tribal village as the Bugkalot church began to multiply.

When my husband and I joined the IMB and moved to the Philippines in 2005 to work with the Agta, another unreached tribe, God planted the idea in our hearts that the best people to reach the Agta would be other tribal people. We immediately thought of the Bugkalot, and as soon as we could, we hiked back to the village I grew up in to speak with many of the men my dad discipled.

God used that conversation as the catalyst for Bugkalot believers catching a vision to take the Gospel beyond their tribal borders. Over the next several years, we worked together with other partnering missionaries to help the Bugkalot establish their own sending organization. Thus far, they have sent more than 20 believers to serve as missionaries among the Agta.

It’s been amazing to watch Gospel transformation come full circle. A tribe that used to bring death wherever they went became passionate partners in the Gospel.

For a people group that is very family-centered and isolated from the rest of the Philippines, it is a big sacrifice to leave tribal territory, learn a new language and culture, and be separated from loved ones. God used their sacrifice in powerful ways. More than 20 churches have been planted among the Agta.

As the Bugkalot church grew in its burden for the unreached, God inspired the people to reach the lost and neglected in their own community as well. For example, everyone thought a village had been completely wiped out by in-fighting within the tribe decades earlier, but church leaders heard that a few survivors relocated.

Though the survivors had since passed away, the church sent a delegation to their children and Grandchildren. They apologized for the violence and tragedy decades earlier and shared the gospel.

It’s been wonderful to see how Bugkalot churches have been strengthened as they focused on the unreached, even though they’ve sent out some of their best leaders.

Now that work among the Agta is more established, we are working to expand the model of tribal people reaching other tribal people to other groups in the Philippines. It’s been a privilege to be involved in the partnership God has used to build His church in the Philippines, and to have a front row seat to the Bugkalot’s story over the decades.

For so long, the definition of “finishing the task” has been when the local church can stand on its own. But it’s not truly finished until they can come alongside and actually be part of reaching other peoples with the Gospel, and it’s been really exciting to watch the Bugkalot catch that vision.

– Jen Hagen is an IMB missionary to the Philippines.