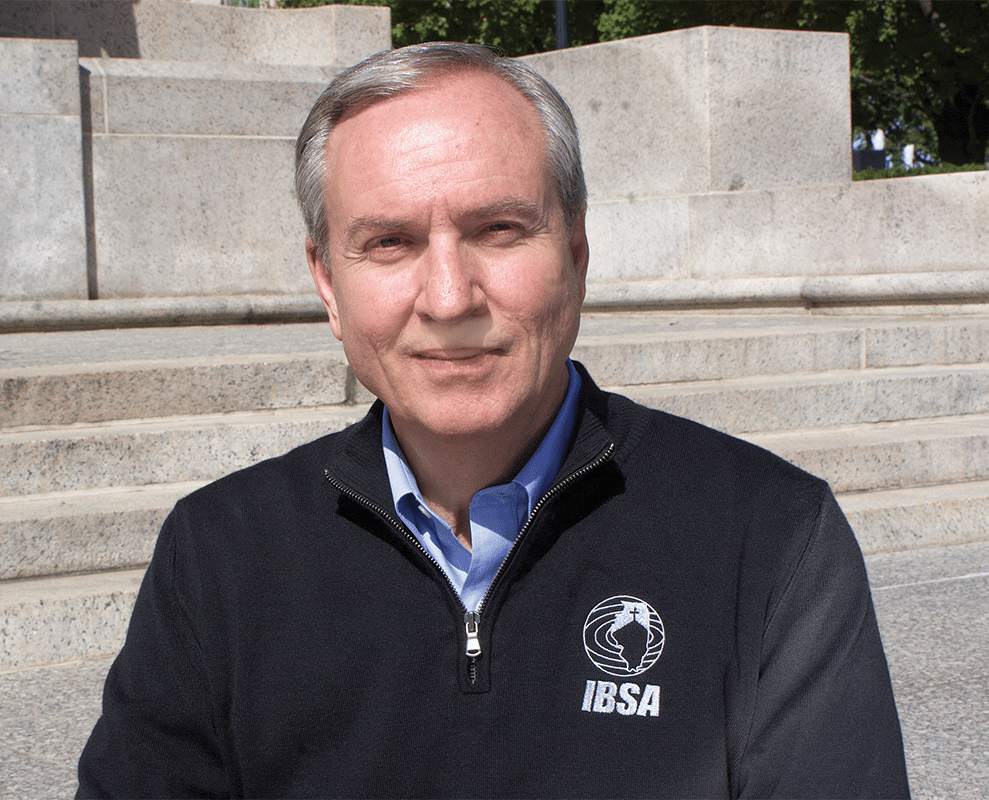 Recently Beth and I joined a group of Baptist pastors and leaders and their spouses for a tour of biblical sites in Greece. For a week we followed the footsteps of Paul from Philippi, through Thessaloniki and Berea, and on to the ancient world crossroads of Athens and Corinth.

It would be difficult to briefly describe the spiritual impact of seeing the river where Lydia was baptized, or the excavated jail where Paul and Silas sang until the walls fell, or Mars Hill where Paul used a statue dedicated to “the unknown God” to tell the philosophers of the day about Jesus. But let me tell you about an experience with one of my fellow travelers.

While we traveled mostly by bus, on our last full day in Athens our group traveled to three small islands. The crew made it clear that at each stop we were all to be back on the boat by the prescribed time, or it would leave without us. We learned they were serious at the very first port, where two passengers not in our group were left behind on the pier to find another way home.

Throughout the trip, our group had grown accustomed to checking on one another before each departure. But the boat’s multiple levels made counting heads more difficult, and on this day one of the wives was ill and had remained at the hotel. Alone on the day’s excursion, her husband wasn’t quickly missed until just after we had pulled away from the third and final port.

Almost everyone aboard was on the ship’s inside cabin, because by then it was late and the upper deck was dark and chilly. While our group leader hurried to check the lower deck, he asked me to check the upper deck. I squinted and felt my way around in the dark until I found our friend, wrapped up and enjoying some solitude under the stars. Relieved, I explained our concern, and returned to the rest of the group to report his whereabouts.

Early the next morning on the bus back to the airport, I heard the person in the seat behind me lean up and speak quietly. “Hey, thanks for coming to look for me last night,” my friend said. “I didn’t feel lost, but it means a lot that someone would come to find me.”

Thanks for coming to look for me. At the end of that very special week, my friend’s words took me back to Lydia and her household, and the Philippian jailer and his household, to Jason and the new believers in Thessalonica, and the many who found salvation in Corinth.

Acts 18 tells us that the Jews in Corinth were so abusive that Paul almost gave up on them. But in a vision the Lord reassured Paul that he still had many people in that city, and so Paul stayed eighteen months to look for them. I wonder if Crispus, the synagogue leader in Corinth who believed, or perhaps a member of his household, ever thought to have a quiet moment with Paul to simply say, “Hey, thanks for coming to look for me. I didn’t feel lost, but I’m so glad to have been found.”

Paul traveled a lot of miles to look for lost people. And together, we still send missionaries to the lost peoples of the world, and start new churches, and equip church members for evangelism, because God is still seeking and saving the lost. Like my group leader, he sends us into the darkness to find them. Some day they may thank us, simply for caring enough to come and look for them when they didn’t know they were lost.