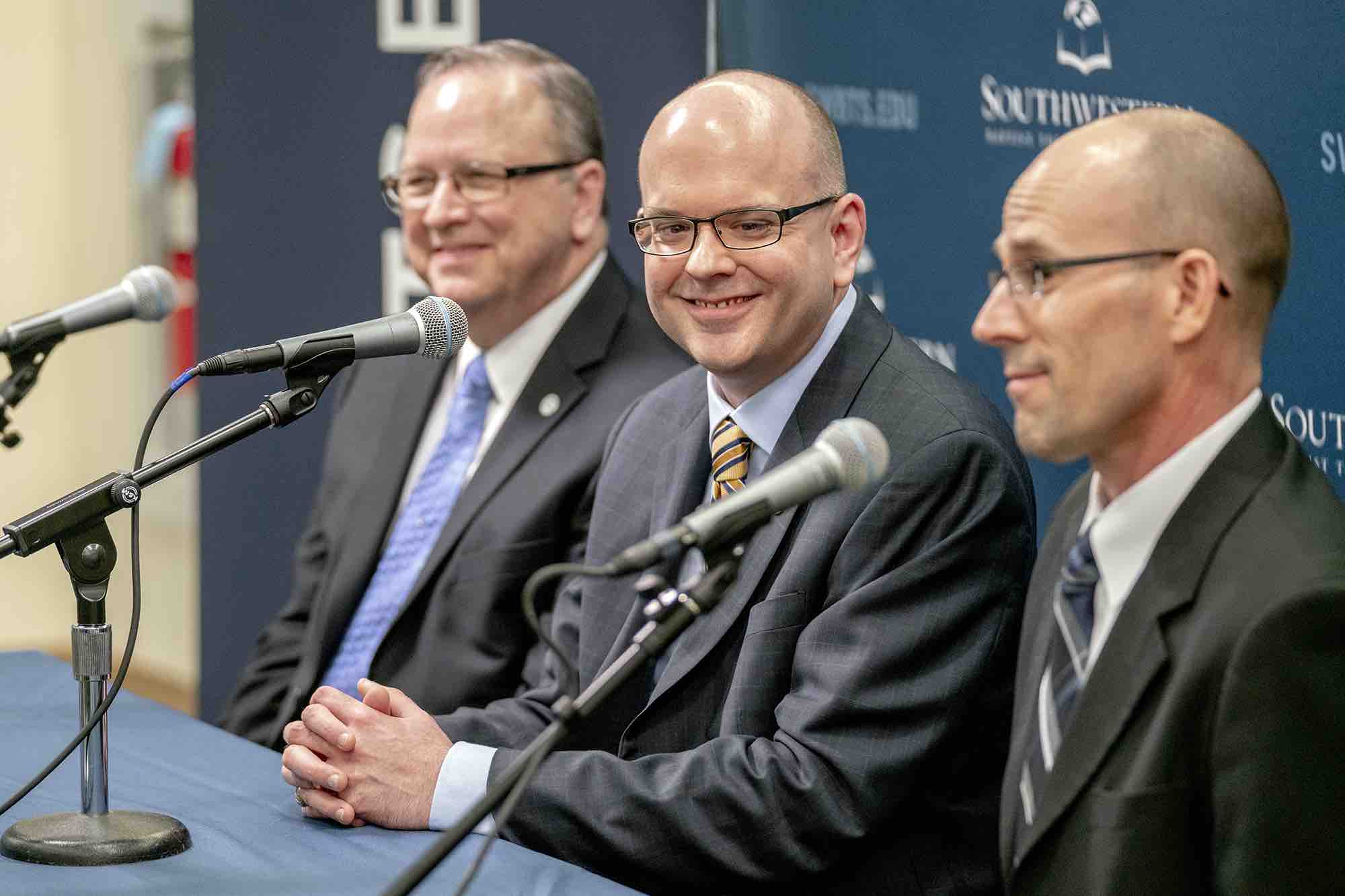 Greenway, 41, currently serves as dean of the Billy Graham School of Missions, Evangelism, and Ministry at Southern Seminary. He has served denominational leadership roles, including board positions with Kentucky Baptist Convention and LifeWay, vice chairman of the Evangelism Task Force, and is current chairman of the SBC Committee on Order of Business.

Greenway fills the post left by Paige Patterson, who was moved to emeritus status last year and later terminated over controversial comments about women and allegations that he mishandled claims of sexual assault by a student while Patterson was president of Southeastern Seminary, before he assumed the same role at Southwestern.

Danny Roberts, chairman of the search committee, called Greenway “a man of impeccable character who demonstrates kindness and humility in his dealings with others, a leader who surrounds himself with talented people and allows them to work within their giftedness, a bridge builder in the Southern Baptist Convention, and a true scholar with a heart for missions and evangelism.”

Greenway met his wife, Carla, while both were students at SWBTS. They have two children. “I believe the best days of Southwestern Seminary are ahead of us,” he said, “and I am committed to training and sending out the next generation of God-called men and women for gospel service around the world.”

“Every” candidate submitted “has been seriously considered, for every submission is a sacred trust from Southern Baptists,” Stone said. “Your committee has been both unanimous and unified at every single turn.”
If the candidate agrees, the EC will vote in a special called meeting.