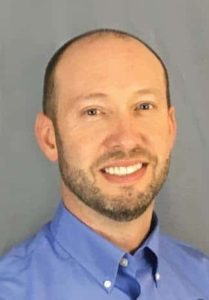 The details of the Christmas story can enthrall me, drawing my imagination into a cold night in Bethlehem. Mary and Joseph, road wearied and expecting, settled in a gritty stable. The sharp night air mixed with smells of straw and sheep. A million stars in the clear Middle Eastern sky.

I love the idea of that moment. But don’t allow the moment to block the big picture. Don’t miss that the Christmas story that night in Bethlehem was the coming together of hundreds of stories from hundreds of thousands of nights. Let these words from the Apostle Paul capture more than your imagination.

“But when the fullness of time had come, God sent forth his Son, born of woman, born under the law, to redeem those who were under the law, so that we might receive adoption as sons” (Galatians 4:4-5 ESV).

Yes, God sent his son. That is the essence of the Christmas story. But let the first words of that passage settle in. “When the fullness of time had come.” All the fears, the failures, the promises, and the prophecies led to that moment. All the waiting, hoping, and longing of the Old Testament saints built toward that night. All the voices crying out “How long, oh Lord,” were left unfulfilled until then. Until then God was saying, “Not yet.” But at that moment, everything God required to prepare the ages for the coming of his son was realized. And God said, “Now.”

So, this Christmas, as we struggle through the waning days of 2020, sometimes crying out, “How long, oh Lord,” let’s find hope in the waiting. For in the waiting God is preparing. And his preparation will one day bring about the fullness of time needed for Christ to come again.