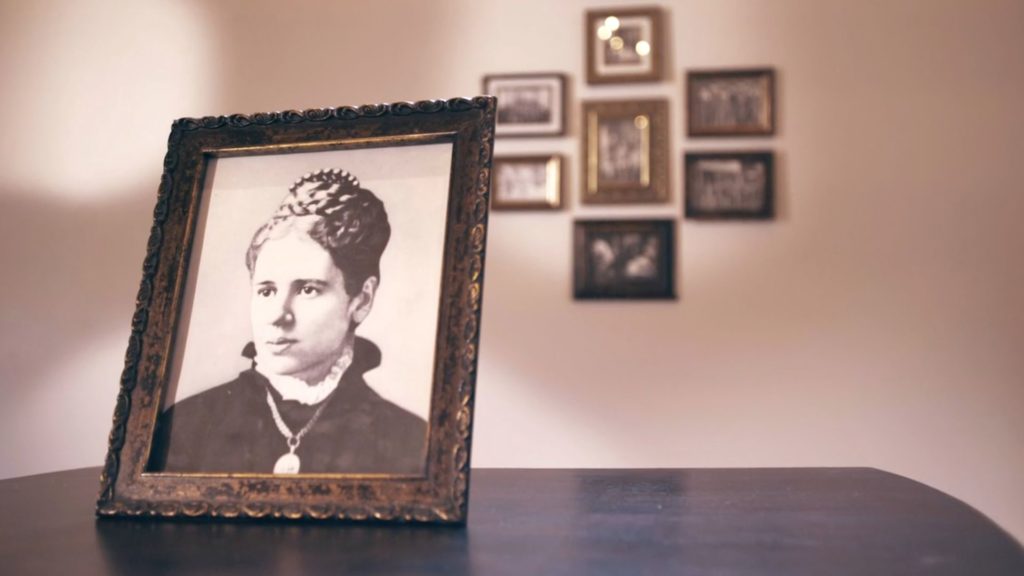 A few years ago, I read the SBC president at the time was considering different gavels for presiding at the SBC Annual Meeting. One of the options under consideration was the Armstrong gavel. I sent him an email with this message:

This weekend I did a bit of reading on Annie Armstrong and was inspired anew. Attached, please find 50 reasons why I’m advocating for an Annie Armstrong gavel. Annie was tireless in her efforts on behalf of Southern Baptists. We all enjoy the fruits from the toil of her labor.

Annie Armstrong and the creation of the WMU

As a young adult, Armstrong helped Southern Baptists open and sustain foreign missions fields. No doubt, participating in the dedication services sending Lottie Moon’s sister, Edmonia, to China and William and Anne Bagby as the first missionaries to Brazil had a profound impact on her life. She developed a lifelong friendship with Anne.

With encouragement from Lottie Moon, Armstrong helped Southern Baptists continue to channel their energies toward missions with the launch of the Woman’s Missionary Union on May 14, 1888. At the meeting, Armstrong’s sister Alice read a paper titled, “Special Obligations of Woman to Spread the Gospel.”

Armstrong was elected as the first corresponding secretary of the Woman’s Missionary Union and would fill the role (unsalaried) for 18 years. During her first year, Annie personally wrote 637 letters and 182 postcards. She doubled the letters written the second year, and in the third she sent 2,737. In 1894, she wrote 17,718 letters.

Her writing hand was damaged permanently by this effort and never regained its strength.

All money collected by the organization would go to the mission boards. The first offering was at the request of the Home Mission Board to build a church and enlarge a cemetery in Cuba. The second WMU offering was to raise money for two female missionaries to help Lottie Moon in China. WMU members gave enough to send three women to China.

Because of Armstrong’s efforts, Lula Whilden was appointed in 1887 to work with Chinese in Baltimore and Marie Buhlmaier was appointed to work with German immigrants. In addition, she petitioned the Home Mission Board to send a missionary to work with Italian immigrants. Armstrong advocated for the appointment and financial support of the first black female missionaries by the Home Mission Board and worked to help Native American women organize for missions. She welcomed the first two Native American women as delegates to the WMU, SBC, Annual Meeting in 1896.

In 1894, both the Home Mission Board and the Foreign Mission Board were in debt. Armstrong rallied WMU to join with the SBC to wipe out the Foreign Mission Board’s debt, raising even more than asked. For years, she even wished Southern Baptists would make provision in their wills for the work of the mission boards. And in 1899, Armstrong worked out a proposal encouraging legacies to the boards. Likewise, she worked with the boards to establish an annuity for their missionaries.

Ever the encourager, Armstrong made a 4,000 mile, 40-day trip to Oklahoma (via train, carriage and horseback) in 1900 with the hope of doing unifying work in the territory. Many people in her day used the word indefatigable to describe her.

She had seemingly unlimited energy and a deep inspiration to work. She was untiring, resourceful and persevering. Her spirit was indomitable.

Annie Armstrong had a profound and unprecedented impact on SBC missions – both in North America and around the world – that continues to resonate today in our collective Southern Baptist work and life. As you give to the Annie Armstrong Easter Offering, remember the legacy of this indomitable leader whose influence is still being felt today.