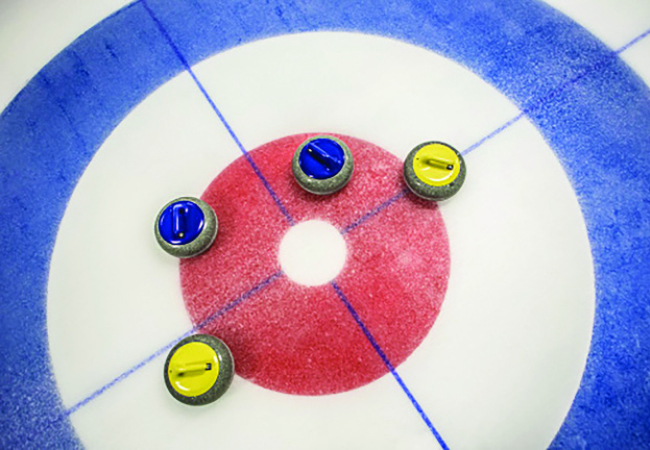 It was like the famed home run statistic that had to be followed by a special notation (61*). The stats from the initial Covid year had to be footnoted, when many churches closed for months and all the usual measures of productive ministry dropped precipitously. We thought future generations must understand the exceptional nature of that year, as attendance and baptisms, missions participation, and giving tanked. It wasn’t always this way, we hoped the asterisk would indicate. And we were sure it was a one-time drop.

If a picture from the sports world helped us explain what happened to the numbers when the pandemic hit, then maybe an image inspired by the recent Olympic competition
will depict the year that followed.

This was our “biter” year.

At the Winter games in Beijing, the curling teams took to the ice. One player gripped the stone, aiming and pushing until the point it must be released toward the target 150 feet away. Two or three team members skated just ahead of the 40-pound rock, furiously scrubbing the ice with brooms to ease its slide to the target.

We held our breath. Some stones hit the center. Some just grazed edge. That’s called a biter.

Welcome to the tally of church statistics from 2021, the year we all hoped for a dramatic return from the painful declines of our pandemic experience. But the totals from all our churches compiled in the Annual Church Profile (ACP) report just grazed the edge of their targets—at best. As we examine the findings, two questions arise: Why? And What happens next? 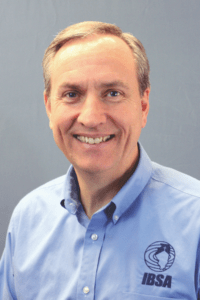 “I think we all hoped that the bounce-back from the pandemic would be well underway by the end of 2021,” said IBSA Executive Director Nate Adams. “But if you research the Spanish Flu of the early 1900’s, you’ll find that it began in February 1918 and ended in April 1920, and that was during a day when global travel and interaction was much more limited. Fortunately, worldwide pandemics don’t happen often, but it’s not unprecedented for them to last two or more years.”

So do their effects on personal habits, mobility, and church life.

While we all hoped that worship attenders would return as soon as normal services resumed, the repeated waves of Covid and its variants created an atmosphere of uncertainty. Habits were broken. Many churches plumbed what might be called their base of support.

Anecdotally, pastors have referred to the stalwarts who have returned as quickly and frequently as possible, while the twice-a-month worshipers became monthly attenders—or less. In IBSA churches, which all told reported a 9.5% drop in attendance in 2020, were hit even harder in 2021—down another 23.8%.

Yet, the trend in baptisms was the opposite. Down 42.5% in the first Covid year, baptisms were nearly steady in the second year. And professions of faith showed a dramatic recovery of one-third between the first and second years of the pandemic.

The ACP reporting device doesn’t ask why professions of faith rebounded, but the urgency of the time and constant news reporting on Covid deaths certainly could have contributed to the felt need that resulted in salvations. God uses trials to draw people to himself. Churches responded with gospel witness, be it in person or online.

“I think pastors are always at their best when they are both loving and patient with the people of their congregation,” Adams said. “Genuine pastoral care, even expressed from a distance, will encourage people to come back to church when they feel safe to do so. Cajoling can have an opposite and unintended effect.”

Sunday School attendance is one example where broken habits may be hard to recover. Like AM worship attendance, Sunday School was down almost one-third in its second year. But a positive turn was the recovery of Vacation Bible School, which had been almost wiped out in the summer of 2020.

Service through missions projects is another ministry area that took a second secondary hit. Hovering around 20,000 participants in IBSA churches for the better part of a decade, missions participation declined about 22% in 2020 and again 17% in 2021, dipping below 13,000 people engaged. Local missions suffered most, as people choose to stay home and stay safe. Even the growing number of food distributions supplied by Illinois Baptist Disaster Relief through local churches could not make up for the losses in the customary seasonal outreach activities and mission trips.

As doors open for visits to areas and people groups off limits in the past two years, local and state missions may prove to be a ready means for reconnecting church members with ministry. Interest expressed in IBSA Summer Camps for 2022 may be another indicator that people are ready to reconnect with ministry—and with each other.

“Churches have experienced big dips in both gathering and in going. But giving did not dip nearly as much, and is coming back to pre-Covid levels much more quickly,” Adams said. Undesignated giving to churches more than recovered from 2020 losses (up from $90.4 million to $95.3 million). Switching from passing the plate to online giving and “boxes by the door” proved that innovation can produce meaningful acts of worship. Cooperative Program giving showed an increase of almost $400-thousand.

“Giving is certainly a bright spot, even in the 2021 data,” Adams said. “It’s also encouraging to see VBS participation bouncing back more quickly. And while gathering for baptisms is still a challenge, the number of professions of faith was back up 31% in 2021. I hope those professions of faith will be expressed in many, many baptisms in 2022!”

If nothing else, we’ve learned not to make predictions in a pandemic. So, asking what’s ahead for our churches is a little like skating beside the curling team—working hard to smooth the path, releasing the stone in faith that it will reach the goal, and waiting.

Speaking to Southern Baptist communicators meeting in Florida in February, researcher and pundit Ed Stetzer pointed out that the metrics facing our churches are not new. Southern Baptists are on a nearly 50-year statistical decline. Historically, the highest attendance the convention experienced was in the 1950’s. During those stabilizing post-war years, churches emphasized Sunday school enrollment campaigns and reaped the benefits of a culture and communities friendly to evangelicalism.

But it was in the turbulent 1970’s, when the denomination began to face serious internal strife, that the SBC experienced its highest convention-wide baptism totals. In that period, trial and growth went hand-in-hand. Stetzer called for unity and focus in what is now the pandemic era. “We need to focus on what we have already defined to unite us—the Baptist Faith and Message and the Great Commission,” he said.

Along with a slough of cultural and social issues, our churches today face the ongoing challenge from losses due to the pandemic. The recovery isn’t over. Tired pastors and churches may be tempted to accept attendance one-quarter lower than just two years ago as their new normal. Even flagging online views cannot make up for so many empty seats.

“I preached recently on the spiritual discipline of simplicity, and how many things can distract us from the most important things,” Adams said. “So yes, I think the interruption of ‘normal’ in recent days is a real opportunity for churches to ask what’s most important, and to focus on those things.

“During a challenging season a few years ago, a friend said to me, ‘I wish you had the opportunity to lead us during better times.’ While I deeply appreciated what he was trying to say, I thought to myself, ‘Lots of people can lead during good times. I’m here to lead us through this tough time.’

“And that’s what I would say to pastors,” Adams said. “Be the kind of servant leader who leans into tough times. That’s when you really grow and learn to trust God. Anyone can lead when it’s easy.”

– with additional reporting by Ben Jones in Key Largo, Florida. 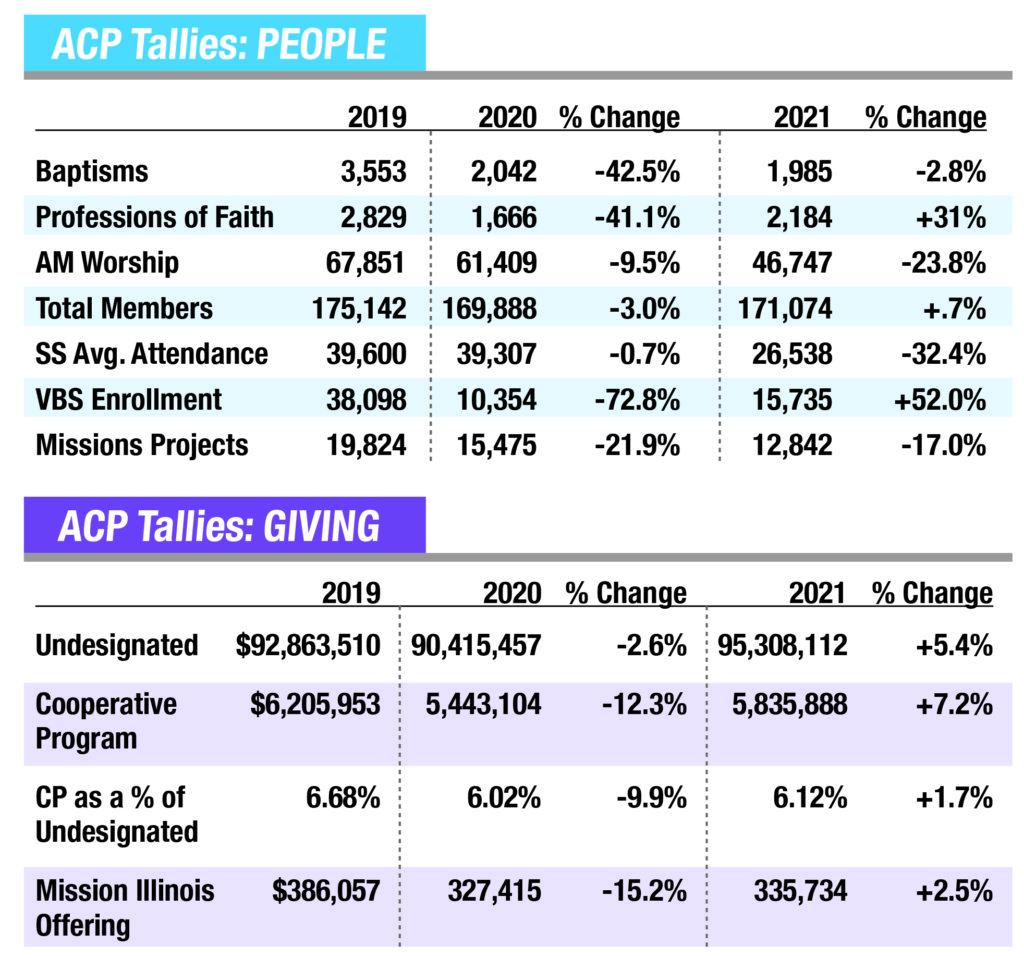