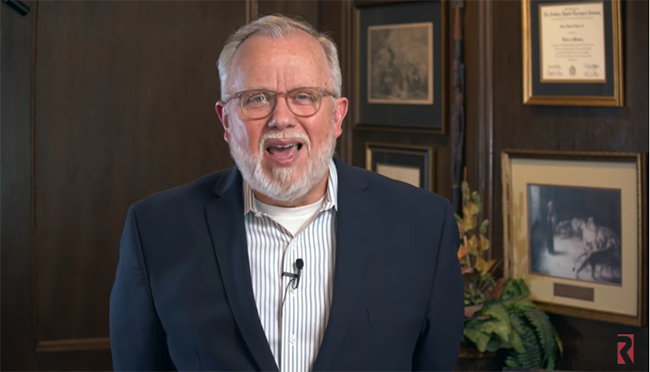 Southern Baptist leaders in Illinois expressed surprise that Ed Litton chose not to seek the customary second one-year term as SBC president. Litton’s announcement on March 1 marks only the second time in forty years that an incumbent president has not pursued a second term.

The church Litton serves in Mobile, Alabama posted a YouTube video of Litton explaining his decision. He wants to spend the next five to ten years of his ministry working toward racial reconciliation, and he said he believes he can better engage that work from a pastoral position than from an elected office.

“The announcement by President Litton really caught me by surprise,” said Adron Robinson, an Illinois representative on the SBC Executive Committee and pastor of Hillcrest Baptist Church in the Chicago suburb of Country Club Hills. “Dr. Litton has done a good job of leading the convention through a very turbulent year, and I was hoping that his second term would be more peaceful,” Robinson said.

IBSA Executive Director Nate Adams also characterized Litton’s term as “difficult.” “I appreciated Dr. Litton traveling to Illinois in January as SBC President, to share with us during our 2022 Midwest Leadership Summit,” Adams said. “He came into the SBC presidency at a difficult time, and I’m grateful for the grace with which he has led during his time in that office. I certainly wish him well as he now sets out to pursue this new ministry of racial reconciliation.”

Litton himself said “that it’s been a difficult year,” and took responsibility “for mistakes I made in the preparation and delivery of particular sermons”—an acknowledgement of the plagiarism accusations Litton addressed and apologized for early in his presidency. He quoted from sermons by his immediate predecessor J.D. Greear, which Litton said he did with permission.

While in office, Litton appointed a task force to oversee an investigation of the SBC Executive Committee as it faced accusations of not appropriately handling claims of sex abuse within the denomination. His tenure also coincided with the resignation of Ronnie Floyd as President and CEO of the Executive Committee, which was connected to the mishandling allegations. The EC had several long and tense meetings over contracting the third-party investigation and whether to surrender attorney-client privilege in the probe, and 18 members resigned.

“Dr. Litton’s compassion and insight have helped us navigate some tough decisions during the last few Executive Committee meetings,” Robinson said. “Dr. Litton had the courage to address two of our convention’s greatest problems, racism and sexual abuse. I pray that the next SBC President will continue this Great Commandment work.”

Litton has talked about “the stains” of racism and abuse in recent months, notably at the Midwest Leadership Summit and at the February EC board meeting. He has been active in racial reconciliation in Mobile, and with church leaders from Montgomery, Alabama, and Charleston, South Carolina. Litton has a reconciliation plan in development and has conferred with prominent Dallas pastor Tony Evans and the SBC’S only African American president, Fred Luter of New Orleans. Litton has not revealed the details of his project. Prior to his announcement, it was anticipated Litton might unveil it in time for the 2022 Anaheim convention.

“I look forward to learning more about his plans and program at the SBC Annual Meeting in June,” said Sharon Carty of Carlinville, Illinois’ second representative on the EC. “I was surprised to learn of Dr. Litton’s decision to not seek a second term as the SBC president. I do respect his decision to return to the local church and pursue his plans at that level.” 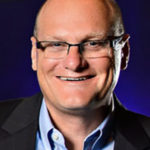 The morning after Litton’s March 1 statement, the pending nomination Clearwater, Florida pastor Willy Rice was announced. Rice delivered the Annual Sermon at the 2021 convention in Nashville and has served as president of the SBC Pastors Conference.

The last time an SBC pastor did not pursue a second term was in 1981 at the Los Angeles convention, which was also the last time the national gathering was held in California. Adrian Rogers declined to run again, allowing evangelist Bailey Smith to secure the first of two terms. Smith repeated as incumbent in the 1982 convention in New Orleans with more than 20,000 in attendance. The move clinched the conservative hold on the presidency and the nominating process for SBC entity trustees.

–Eric Reed, with additional reporting by Lisa Misner and info from Baptist Press