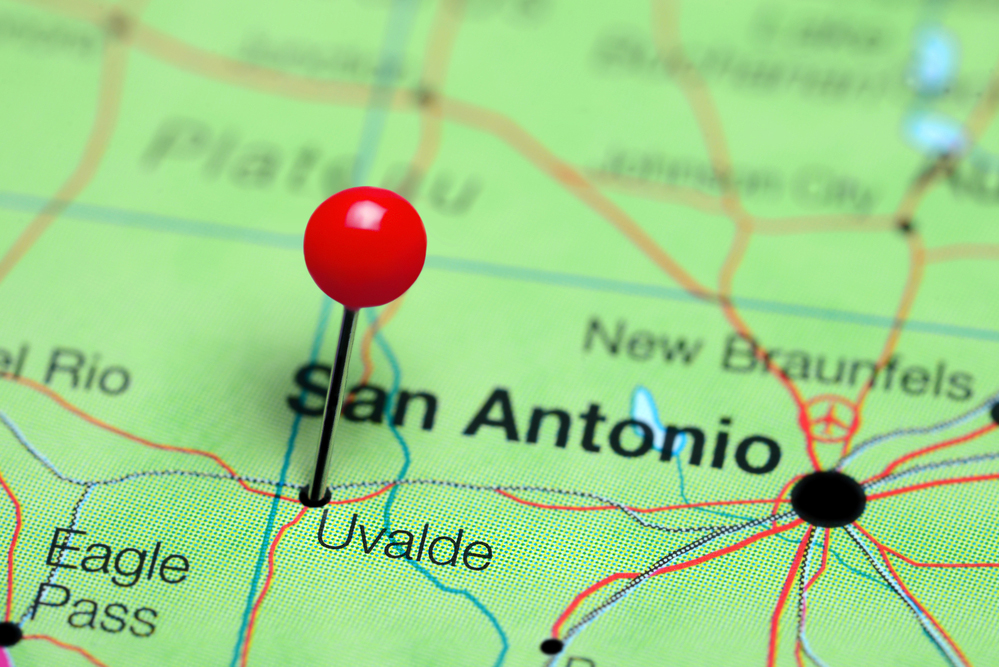 If Greg Zanis hadn’t died in 2020, he would be headed to Uvalde, Texas right now. Or Buffalo, New York. Or Laguna Woods, California.

The Aurora, Illinois carpenter built crosses to place at the sites of mass shootings, each with red heart and the name of a victim on it. I first noticed 15 crosses outside Columbine High School in 1999. There were 27 crosses at First Baptist Church of Sulphur Springs, Texas in 2017, and at so many places in between.

That’s how many people died in mass shootings since Zanis started setting up shrines in 1996. He called his work Crosses for Losses. We needed Greg Zanis in May.

Perhaps prompted by the shootings at Charleston’s Mother Emanuel Church or Tree of Life Synagogue in Pittsburgh, the church where I’m a member enjoyed a police presence on Sundays for a while. We hired an off-duty deputy to park his squad car out front and to sit just inside the front door. It was comforting to find him already there when I arrived. And we thought it served several worthy purposes: to deter attackers, reassure worshippers, and expose a member of law enforcement to the gospel through the lobby speaker system once a week.

Covid shut that down. And since we all returned, we’ve fallen to the same delusion that blinds everyone else: It can’t happen here.

I noticed a graduate of the police academy in our congregation a couple of weeks ago. He had a baby in one arm and a telltale bulge under the other. The site nudged me to bring up the security question at the next elders’ meeting.

About the time I was noticing that voluntary protection in our own service, a pastor in California was wielding a chair as a weapon. He took down a gunman who had stopped to reload after killing one church member and wounding five others. Two men tackled the assailant and held him down until police arrived.

This was one day after 11 people were killed in a Buffalo supermarket in a racially motivated shooting spree.

Yes. It has come to this. In our churches, stores, clubs, theaters, streets, and schools. Once again, in our schools.

What shall we say about 19 elementary children and two staff murdered in Uvalde, Texas? People on television groping for answers will use the same expressions we’ve all heard before. It’s senseless. It’s inexplicable. It’s pure evil. Surely there’s something else to be said.

After the mass killing of 20 first graders and six teachers in Sandy Hook, Connecticut in 2012, I wrote about a laser tag battle that a friend of mine took his teenage son to play regularly. It’s an electronic version of paint ball where kids in combat gear practice shooting each other. “He’s a good kid,” my friend said. “He deserves an outlet.”

“They’re learning to kill people,” I objected, a little too loudly.

But ten years later, I still don’t think it’s a game because mass shootings, often by dejected young men, keep happening. We’ve allowed an entire generation to grow desensitized to the innate worth of people made in God’s image. With violent video games, gory movies, and war news on all our screens all the time, there’s no escaping the elevation of death or the devaluing of human life.

For the church, we obviously have responsibility to protect people in our care. That means improved security measures, renewed safety training, and all those things we were doing pre-Covid. But is it time to teach again the value of human life?

God breathed his own breath into Adam (Gen. 2:7). He made life sacred from conception to eternity and every point in between, but the lonely, the hopeless, the angry don’t feel their own lives are worth anything, much less anyone around them. Salvation is more than a plan for the hereafter; it’s a plan for the here and now. To paraphrase from Paul, how will they hear it if they don’t hear it from us.

That’s a reason to live, for all of us.