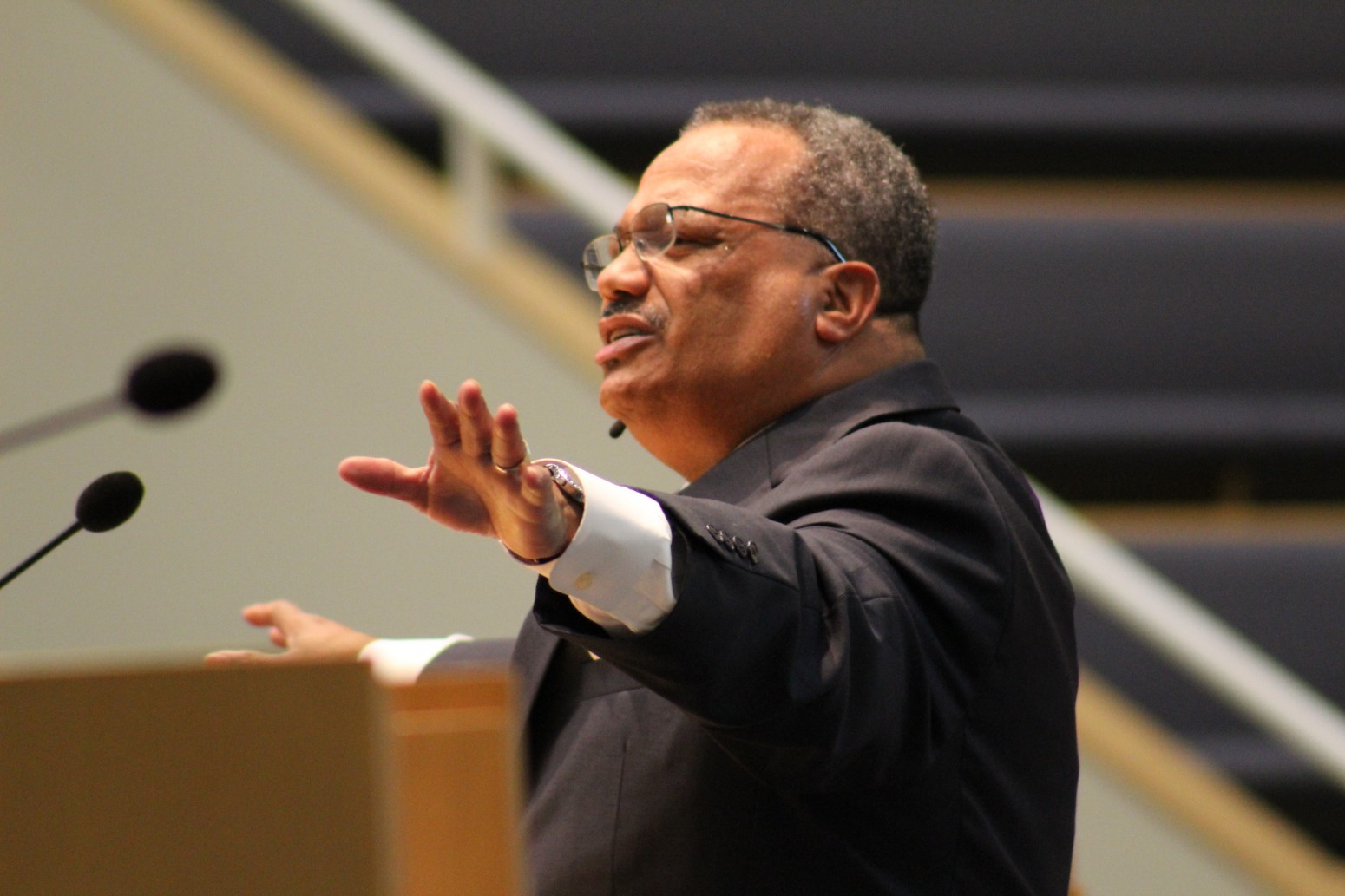 (Broadview) – Whatever happens in the general election, preach the Word—and stick to the Word—speakers at the 2016 IBSA Pastors’ Conference exhorted their audience. The first day of the meeting at Broadview Missionary Baptist Church in metro Chicago coincided with the concluding games of the World Series, so several the speakers got in on the Cubs banter, but ultimately they stuck to the Word. 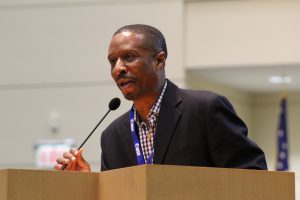 “We think about what’s going on in our world today,” said pastor David Sutton of Bread of Life Missionary Baptist Church in Chicago, who also served as president and organizer of the event. “So much grief,” he said, referring to a record number of shootings in the city the previous weekend. “When I think about this being an election year, it seems to further exacerbate things—there are so many things we can allow to divide us—even where we live, if we live in a rural town or a large community.”

The theme for the conference is “Crossroads, our pathway to reconciliation,” building on the “Cross Culture” theme of the IBSA Annual Meeting which will follow the pastors’ gathering.

“I believe God has called us together for such a time as this, even as we stand together in such a divided time,” Sutton said, pointing out the dichotomies of Illinois’ geography and population. “We come from so many different groups and backgrounds, [but] even in our differences we can come together…. I heard one preacher say we may not agree on everything, but that doesn’t mean we can’t walk together hand-in-hand.”

The featured preachers built on that theme, repeatedly igniting the crowd of pastors from Northern and Southern Illinois, black and white and Hispanic and Asian, in cheers and applause.

“If God can change you and me, the same God can change their lives,” said Fred Luter, pastor of Franklin Avenue Baptist Church in New Orleans, speaking of lost people, particularly those engaged in drugs, gang activity, and a litany of sinful lifestyles he enumerated. 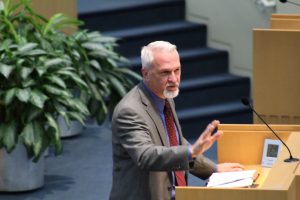 Illinois pastor Scott Nichols of Crossroads Community Church in Carol Stream, said “reconciliation is painful, hard work” but it’s our calling for “those in the grip of sin…because God’s done reconciliation in my life. Our purpose is not growing our church. The purpose is making us like Christ. The purpose is winning the world to Christ,” Nichols said.

Politics was overshadowed by Gospel in the preaching and in the breakout sessions. “Leave the political stuff alone, that is only going to divide,” said Ron Gray, pastor of The Connection Church in Chicago, in a breakout session. 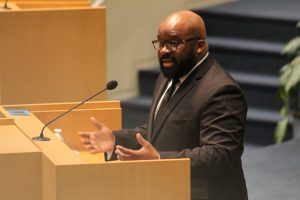 “With all this is going on around us, someone should be asking ‘Is God trying to tell us something?” said H. B. Charles, Jr., a skilled expositor and pulpiteer from Jacksonville, Florida.

“God speaks by his actions, but God also speaks by in his inactions.” There is the wrath that is due man’s rebellion, “and there is the wrath of abandonment” for those who persist in the sins listed in Romans 1, as God turns them over to the outcomes of their sins.

As several speakers said, whatever the outcome of the election on November 8, the next day God will still be on the throne and in charge. “I was tempted to label this sermon the unelected and unimpeachable king!” Charles said. “His almighty Son has already been appointed King, and he is not up for re-election.”

“Thank you, Lord!” came the reply from the pews.