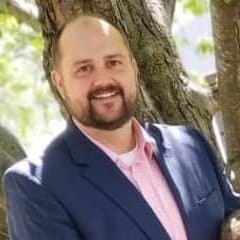 Just like many others, what I had read on the internet prior to the 2021 Southern Baptist Convention had me primed to walk into a contentious Annual Meeting. Social media gave the meeting all the makings of a good old-fashioned church fight discussing what color carpet we were going to choose for the sanctuary.

Thankfully, that was not my experience at all. I experienced a sweet spirit of fellowship, family, gospel-centered and saturated programs, corporate prayer and worship, and harmony even in times of disagreement.

I experienced 21,000 church members (nearly 16,000 registered messengers) who came together from over 47,000 SBC churches for the sake of the gospel. This was displayed by the way we prayed together, worshipped together, commissioned 64 foreign missionaries together, and simply loved one another.

Were there disagreements during the times of business? Certainly! But the majority concerned how to best address issues that we were already unified on. For example, how do we best address the issue of the abolition of abortion from our culture? Not one person in the room was against the abolition of abortion. We did have differing opinions on how we as a convention should work together with our representatives to get this accomplished. To me, this is not discord, but rather healthy discussion to push our agenda forward.

Leading up to the Annual Meeting, many people have been very afraid of a drift to the left within the SBC. We are not immune to a leftward drift that has ensnared so many, once-conservative denominations. In such, we should be very cautious, always examining where we stand and making strides to be as biblically aligned as possible. However, I did not sense a leftward drift in this meeting. In fact, I believe that this convention proved that we are primed to be stalwart in our biblical convictions for the foreseeable future.

Let me give you a few reasons to be hopeful for the future of the SBC.

These are just a few reasons to have hope that the SBC is not sinking a sinking ship, no matter what “Joe Blow Blogger” might say. I love the Southern Baptist Convention. I am a proud to be a part of this association of churches. Many who know me personally know that I would be the first to pick up a sword and fight to save our convention if I sensed it was being attacked by liberalism. For today, my sword will stay in my scabbard, and I’ll rejoice at what God is doing through the vast army of Southern Baptists all over the world for the cause of his name.

Carlton Binkley is pastor of Tabernacle Baptist Church in Decatur.