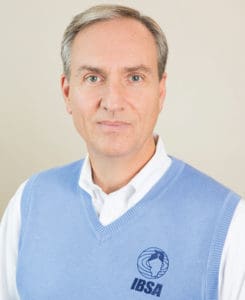 “The Wizard of Oz” is said to be the most viewed film in movie history. Made in 1939, this classic production has certainly had more years than most to gain that notoriety.

But it didn’t premiere on broadcast television until 1956. And as a pastor’s son growing up in the 1960s, “The Wizard of Oz” was still a rare adventure for me. You see, for years it was only broadcast annually, on a Sunday night. And though I confess to asking often if I might stay home and watch it on our black-and-white TV, I somehow always found myself in our Sunday night church service instead.

Finally one year I was lucky enough to get the chicken pox on Wizard of Oz weekend. In fact I was hospitalized, so I even got to see the wonderful land of Oz and all its amazing characters in living color!

Perhaps because color TV was so new to me, I focused a lot more on the Oz part of the story than I did the Kansas part. So it wasn’t until years later that I realized—spoiler alert —that the actors playing the everyday Kansas characters were the same actors that played the fantastic characters of Oz.
I was using the film as a teaching illustration one time and found myself viewing the closing scene with entirely new eyes. As a boy, I felt the return to drab, black-and white Kansas was a little anti-climactic. “What! You mean Oz was all a dream? Now Dorothy is back on a dusty farm with no witches or flying monkeys, no talking scarecrows and lions?”

But Dorothy doesn’t see it that way. As amazing as her adventure in Oz had been, she was overjoyed to be back with the real people she loved, in the real place she called home. Now we all gleefully quote her closing line in the film, “There’s no place like home!”

During our own current, rare adventure that we call the Coronavirus pandemic, I think we could all benefit from the lesson Dorothy learned during her adventure in Oz.

There will be a day when we wake up and realize that the pandemic is behind us. The masks and social distancing, the precautions and limitations, and even the public controversies and disagreements will still seem very real, yet like a dream.

You see, there’s a sense in which not just the pandemic, but our entire lives here on earth, are the dream. And when we wake up in eternity, we will see clearly that “home” is the presence of our Savior, and the fellowship of others who were following him to heaven, including those we invited to come during the rare adventure of our lifetimes. And of course that’s when we will know for certain and for eternity, that there is no place like home.

The first time I recall feeling old I was only 34. I was the pastor, and the youth minister, a decade younger, had let me know by some word or look that I was not in touch with what the students were thinking on a particular issue. That may be when I realized that keeping […]

Question: Our daughter professed faith in Christ as a child, but now she’s having doubts about whether God even exists. The doubts have caused major upheaval in her life, and in our life as a family. What can we do? Answer: The situation you describe is common with teenagers. It is all too easy to […]

I love being in a room where I’m meeting women in our IBSA family. As I talk to them and learn more about their stories, I start to get a sense of their scars—those things that have cut deeply, caused trauma, and left a mark. We all have multiple scars, and in those rooms, I […]

Just as the semitruck full of food pulled into the parking lot at Second Baptist Church in Granite City, the skies opened up, said Pastor Chris Sedabres. But even as the rain poured down, people came to the church to receive free groceries and supplies. And many of them stayed to help, Sedabres said. “We […]

Jacksonville | Tie-dye, popcorn, friendship bracelets, pizza, karaoke, ice cream, sardines (the game, not the food), and of course, solid Bible teaching. Oh, and no sleep. In this year of social-distance, it was essential. And it was definitely AWSOM. This was my first year as a chaperone for the teen girls’ conference IBSA hosts each […]

Editor’s note: The Lottie Moon Christmas Offering and Week of Prayer for International Missions is Nov. 29-Dec. 7. Anim* remembers the day when an old fortune teller told her mother that Anim had the gift of sight. “My mother and my grandmother were both fortune tellers,” she said, “so my mom wasn’t surprised when the […]