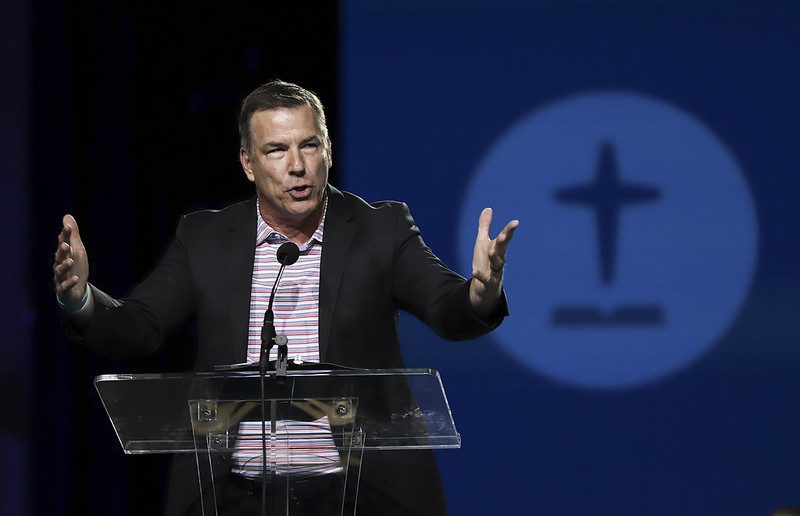 “The recommendations before you are not from Guidepost, they are from the task force,” Bruce Frank, chairman of the Sexual Abuse Task Force told messengers as they prepared to vote on a set of history-making recommendations at the SBC Annual Meeting June 14-15 in Anaheim, Calif. The task force was assigned and authorized by action of the 2021 Southern Baptist Convention.

Messengers to the 2022 Southern Baptist Convention overwhelmingly raised their yellow ballots by an estimated 90% to vote to approve the recommendations which included the creation of a database of offenders and an Abuse Reform Implementation Task Force to oversee its implementation and the establishment of a reporting structure.

It was a turning point for the Convention, whose former Executive Committee had held for the last 15 years that Baptist polity would not allow for the creation of any type of pastor sex offender database. However, a report ordered by messengers to its 2021 Annual Meeting in Nashville and conducted by Guidepost Solutions, revealed a staff member on the SBC Executive Committee had been keeping such a database for over a decade.

Frank, who is also the pastor of Biltmore Church in Arden, N.C., said other entities have used similar databases as those recommended to the SBC. While noting the recidivism rate for sexual offenders is 80%, Frank described the database format as “respect[ing] church autonomy” while providing churches with resources.

Responding to a reporter’s question prior to when the vote for SBC president took place, Frank said the next president and who he picked to serve on the new task force would have a “big impact” on its success.

He also stressed the importance of task force members developing good working relationships because “they’ve got a lot to learn” with “a steep learning curve.”

Looking out at the gathered reporters Frank said he was taught many things in seminary but, “As a pastor you’ve got a lot to learn about looking someone in the eye who’s gone through that.” 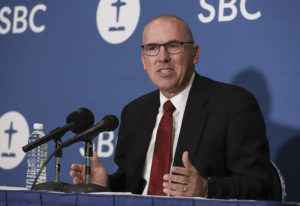 Later that same afternoon, newly elected SBC President Bart Barber held a press conference where he told reporters, “Sexual predators have used our decentralized polity to try to turn our churches into a hunting ground. And yet, our decentralized polity can become, rather than a hunting ground in which predators brutalize their prey, a place where sexual predators are put on notice that the tables have turned and where the hunter is now the hunted.”

Barber shared the qualification’s he’ll look for when appointing members to the new task force. They include diversity and individuals who are trauma informed. He also stressed a need for them to “understand Baptist polity” and “have strong relationships across” the SBC. “They’re also going to have to be people who see and understand the problem that we face and who are doggedly committed to the goal of making our convention healthier.” That includes he said, “Our ability to prevent abuse and to respond appropriately to abuse.”

Frank said the work in the days ahead will have “a lot to do with transparency, but really, it’s a lot to do with communication. How does a shepherd talk to another shepherd about to deal with a wolf around its congregation?”

While that task force has completed its work, the work is just beginning for Southern Baptist Convention churches. Frank noted, “As important as I think today was, I think the days ahead are even more important.”