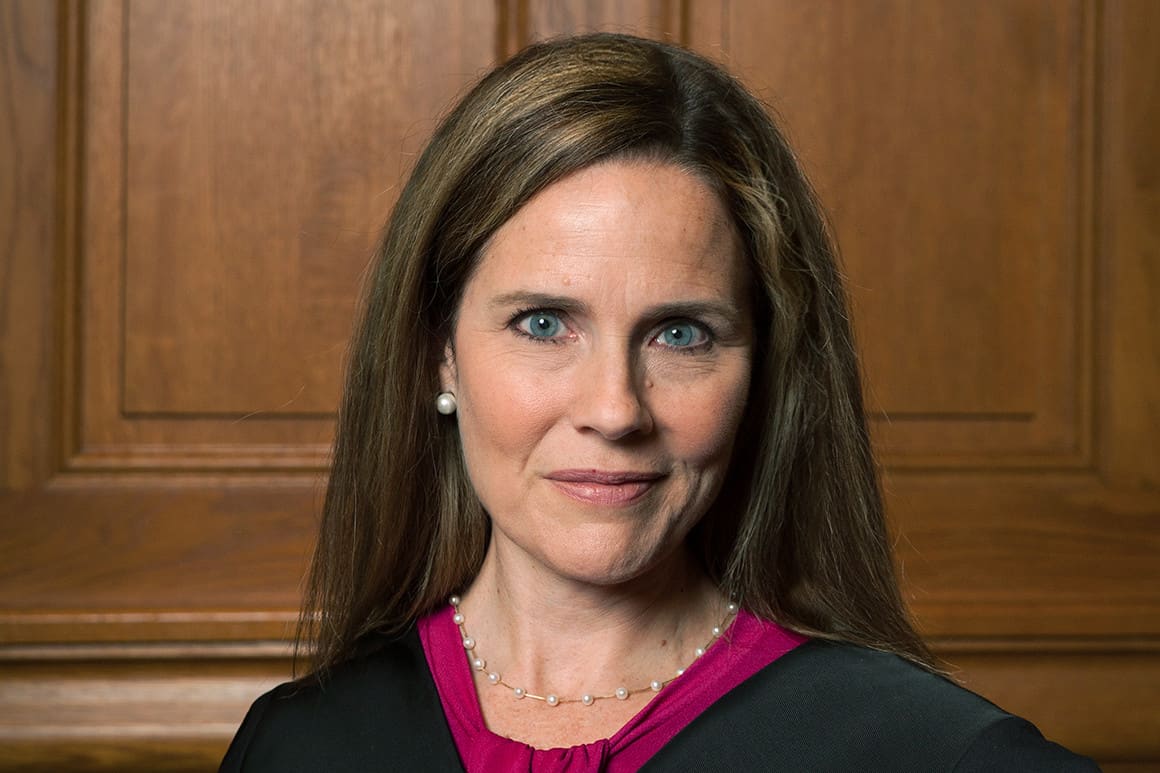 President Donald Trump’s announcement Sept. 27 that he will nominate Judge Amy Coney Barrett to the U.S. Supreme Court brought into sharper focus a reason that evangelicals supported the Republican in his first campaign—a president’s influence on the federal courts.

After a slow start, the Trump administration’s nominations to federal benches picked up speed. The White House has appointed more judges than in any previous single term, including two to the highest court. If confirmed, Barrett will fill the vacancy left by Justice Ruth Bader Ginsburg, who died Sept. 18.

Barrett, a judge on the Seventh Circuit Court of Appeals in Chicago, is known to be a committed Catholic. She and her husband, Jesse, have seven children, including two adopted from Haiti. She adheres to the originalist judicial philosophy championed by late Justice Antonin Scalia, whom she clerked for in the late 1990s.

“A judge must apply the law as written,” Barrett said after Trump announced her nomination. “Judges are not policy makers, and they must be resolute in setting aside any policy views they might hold.”

Barrett’s faith could play a key role in her confirmation hearings. During a hearing for her appointment to the Seventh Circuit, Sen. Diane Feinstein (D-CA) said of Barrett “the dogma lives loudly in you.” Since then, some have echoed Feinstein’s concerns that Barrett’s faith will unduly influence her judgment, while others point out that applying a religious test for judicial appointments is unconstitutional.

“No serious person actually believes that Judge Barrett would be a theocrat imposing her religious views on a pluralistic republic,” said Russell Moore, president of the Ethics and Religious Liberty Commission. “In fact, her record shows otherwise, as confirmed even by many who disagree with her rulings.

“We ought then to expect that the debate over Judge Barrett’s nomination would be about her qualifications and her record, not about her personal religious views or affiliations.”

For Trump and former Vice President Joe Biden, the nomination will likely serve as a fresh battleground leading up to the election. And for some undecided voters, the direction of the nation on social issues has resurfaced.

President Trump may be able to turn campaign rhetoric away from Biden’s current main point, the COVID-19 pandemic, toward a stronger point of agreement with evangelicals—a conservative court committed to religious freedom and more favorable to pro-life rulings.

Within hours of Ginsberg’s death, abortion rights advocates were rallying support for Biden, warning another Trump nomination could solidify a conservative court for decades. It could whittle away at—and possibly overturn—legalized abortion.

Pro-life advocates were encouraged by that possibility. “It is at least conceivable for the first time that we have a majority that would overturn Roe, and the battle would return to the states,” Andrew Bath of the Thomas More Society told The Washington Post. And some conservative analysts saw the opportunity to make a nomination as an advantage for Trump, even if a confirmation vote comes after the election. Attorney and professor Michael New of Catholic University told the Associated Press the High Court development could have impact further down the ticket.

“Aggressive criticism of an otherwise qualified Supreme Court nominee may well work to the political advantage of the President and other Republican candidates.”