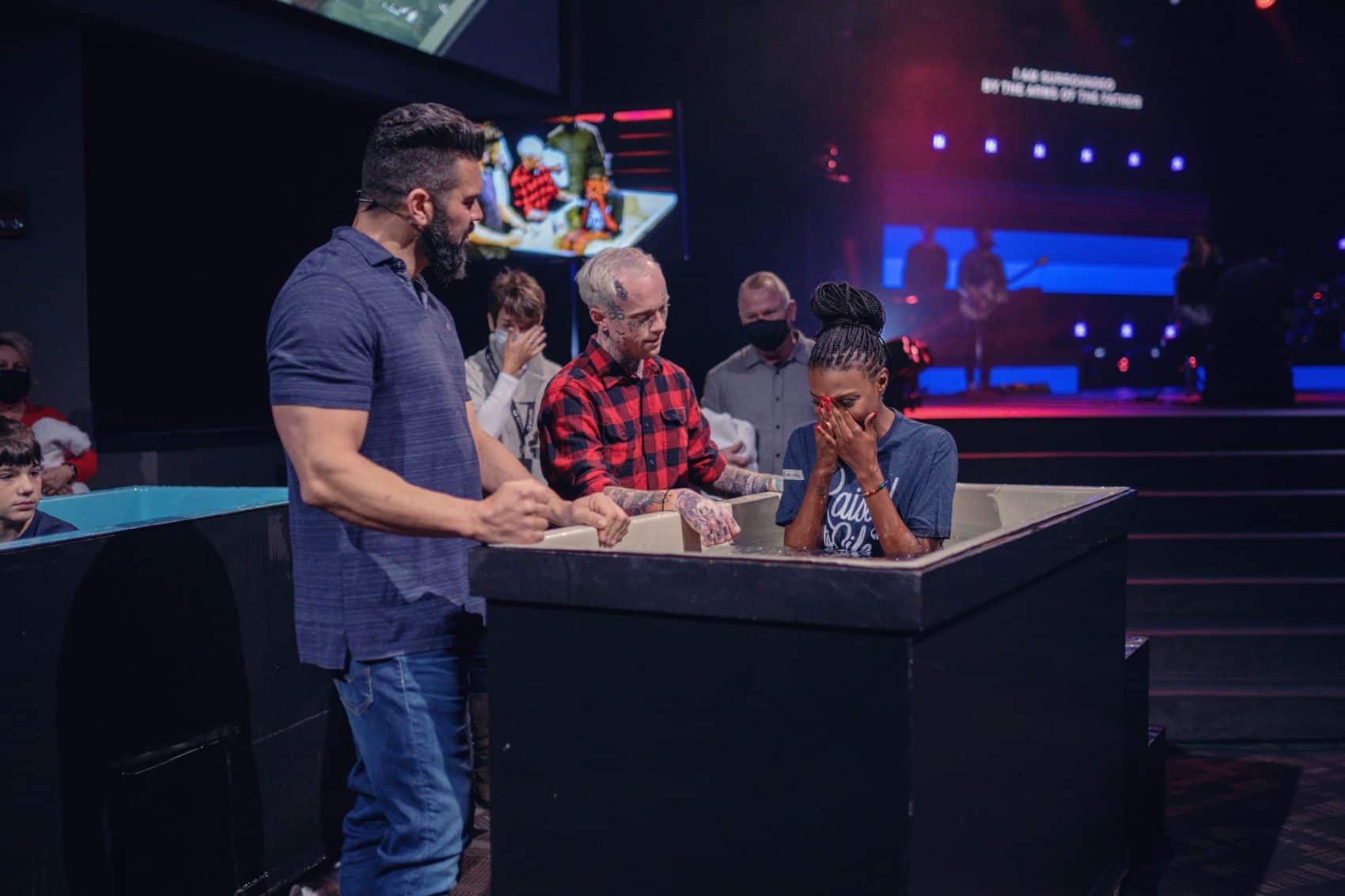 Tennessee congregation baptizes more than 1,000 in four months
Pastor Robby Gallaty describes the revival sweeping his church as “a movement of God that I’ve never experienced.” Long Hollow Baptist Church in Murfreesboro, Tenn., has baptized more than 1,000 people since December 2020. The revival, rooted in stunning testimonies of God’s power to heal and transform, is “a genuine move of God,” said Gallaty (left in photo above). “He gets all the glory.”

Most churchgoers encouraged, inspired after worship
Barna reports the majority of U.S. adults who attend church at least once every six months leave a worship service feeling encouraged, inspired, and forgiven every time or most of the time. Those numbers go up among practicing Christians. Half of churchgoers also say at least sometimes, they leave church feeling disappointed. The other half say that “almost never” happens.

Liberty sues former president Jerry Falwell Jr.
Liberty University is seeking $10 million in damages in a lawsuit against former president Jerry Falwell Jr. He resigned in 2020 amid a series of scandals, which the school claims he kept hidden while creating a “well-resourced exit strategy” from his role via a 2019 employment agreement. Falwell sued Liberty in October 2020 claiming the school had defamed him, but later dropped the suit.

Christian groups urge Biden to raise refugee cap
President Joe Biden’s administration appeared to reverse course on keeping the country’s refugee resettlement cap at 15,000 people, after both Christian and progressive groups urged him to keep his promise to raise it. After initially announcing the cap would remain at 15,000, the White House said Biden will increase the cap on refugee admissions for the remainder of the fiscal year by May 15. The new cap has not been announced.

Court allows Ohio to prohibit Down syndrome related abortions
The Sixth Circuit Court of Appeals narrowly ruled April 13 that Ohio can revoke the license of any doctor who performs an abortion knowing it was because of a possible diagnosis of Down syndrome. The decision upholds the state’s Down Syndrome Non-discrimination Act initially signed into law in 2018. A federal judge later granted a preliminary injunction to Planned Parenthood and Preterm-Cleveland to prevent the law from taking effect.

“Too many have used a diagnosis of Down syndrome as a reason to rob preborn children not only of their inherent dignity but also of their lives,” said Elizabeth Graham of the Ethics & Religious Liberty Commission. “That ought to both break our hearts and shock our consciences.”